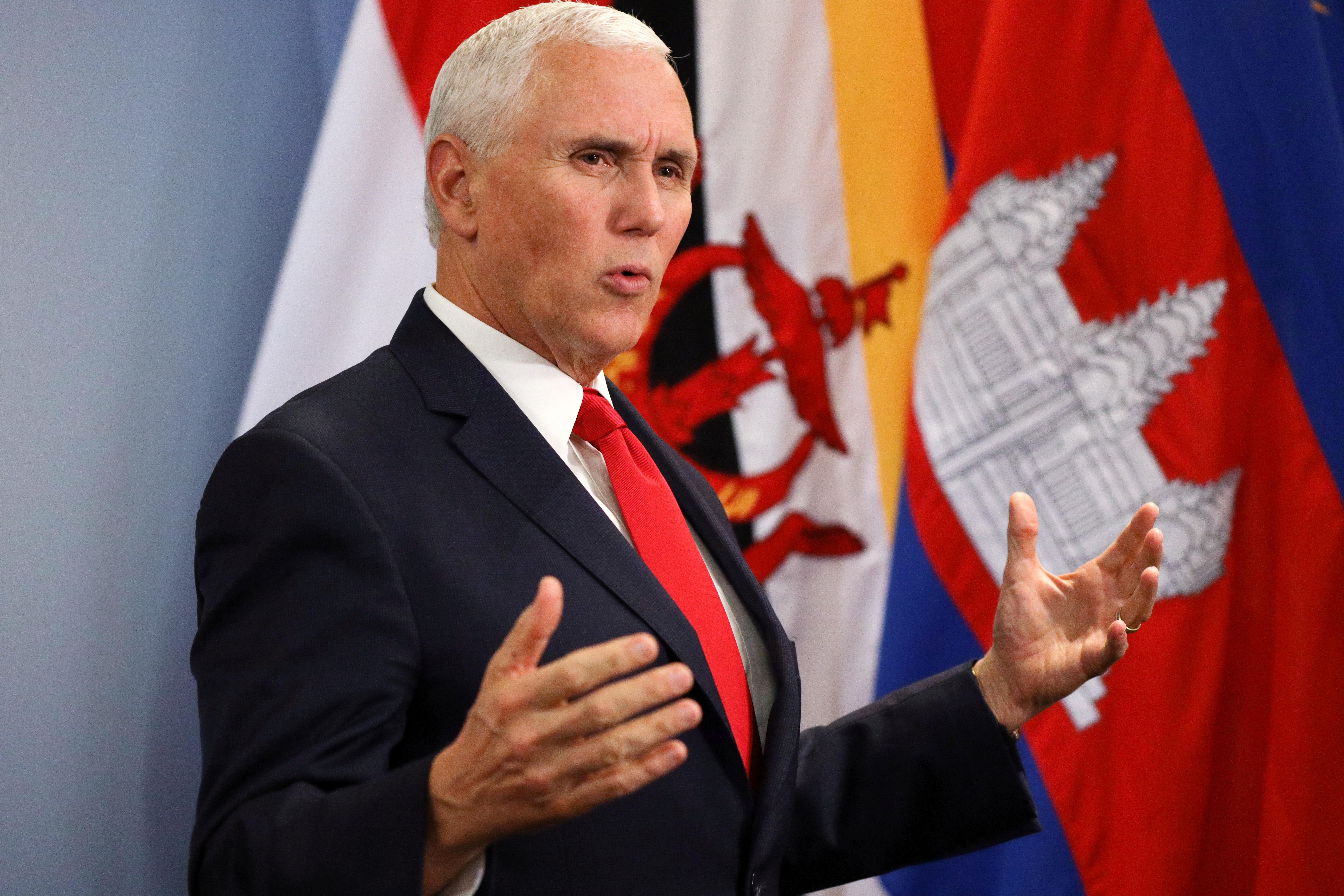 The United States and North Korea have been discussing a second meeting between their leaders to follow up the Singapore summit in June and lay the groundwork for ending a nuclear stand-off between the old foes.

“The plans are ongoing. We believe that the summit will likely occur after the 1st of the year but the when and the where of that is still being worked out,” Pence told reporters after meeting South Korean President Moon Jae-in.

“We don’t want to repeat the mistakes that prior administrations, frankly in both political parties, have made over the last several decades where promises are made, sanctions are lifted, economic support comes and then promises are broken.”

Pence and Moon were meeting on the sidelines of an Asia-Pacific summit hosted by Singapore.

A U.S. think tank said on Monday it had identified at least 13 of an estimated 20 active, undeclared missile bases inside North Korea, underscoring the challenge for American negotiators hoping to persuade Kim to give up his weapons programs.

North Korea had entered into agreements with regional powers in 1994 and in 2005 to dismantle its nuclear program in return for economic benefits and diplomatic rewards, but those deals broke down after Pyongyang clandestinely continued to pursue building weapons of mass destruction.

With scant sign of progress on negotiations since the June summit and recent high-level meetings canceled, Trump said last week he’s now in “no rush” but still wants to meet with Kim for a second time.

U.S. officials have said sanctions forced North Korea to the negotiating table and vowed to keep pressure until complete denuclearization. But North Korea has credited its nuclear and missile breakthroughs for providing it the standing to meet the world’s biggest powers.

Pence said Moon agreed to work closely with the United States toward the second U.S.-North Korea summit, as Washington maintains the “maximum pressure” campaign by keeping the sanctions against Pyongyang in place.

North Korea has not tested a nuclear device or ballistic missile since last year, and has said it has shuttered its main nuclear test site with plans to dismantle several more facilities.

But it has warned it could restart its nuclear program if the United States does not drop the sanctions regime.