The US Air Force will unveil its next-generation stealth bomber, the B-21 Raider, during the first week of December, lifting the tight cloak of secrecy that has surrounded the aircraft’s development.

Northrop Grumman and the Air Force confirmed the timeline for unveiling the B-21 on Tuesday, saying that it will offer an ‘exclusive view’ of the aircraft at the company’s facility in Palmdale, California.

The bomber, which will be nuclear-capable, will cost about $639 million per plane, and the Pentagon plans to buy at least 100 of them to complement and eventually replace the aging B-2 Spirit.

‘The B-21 is the most advanced military aircraft ever built and is a product of pioneering innovation and technological excellence,’ said Northrop Grumman exec Doug Young in a statement. 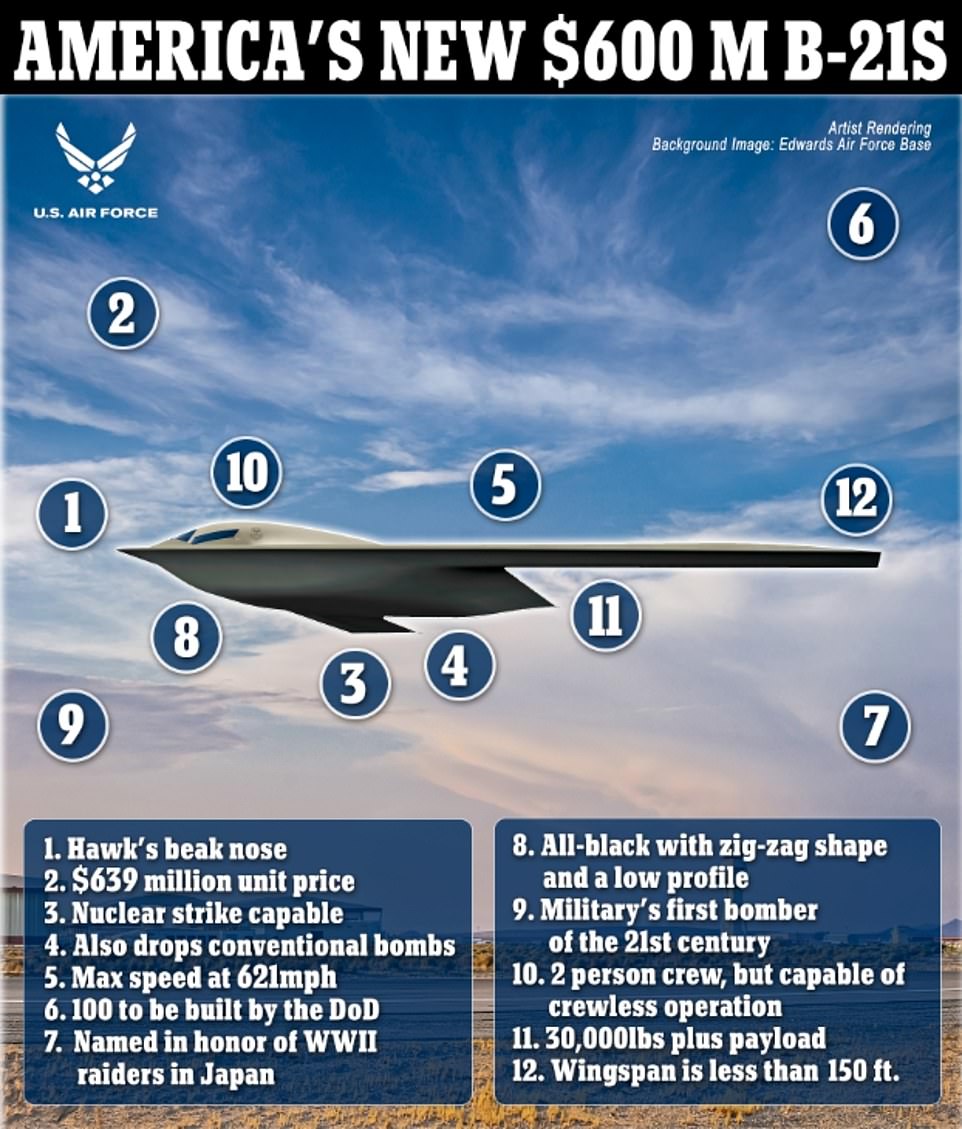 Six B-21 test aircraft are in various stages of final assembly Northrop Grumman’s Palmdale plant, and the first test flight is projected for 2023.

The exact date of the unveiling in early December has not yet been fixed, and officials say that the event will be invitation-only.

Last July, the Air Force released the latest photo-realistic concept image of the B-21, which is the most recent rendering available of the aircraft.

Unlike previous concepts of the bomber, which were released in 2020, this image has a more defined beak at the front and a slanted window for the main cockpit windows.

The larger B-2 has four windows that go around the front of the cockpit.

The image also shows the bomber taking off from Edwards Air Force Base in California, where it is expected to receive testing in the coming years.

The classified plane is still under development by the military and is part of the Long Range Strike Bomber program (LRS-B). 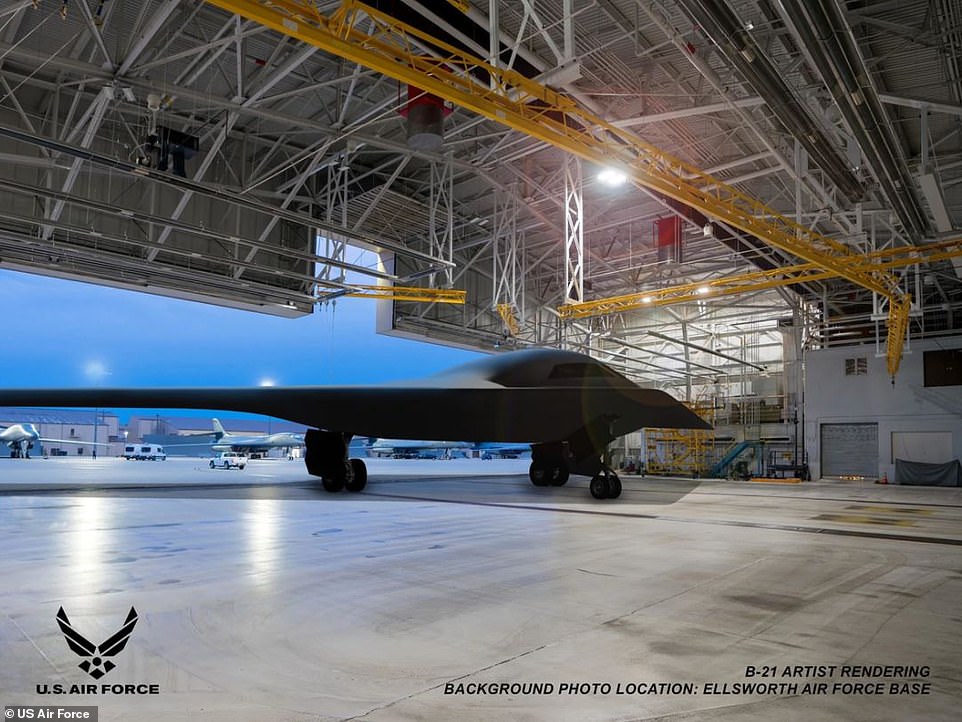 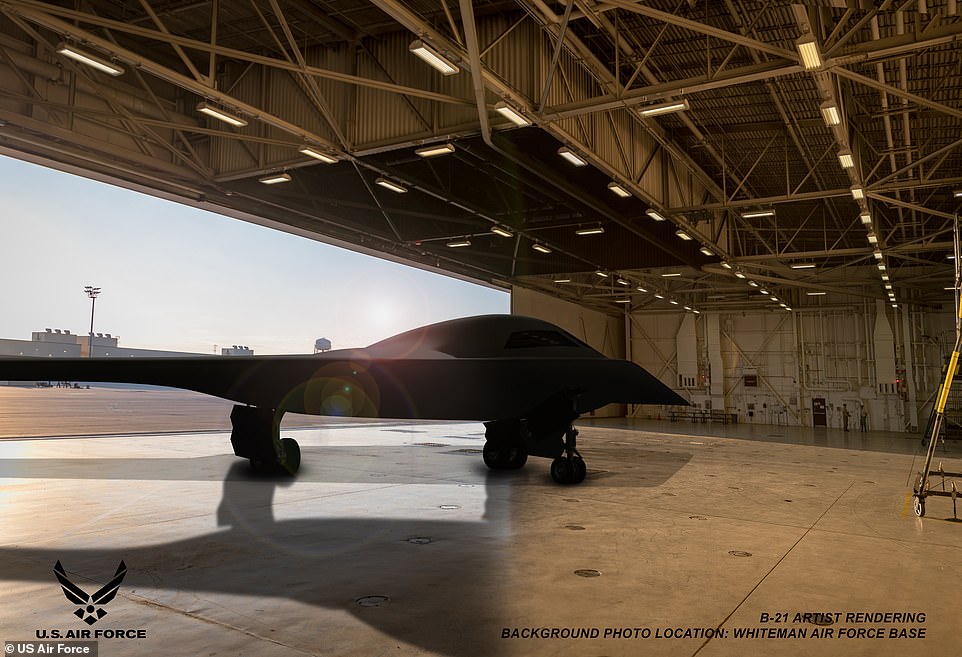 Previous released publicity shots from 2020 show renderings of how the B-21 Raider would appear in hangars at various US bases – here at Whiteman Air Force Base, Missouri

It is expected to be in service by 2026 or 2027 and will complement the B-2 Spirit, as well as the Boeing B-52 Stratofortress bomber fleets, before eventually replacing both of them.

‘Nuclear modernization is a top priority for the Department of Defense and the Air Force, and B-21 is key to that plan,’ said Randall Walden, Air Force Rapid Capabilities Office director, in a statement. 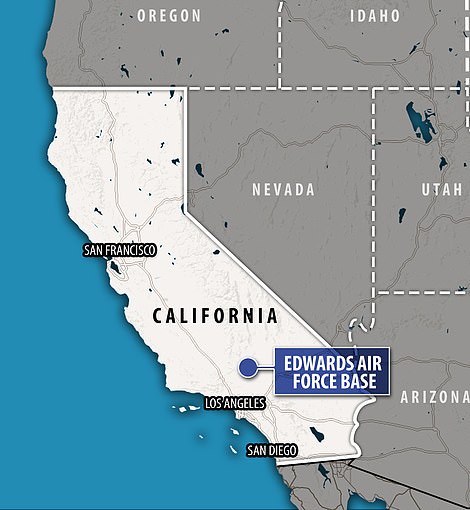 ‘The built-in feature of open systems architecture on the B-21 makes the bomber effective as the threat environment evolves. This aircraft design approach sets the nation on the right path to ensuring America’s enduring airpower capability.’

All of the officially released pictures so far are artistic renderings – not official pictures of the top secret jet have yet been released.

The first official rendering of the B-21 Raider was released in 2016, but only showed its basic shape.

Renderings released in 2020 showed how the B-21 Raider would appear in hangars at various US bases, but again were light on detail.

The latest image shows more detail of the cockpit design and nose section. It also offered no signs of the prominent air intakes seen in earlier renderings, which had reportedly been a point of contention in the design phase.

The Raider is named after the Doolittle Raiders – U.S. Army Air Force men who conducted a famous surprise attack against Japan on April 18, 1942 during World War II.

The B-21 Raider will be able to carry nuclear bombs, but will also be able to ’employ a broad mix of stand-off and direct-attack munitions,’ according to the latest fact sheet from the Air Force. 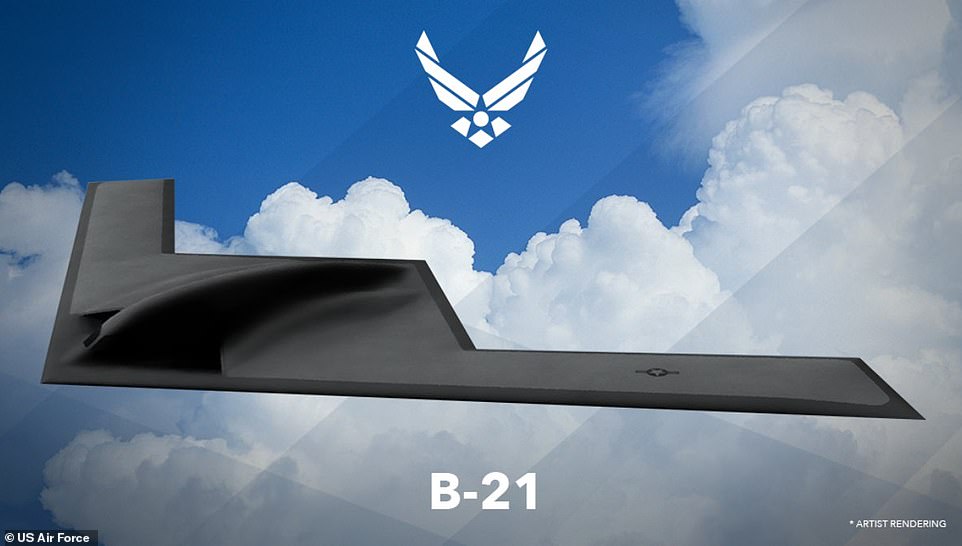 The first official piece of concept art of the B-21 Raider was released in 2016, but only showed its basic shape in a very rough rendering 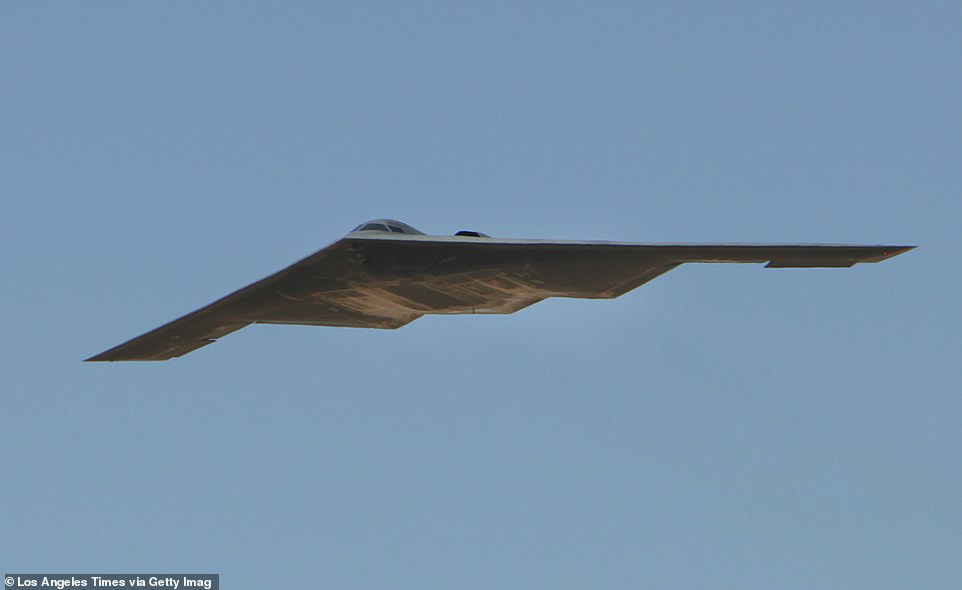 The B-21 Raider will join the B-2 Spirit (pictured) as part of the US Air Force’s fleet, before eventually replacing it

According to the US Air Force’s latest fact sheet, the B-21 cost has an average cost of $639 million in FY19 dollars.

Richard Aboulafia, vice president and analyst at the Teal Group, told Military.com ‘there’s always been a degree of doubt about [the final cost of the planes],’ adding those figures are just for the purchase price and not ancillary items.

It will have a two-person crew, but also be capable of uncrewed operation, according to Popular Mechanics.

WHAT DO WE KNOW ABOUT THE B-21 STEALTH BOMBER?

The US Air Force is planning to introduce the aircraft in the mid-2020s.

-The all-black plane has a distinctive, zigzagging shape and a low profile designed to make it hard to spot on radar.

– The bomber was previously known as the Long Range Strike Bomber (LRS-B).

– The latest name, B-21, recognises the aircraft as the military’s first bomber of the 21st century.

– It is designed to be launch from continental US and carry out airstrikes on any location in the world.

– While the new plane’s specific capabilities are highly secret, it likely will be equipped with high-tech communications gear.

– It will replace Air Force B-52 bombers, which have been flying for more than half a century

– It will also eventually replace the B-1 bombers, when they retire sometime in the 2040s.