LIMA (Reuters) – Peruvian ex-president Alan Garcia wrote in an alleged suicide note read by family members at a wake on Friday that he had killed himself in order to avoid humiliation at the hands of his political enemies. 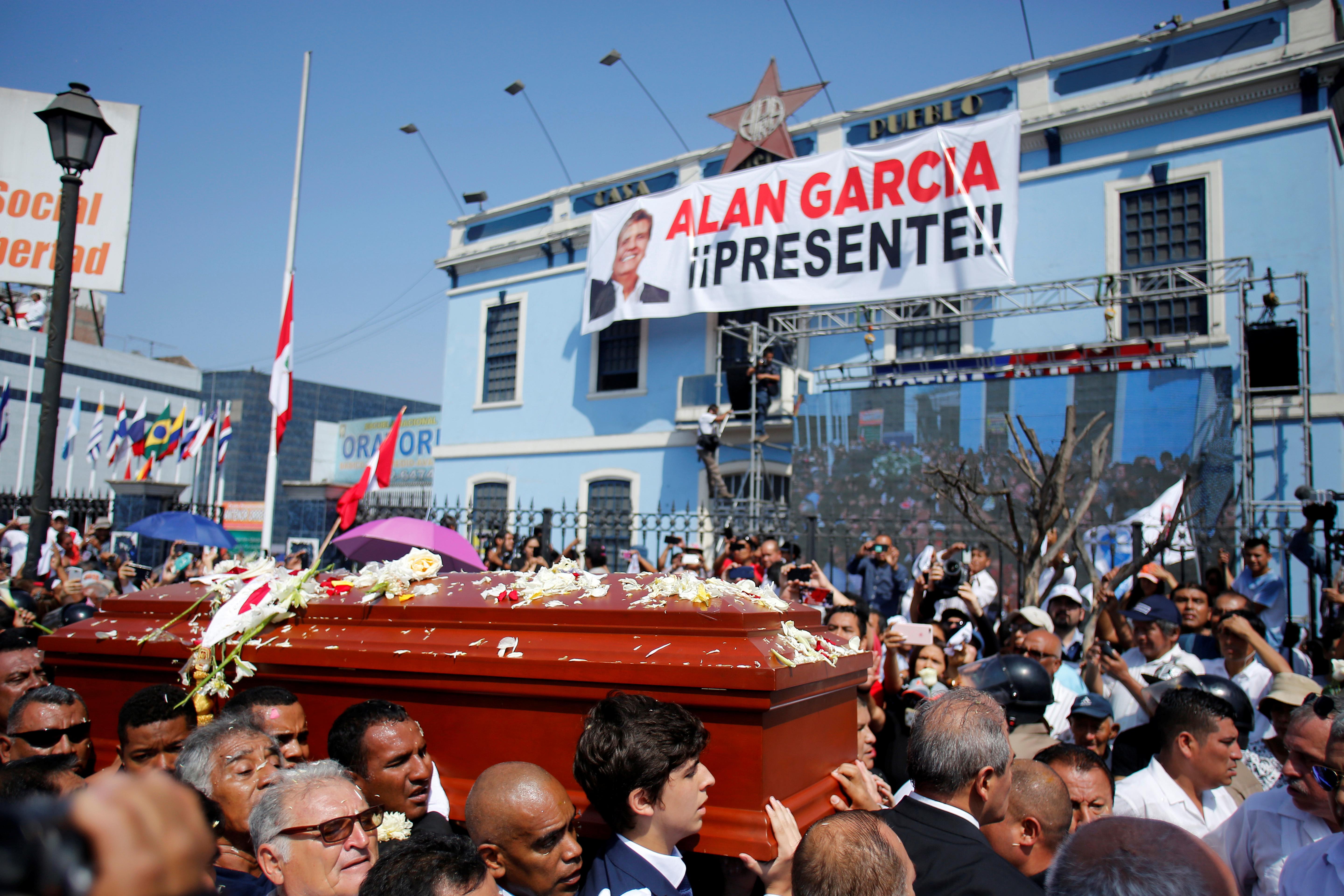 Garcia shot himself in the head earlier this week as police arrived at his door to arrest him in connection with alleged bribes from Brazilian builder Odebrecht, in the most dramatic turn yet in Latin America’s largest graft scandal. Before his suicide, Garcia had repeatedly brushed off allegations of corruption as a political hit.

One of Garcia´s daughters read the apparent suicide note at a wake held by his APRA political party, which twice helped usher Garcia to the presidency.

Reuters was unable to independently verify the authenticity of the letter, nor the time at which it was written.

“I will not be humiliated,” read Luciana Garcia, citing a note left by her father before his suicide. “I have seen others paraded around in handcuffs, living a miserable existence, but Alan Garcia has no need to suffer these injustices.”

“For this reason, I leave to my children the dignity of my decisions; to my friends, my pride, and to my enemies, my cadaver as a sign of my contempt for them.”

The note underscores the deep political rift that continues to plague the Odebrecht investigation in Peru and elsewhere in Latin America.

Peruvian prosecutors investigating the Brazilian builder said they had gathered sufficient evidence to hold Garcia in pre-trial detention while they prepared charges against him. Garcia maintained his innocence until the end, calling the probe politically motivated.

“In this time of rumors and hatred, believed by the majority…I have seen how these procedures are used to humiliate and not to seek the truth,” Garcia wrote in the letter read before thousands of his friends and allies at the wake.

President Martin Vizcarra, whose administration has overseen the probe, had offered Garcia´s family a state funeral with honors, typical of that received by former presidents.

The Garcia family declined Vizcarra´s offer, preferring instead a private event with the ex-president´s friends and allies.

Garcia´s suicide is likely to drive a wedge between Vizcarra´s government and the right-leaning opposition in Peru´s Congress, many of whom were allied with the ex-president.