Rabbits kept as pets often lead disease-ridden lives because their owners think they are low maintenance, according to a recent study.

The Royal Veterinary College carried out a survey of 6,349 domestic rabbits that attended 107 veterinary practices throughout the UK.

The research identified the most common medical issues and causes of death in pet rabbits which had never been looked at before. 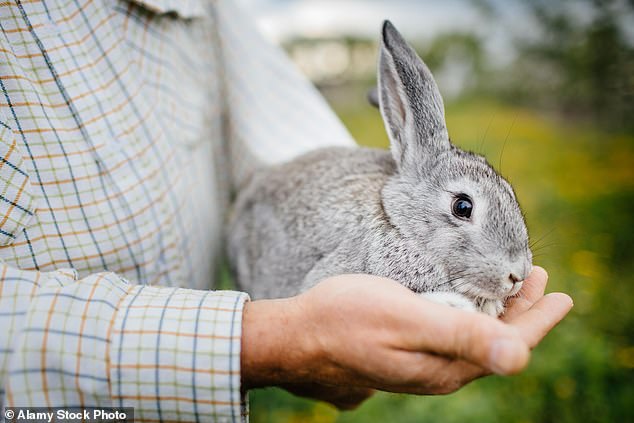 Rabbits kept as pets often lead disease-ridden lives because their owners think they are low maintenance, according to a recent study that surveyed 6,349 domestic rabbits across the UK (stock image)

The most common cause of death for the domestic animal was flystrike, where flies lay eggs on the rabbit’s fur which then hatch into maggots and eat their hosts’ flesh.

This was linked to ten per cent of fatalities.

Other common causes of death were anorexia, collapse and gut stasis.

The study also revealed that the average lifespan of pet rabbits was just over four years, with male rabbits tending to live longer, despite a survival of 14 years being recorded.

Domestic rabbits are seemingly plagued with a series of medical issues during their lifetime too, including overgrown nails, overgrown teeth and dirty bums.

The majority of these problems were said to be linked to ‘inappropriate housing or feeding’.

But the study acknowledged that these problems were often hard for pet owners to identify because rabbits evolved as a prey species.

Evolution has meant that rabbits can disguise external signs of disease so that they are less likely to be targeted by predators which makes telltale signs hard to spot until it is too late. 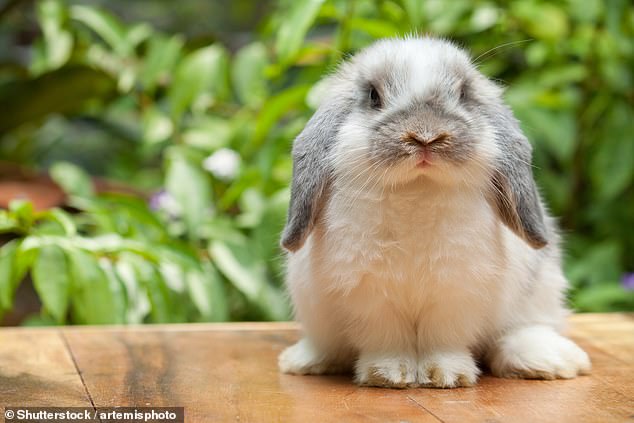 The majority of problems were linked to ‘inappropriate housing or feeding’ and often included anorexia, overgrown nails and dirty bums (stock image)

Dr Dan O’Neill, a lecturer and co-author of the the research as part of the VetCompass project, said: ‘For years, rabbits were considered as the perfect child’s pet: fluffy, cute, passive and only needing minimal care and handling while being fed muesli-type food in a hutch in the garden where it was generally kept on its own.

‘Rabbits don’t exhibit their suffering like other species so it behoves all of us to be prevent and recognise their problems.’

Researchers hope that the findings will help rabbit owners to learn how to properly care for their pets.

Dr Jo Hedley, a researcher and lecturer at the Royal Veterinary College, added: ‘This study definitely highlights some of the most common presentations seen in pet rabbits.

‘Unfortunately, due to the rabbit’s ability to hide disease, signs of a problem are often non-specific and recognised far too late, hence the causes of death recorded are in fact often just end-stage symptoms of underlying disease.

‘Many of the key medical issues are still problems that we should be able to completely prevent by appropriate husbandry, diet and health checks.

‘Better owner education is necessary if we are to improve rabbit health and welfare in future years.’

Domestic rabbits have been kept in Britain since the 19th century and there are now estimated to be more than one million of them in homes across the UK.

There are currently 50 breeds and over 500 varieties recognised by the British Rabbit Council.