Aliens in Mexico?: Couple’s photo of object appearing to be UFO over exploding volcano goes viral

A central Mexican couple who have taken up the hobby of photography was snapping images of an active volcano when they were surprised by an object that appeared to be a UFO.

Karla Garcia told DailyMail.com that her boyfriend Luis Guerra was up early Sunday morning at their home in Atlixco, Puebla, to prepare their backyard for a family breakfast when they were moved by a blast from the Popocatépetl volcano.

Garcia recalled that Guerra took his cell phone and immediately started taking pictures and videos, zeroing in on the full moon to the left side of the cliff that spans across the State of Mexico, Puebla, and Morelos.

‘He sends me the photo on WhatsApp and when I wake up, I see it and share it on my WhatsApp status (feed),’ García said. 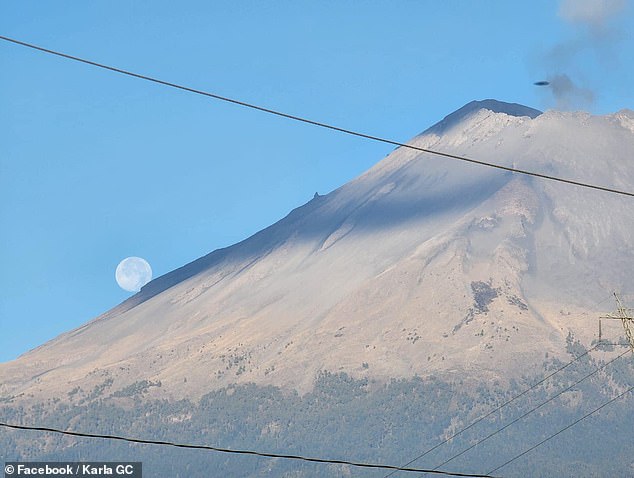 Luis Guerra, a resident in the central Mexico city of Atlixco, was preparing his backyard for a family breakfast Sunday when he noticed the Popocatépetl volcano was erupting and decided to take photos and video. He shared images with his girlfriend, Karla García, who was still in bed at the time. She told DailyMail.com that she decided to share the picture on her social media feed and that her followers pointed out an object that appeared to be a flying saucer 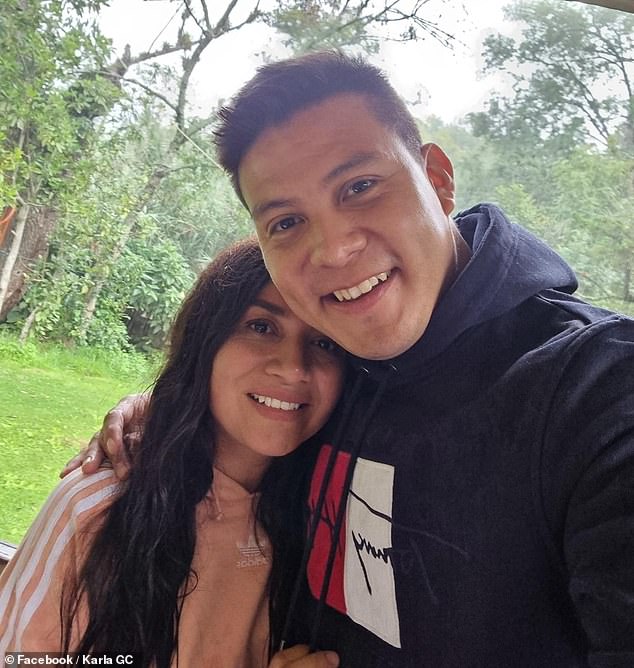 Karla García and her boyfriend, Luis Guerra, were surprised to notice an object that closely resembled a UFO was hovering above the Popocatépetl volcano on Sunday morning

She remained in bed and started to receive messages from her friends who noticed what seemed to look like an extraterrestrial object flying near the right side of the Popocatépetl volcano.

‘Since my boyfriend is not a fan of social networks, I asked him if I could upload his photo to Twitter and he said yes,’ García added.

She tagged a local reporter, who proceeded to share the image on their local network before it went viral.

García also posted the photo on her Facebook page, writing, ‘Today’s photo at 7:52 am. Popocatépetl, the moon and possibly a UFO.’ 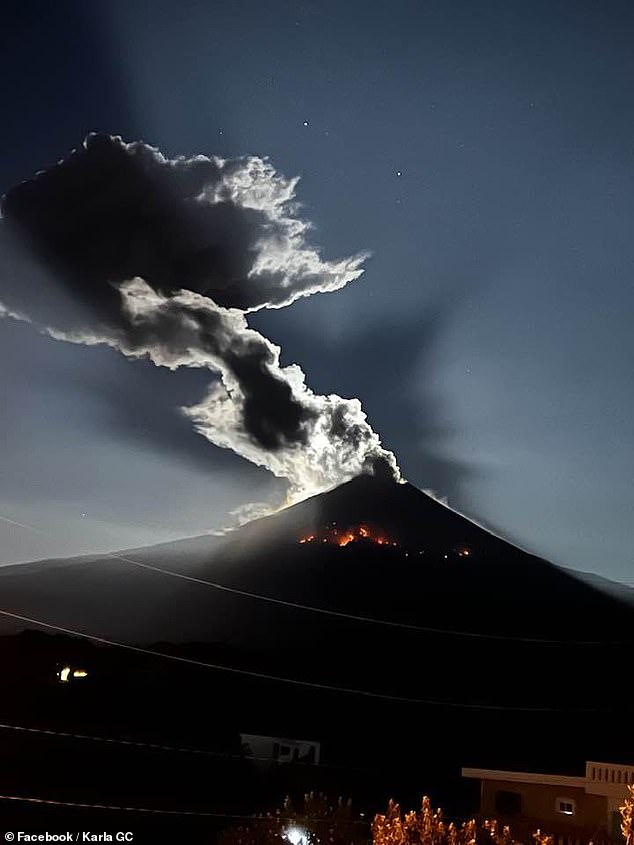 Karla García told DailyMail.com that she and her boyfriend have picked up photography as a hobby since moving in together in Atlixco, Puebla. Their home is near the Popocatépetl volcano, which is active. The couple takes advantage of eruptions to take photos and videos 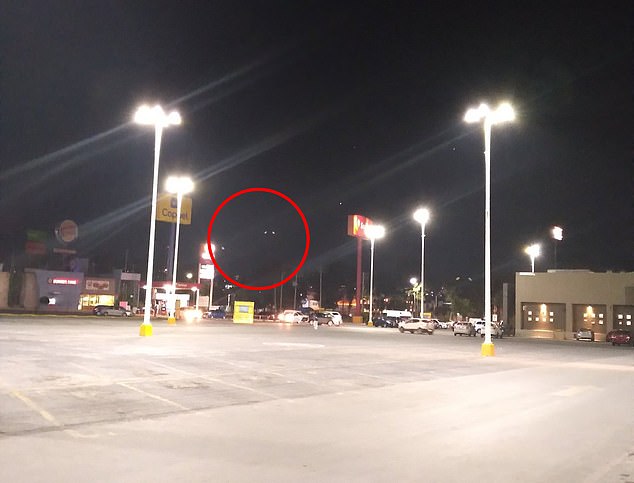 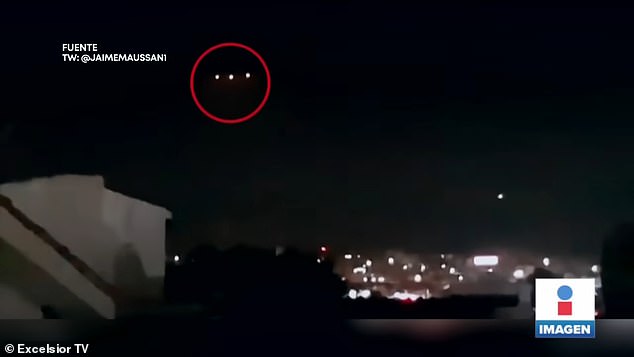 Multiple images were taken by residents in Los Angeles, San Diego, Tijuana, Rosarito and Mérida of an object in the sky with flickering lights that appeared to be a UFO

The couple has been living together for about a year now and their home is located just 1,600 feet from where a UFO monument was erected in 2000 under orders of the then-mayor of Atlixco.

However, García said the volcano’s magnetism and not the presence of the UFO monument is what has attracted flying saucers to the area.

She initially reserved her doubts about whether life beyond Earth existed.

‘Honestly, I was feeling a bit skeptical years ago,’ García said. ‘But with the programs that I see about investigations that go through, for example, on the History Channel. It started to make me doubt.’

For residents in Mexico, it was the second flying saucer sighting since October when an object was spotted across the skies of Tula, a city in the east-central state of Hidalgo.

In late June, dwellers in the cities of Los Angeles, San Diego, and the Mexican border towns of Tijuana and Rosarito, and the southeastern municipality of Mérida reportedly saw an object with flicking orange lights in the sky.