Planning experts warn the impact of extreme heat and flooding on Melbourne will get worse without reforms to combat climate change, saying many buildings being constructed now won’t fare well in increasingly severe weather.

The Planning Institute of Australia wants the next Victorian government to establish an expert panel on climate change to advise the planning minister, commit to planning for net zero emissions in new development precincts and produce a scientific and consistent statewide framework for flooding data. 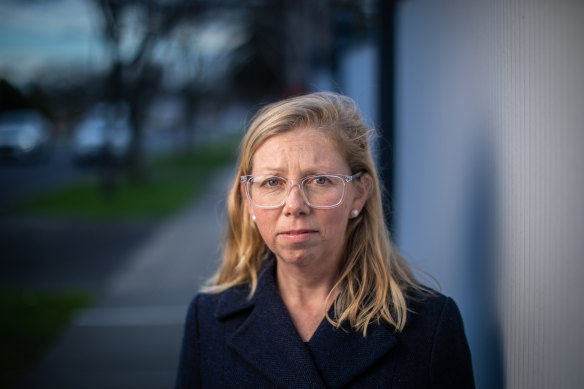 On Tuesday night, the institute convened a panel discussion on “planning for a changing climate” where RMIT’s Dr Trivess Moore said many buildings being constructed in Melbourne were of poor quality and would not perform well in increasingly extreme weather.

“We already see these rolling blackouts trying to control loads on people’s houses … in Australia now,” he said. “That’s only going to get worse as we continue to add substandard housing market.”

Moore said 85 per cent of new dwellings were built to minimum requirements and the building sector resisted change.

“The problem with the building industry is that it’s very much driven to be up around the lowest cost,” he said. “It’s around keeping on doing the things that they know how to do and any perception of change is threatening their business model.”

“Heat is one of the hazards that’s most keenly felt and experienced and is the greatest killer of people above any other natural hazard,” she said. “We haven’t got an integrated approach to dealing with heat, and we know that areas like Melton and Casey and Wyndham experience 10 degrees or more higher temperatures than non-urban areas.”

“At the moment we don’t have a clear and comprehensive picture of areas which are vulnerable to sea level rise,” she said. “It’s understanding the relationship between sea-level rise, riverine flooding and what that means for the drainage systems that operate across different local government areas.”

Keddie said the response to rising sea levels was not being co-ordinated, and too much responsibility was being heaped on local governments, resulting in an “ad hoc” approach to managing flood risks.

“We know that there are areas around Port Phillip Bay that are going to be impacted by sea-level rise,” she said. “We don’t currently have any planning overlays in place to even trigger a permit to let a planner think about what the issue is.”

Keddie pointed to Victoria’s system for assessing bushfire-hazard risk where every few years the data on bushfires was reviewed and list of areas at most risk was updated.

“That’s probably a really good example of where state leadership is really, really important,” she said.

“Understanding where those risks are, particularly in the complexity, that climate change brings to flood risk; it’s really something that is probably beyond the capacity of most local governments and also needs to be done in a co-ordinated way.”

A government spokesperson said local councils were responsible for updating flood mapping and controls in their planning schemes to ensure areas of potential flooding were identified.

“Councils are best placed to make these decisions, in consultation with the relevant water authority – who can provide guidance around inundation patterns specific to their area,” the spokesperson said.

“We provide funding to support the preparation of some flood studies and the tools to help councils manage and respond to local flood risks.”

The City of Melbourne has also called on the government to enact urgent policy changes, including introducing statewide planning provisions for environmentally friendly design.

Lord Mayor Sally Capp said buildings were the biggest contributor to emissions in the municipality, accounting for 66 per cent of all emissions.

On Wednesday morning, Victoria’s Minister for Solar Homes Lily D’Ambrosio announced the government would expand the eligibility for the state’s solar panel rebate to new homes under construction.

Eligible Victorians building homes can apply for a rebate of $1400 as well as being able to access a $1400 interest-free loan to install solar panels during construction.

Get to the heart of what’s happening with climate change and the environment. Our fortnightly Environment newsletter brings you the news, the issues and the solutions. Sign up here.