As the Met Office warns of an extreme weather front making its way across the UK, Ireland has been hit by the first signs of torrential rain and heavy flooding, forcing drivers off the roads. A video released on social media by Marie Doyle, a former Sinn Fein councillor, showed one driver battle the perilous conditions as they drove along the southwest town of New Ross on the River Barrow. A fierce wind and thunderous rain can be heard pummelling the car as its wheels were attempting to push through the deep water.

The UK is expecting prolonged bouts of thunder as heavy rain and floods are set to continue over the coming days following the second heatwave of the summer.

The Met Office has issued a yellow thunderstorm warning for most of the UK on Tuesday with conditions potentially causing more flash flooding as well as transport disruption and power cuts.

The weather warning will stay in place for southern England on Wednesday, where communities could be cut off by flooded roads, and the chance of fast-flowing or deep flood water could cause danger to life.

Heavy showers caused flooding in areas of Cornwall and Devon on Monday afternoon while thunderstorms developed in east coast counties such as Essex, Suffolk and Lincolnshire. 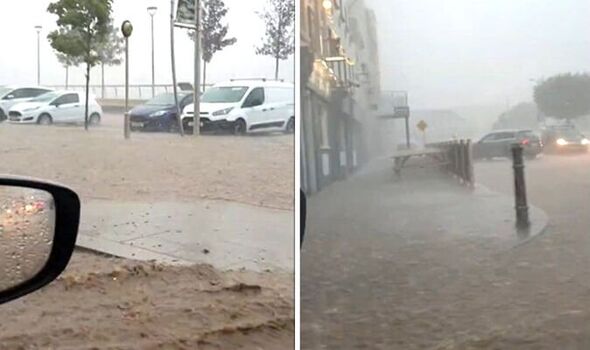 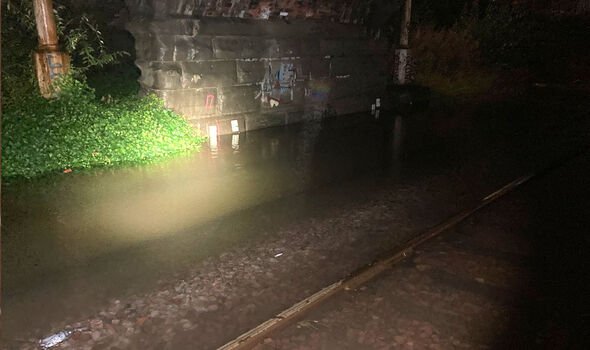 It comes as a lengthy heatwave and weeks of little rain caused droughts throughout the UK, leaving land parched and scorched.

The National Drought Group on Friday moved parts of the South West, parts of southern and central England, and the East of England into official drought status while at least six water companies have imposed or are planning to impose hosepipe bans.

The Met Office said localised areas in England and Wales will be hit by torrential rain, thunder and localised flooding again on Tuesday.

Otherwise conditions will be warm and humid with a mixture of some sunny spells and showers. 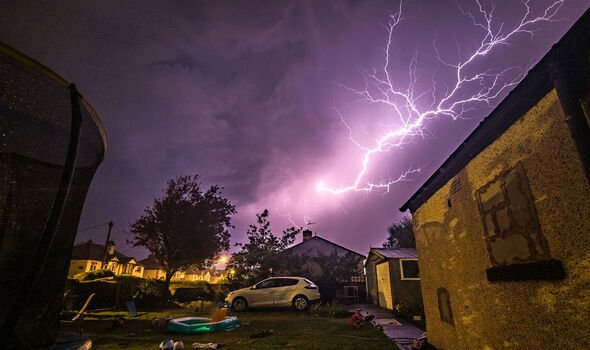 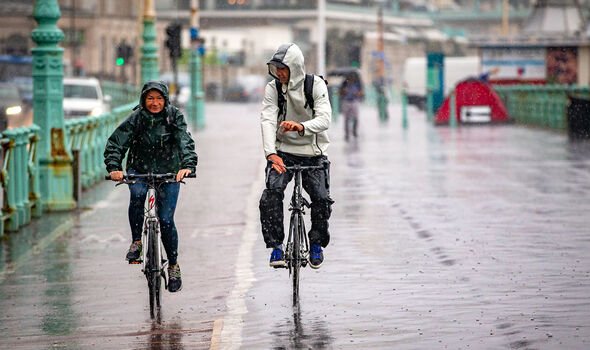 On the longer-term forecast this week, the Met Office’s deputy chief forecaster Daniel Rudman, said: “Although the warnings are at a broad scale, forecasters expect individual thunderstorms to be quite isolated, and many within the warning not encountering storm or heavy rain.

“After Wednesday conditions will settle down somewhat for most.

“Whilst there may be some periods of rain, and it will be unsettled at times in northern and western parts, the heavy downpours associated with thunderstorms become less likely.”

The Environment Agency has put 10 flood alerts in areas of Norfolk, Derbyshire, Nottinghamshire and Leicestershire as of 10am on Tuesday morning. 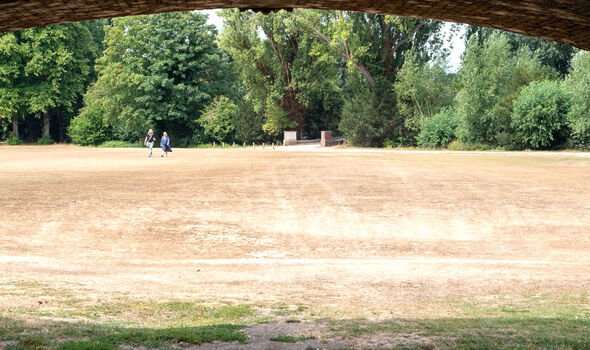 Mr Black defended targets set for water companies as “challenging but achievable” but acknowledged that underperforming firms “need to up their game”.

Challenged on suggestions he thinks there is currently nothing wrong with the system, he said: “No, I think that companies like Thames and Southern really need to up their game. I think it’s very concerning that other companies, that may be performing better in the sector, cast a long shadow.

“When we see poor performance – I think the water supply interruption you referred to earlier – is quite simply unacceptable.”

READ NEXT: UK braces for flash floods as rain lashes down on sun-baked soil
‘The start of it!’ Warning of more extreme weather after UK heatwave
UK rain latest: Hail and lightning forecast but what time will it hit
UK storm: ‘Danger to life’ as Brits to be lashed by 3 days of rain
‘Too much rain?!’ Sally Nugent slapped down after ‘silly’ question