Rishi Sunak today pushed ahead with Government plans to scrap EU laws by the end of this year.

The Prime Minister has said the removal of ‘burdensome’ Brussels regulation will help boost economic growth in Britain and ‘build a better future across the country’.

But he is facing the prospect of a rebellion by senior Tory MPs who want to give the House of Commons greater oversight over which pieces of legislation are junked.

Under the Retained EU Law (Revocation and Reform) Bill, the Government has committed to reviewing all remaining Brussels regulation by the end of this year.

It means any retained EU law that is not expressly kept by ministers – or changed into domestic law – will automatically expire and be removed from the statute book by 31 December.

Yet concerns have been raised by MPs about the size of the Government’s task in sifting through thousands of pieces of legislation over the next 12 months in order to meet that deadline. 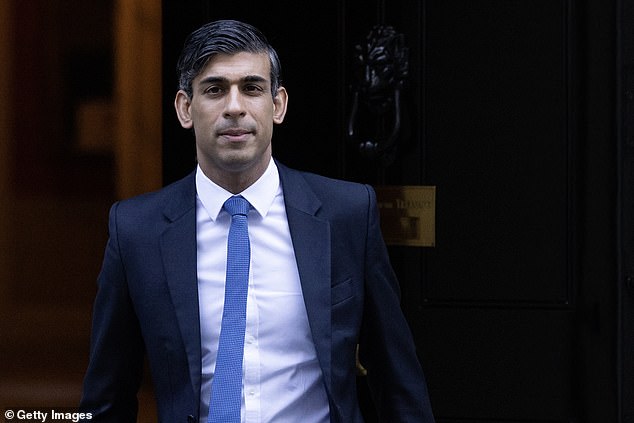 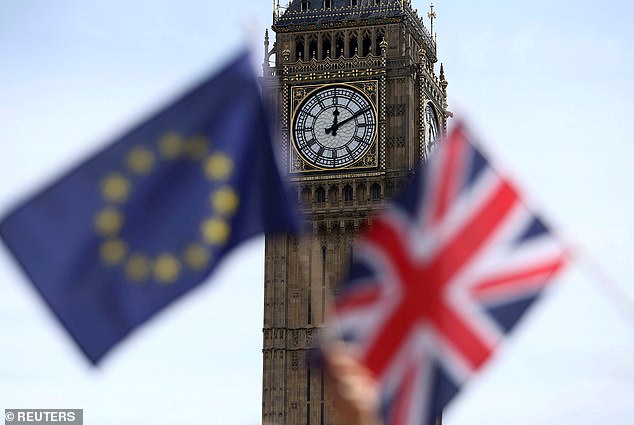 Under the Retained EU Law Bill, the Government has committed to reviewing all remaining Brussels regulation by the end of this year 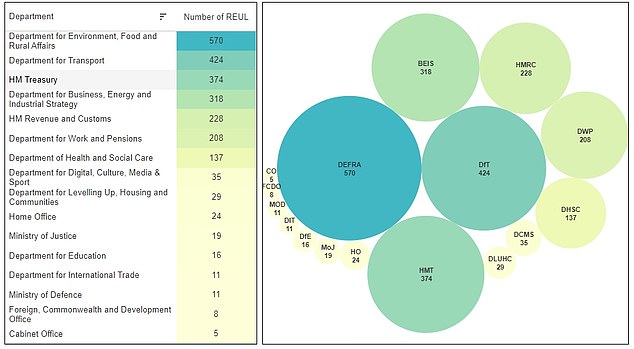 As MPs began to debate the bill’s remaining stages in the Commons this afternoon, business minister Nusrat Ghani insisted that ‘considerable work’ had already taken place on the review of Brussels legislation for more than 18 months.

‘I cannot stress enough the importance of achieving this deadline, the deadline of 2023,’ she told the Commons.

‘Retained EU law was never intended to sit on the statute book indefinitely.

‘It is constitutionally undesirable as currently some domestic laws, including acts of Parliament, remain subordinate to some retained EU law.’

Ms Ghani said the bill was the ‘culmination of Government’s work to untangle ourselves from decades of EU membership’.

‘It is a priority of this Government that the United Kingdom will be the best place to start and grow a business,’ she added.

‘Within this bill, there are powers that will allow us to make good on this promise.’

Senior Tory Brexiteer Sir Bill Cash also spoke in support of the bill and told MPs that retained EU law was a ‘massive ball and chain’ for Britain that needed to be removed.

Fellow eurosceptic Jacob Rees-Mogg, the former business secretary who first introduced the bill before resigning from Government last year, claimed it was being ‘enormously over-interpreted’ by opposition MPs.

He added criticism was ‘mainly by people who never wanted to leave the EU anyway’ and the bill was a ‘technical tidying up operation’.

But Labour’s shadow business minister Justin Madders warned the bill represented a ‘leap into the dark’ and a ‘kamikaze approach to Government’.

As he presented his party’s bid to push back the 2023 deadline to 2026, Mr Madders claimed ministers’ timeframe for completing the review of retained EU law had been ‘plucked out of thin air, seemingly at random’.

He added: ‘The potential for things to be missed is clear and – if the worst comes to the worst – and some vital regulation ceases to be by accident and nobody notices until it is too late, our constituents will rightly ask us “what on earth were you doing? What were you thinking of?”‘. 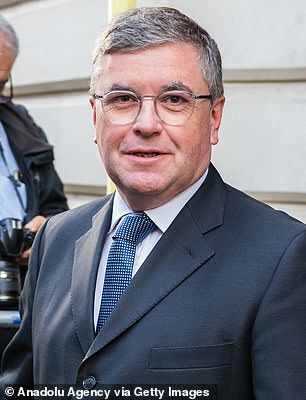 A group of MPs – including senior Tories – are also seeking to alter the bill this evening to allow greater parliamentary scrutiny of which retained EU laws are being lined up for the chop.

‘If this legislation goes through unamended it will stop us doing our job and it’s our job to speak up for our constituents.’

If the bill passes the Commons tonight it will head to the House of Lords, where peers are expected resume a fight to push back the 2023 deadline.