A SEVERE cold snap caused by a polar vortex blowing Arctic winds into the US is expected to cause a "flash freeze" in parts of the country this weekend.

The arctic blast is forecast to send temperatures plunging nationwide, including Hawaii and Florida, after arriving on Sunday night, according to AccuWeather and the National Weather Service. 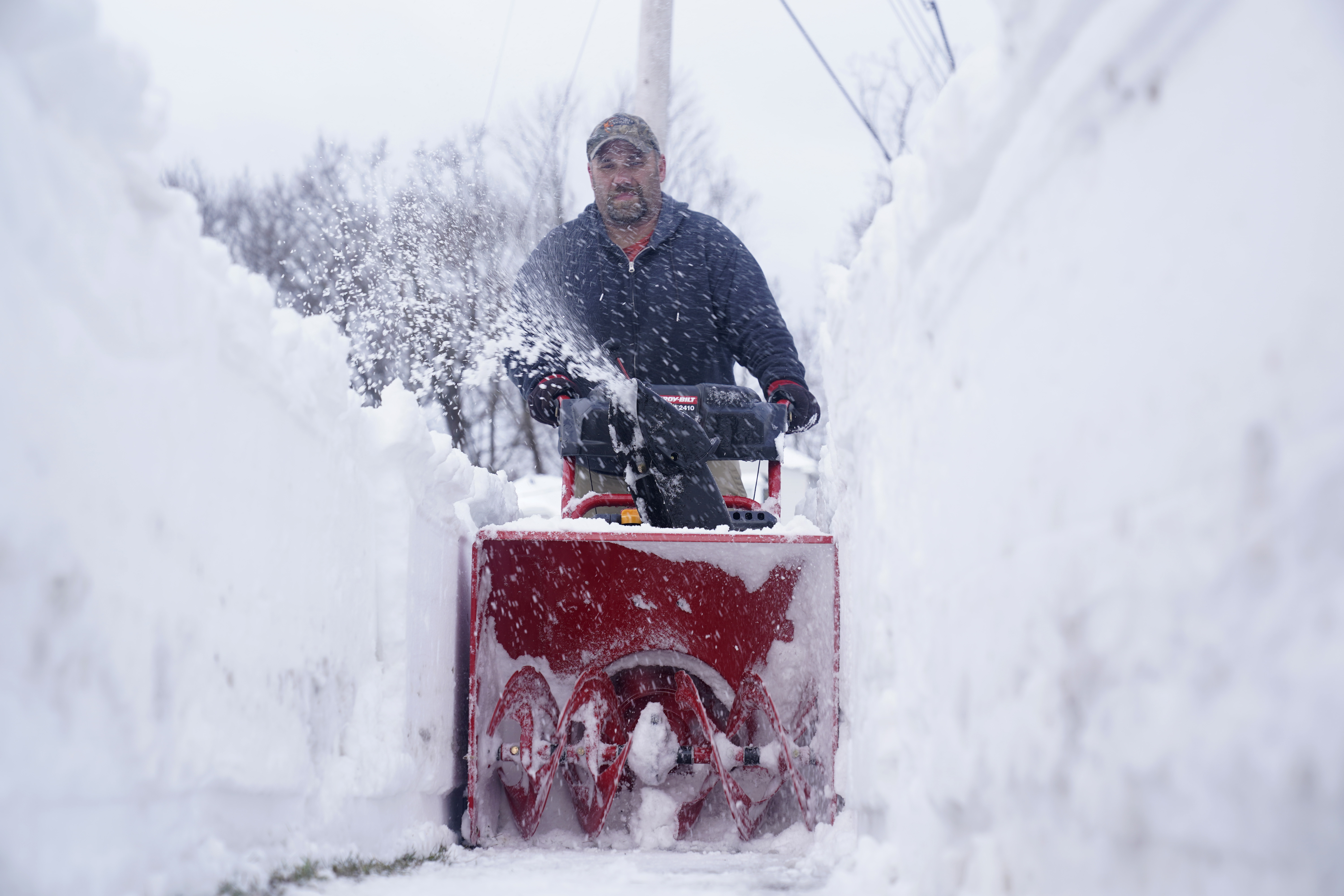 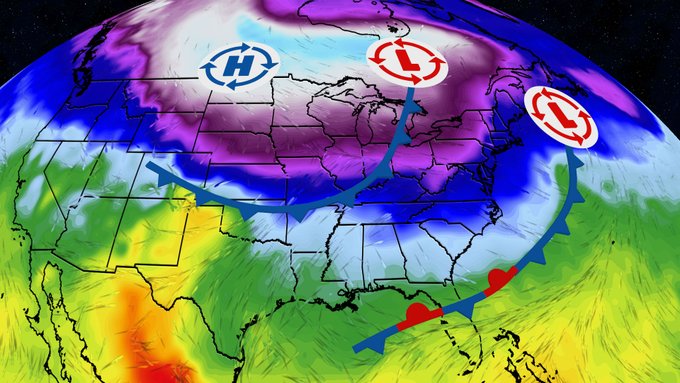 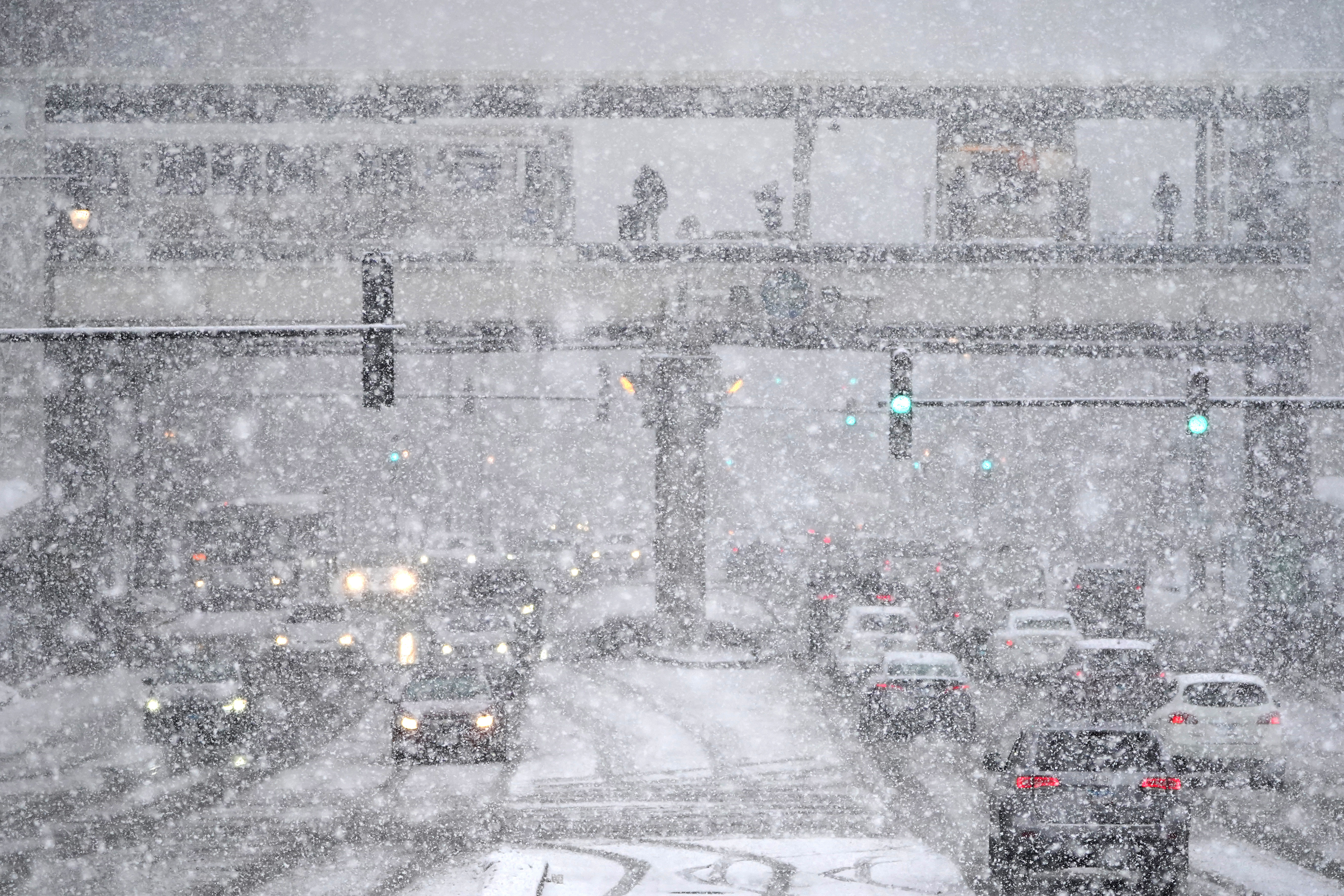 But the Midwest is likely to cop the brunt of it with temperatures to plummet as low as -35F.

“The frigid weather will usher in the lowest temperatures of the season so far, and it will be enough to pose dangers to Americans spending time outdoors,” AccuWeather warned Friday.

“Bitter cold may add a bit of shock.”

More than 212 million Americans will affected by the bitterly cold conditions, CNN reports.

The National Weather Service has warned that the flash freeze will 'quickly turn any wet or slushy roads to ice,' and create dangerous driving conditions.

"As temperatures fall some 25 to 30 degrees below seasonal averages, arts of the Upper Midwest will near the thresholds necessary to cancel, or in the case of 2021, virtualize classes,' CNN meteorologist Pedram Javaheri stated. 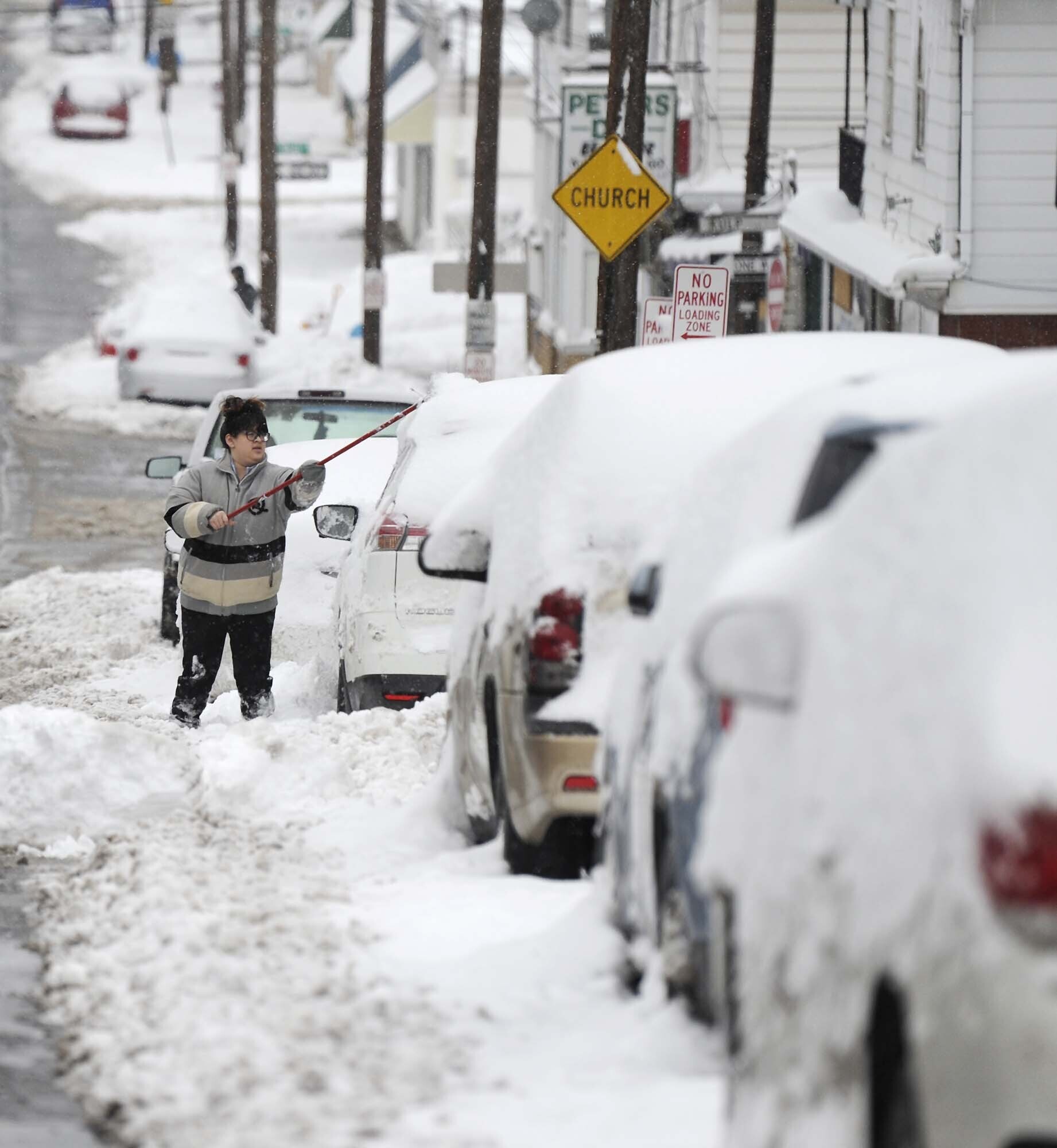 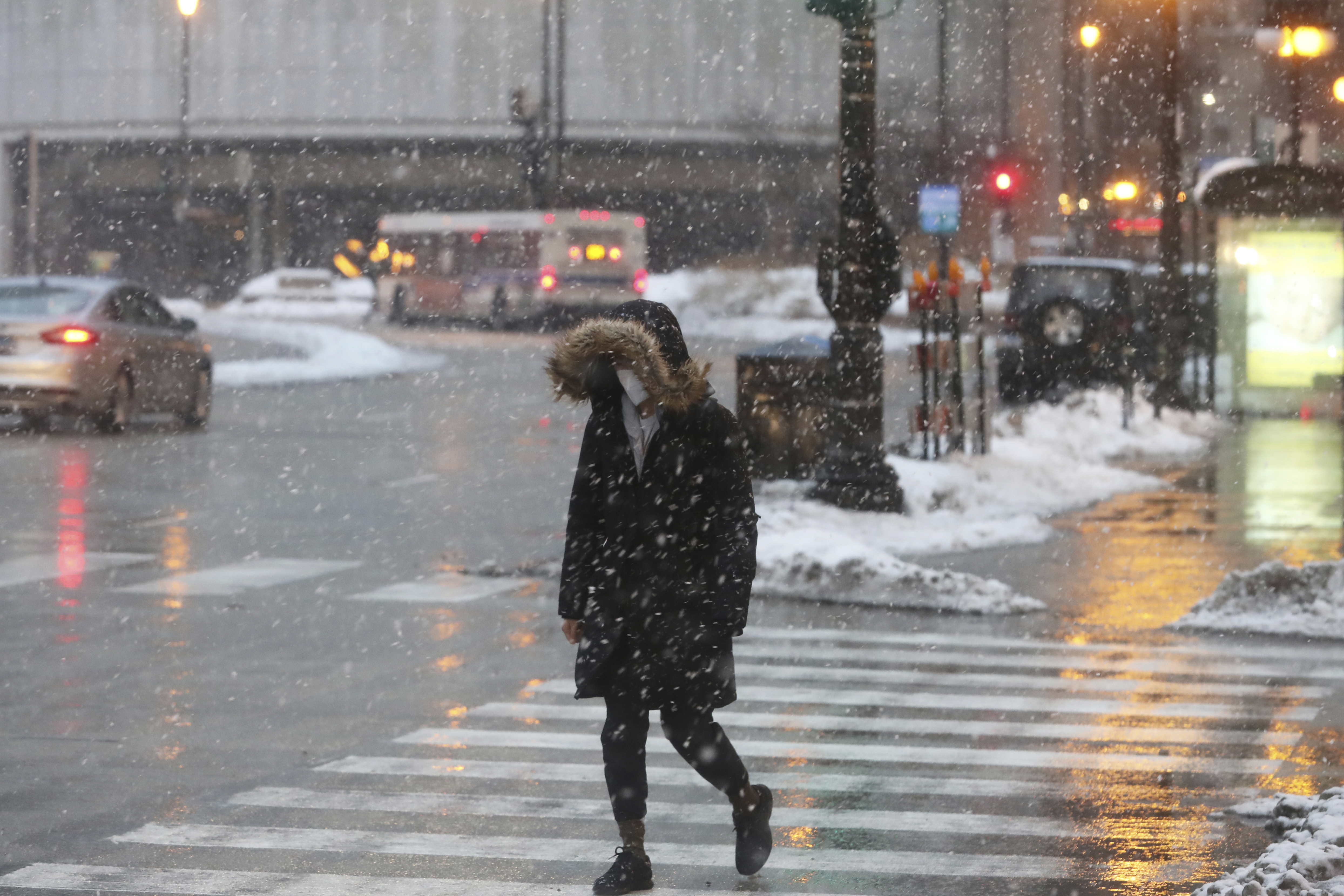 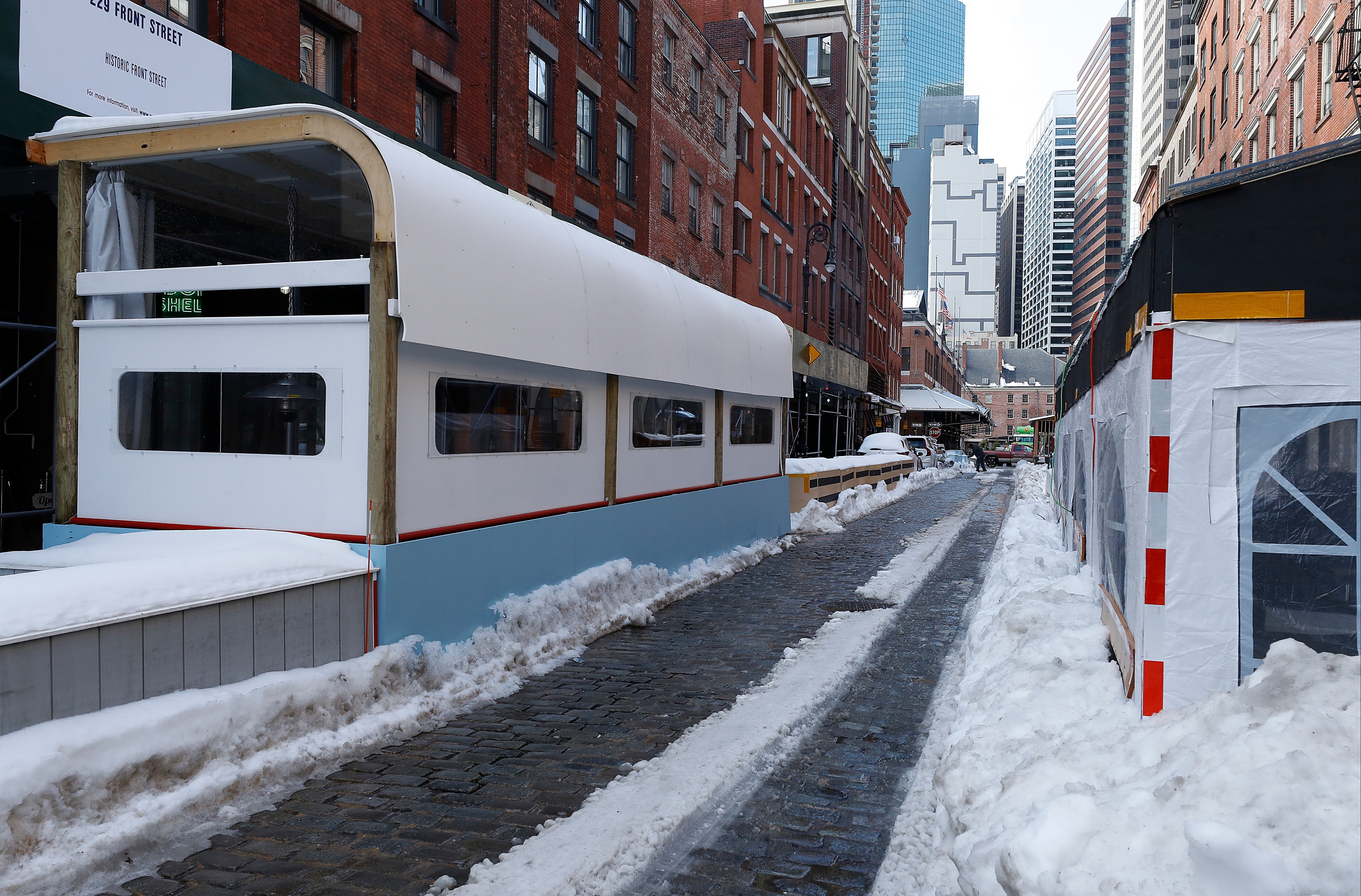 In Minnesota and Iowa, temperatures are expected to go as low as -25 in St. Paul, where schools and roads are likely to be shuttered, according to meteorologists and local reports.

Residents in the Midwest – from Nebraska up through Michigan – are already under winter storm watch with heavy snow expected as of Friday.

"Areas to the south of Minnesota – the lower portions of the upper Mississippi and the Illinois River – are seeing relatively decent flows and levels are good for navigation, especially around St. Louis, but extreme cold outbreaks give us a concern for ice bites, which takes flow out of the river," Justin Palmer, a hydrologist with the North Central River Forecast Center in Minnesota, told CNN.

Up to eight inches is expected to fall in Green Bay, Wisconsin, while areas around Lake Michigan could see up to a foot of snow.

The Polar Vortex will also affect the Northeast, which is still recovering from Winter Storm Orlena.

Meanwhile, there are also concerns that rivers flowing through the Midwest could freeze over, creating water traffic problems. 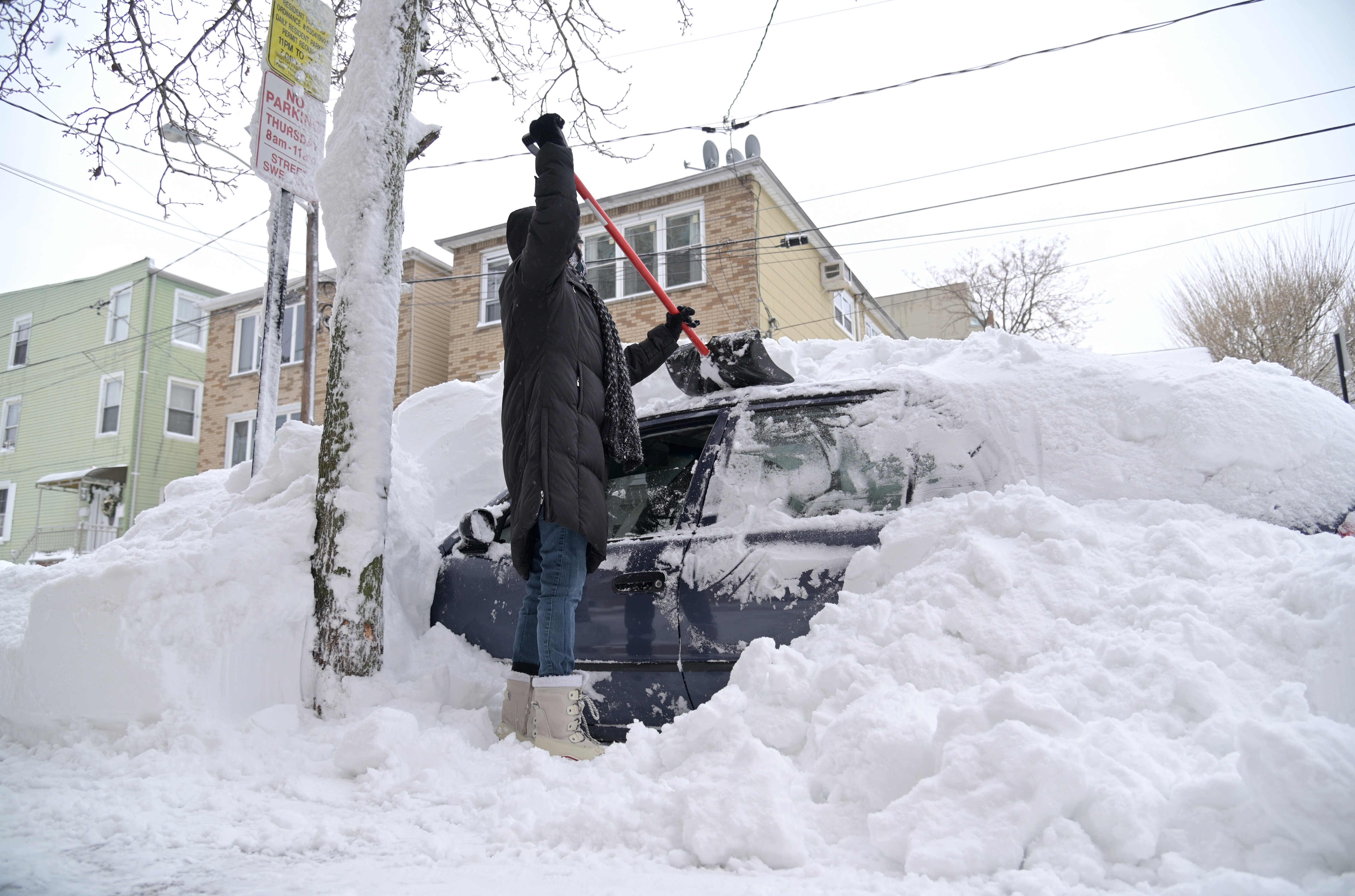 "Ice gets created in the pools, we drop a lot of flow, which drops stages and becomes an issue for potential groundings."

The widespread effects of the polar vortex will come just days after Winter Storm Olena halted Covid vaccinations and sparked travel chaos across the North East.

The polar vortex is composed of strong winds that circulate in the arctic each winter and do not tend to reach areas further south. 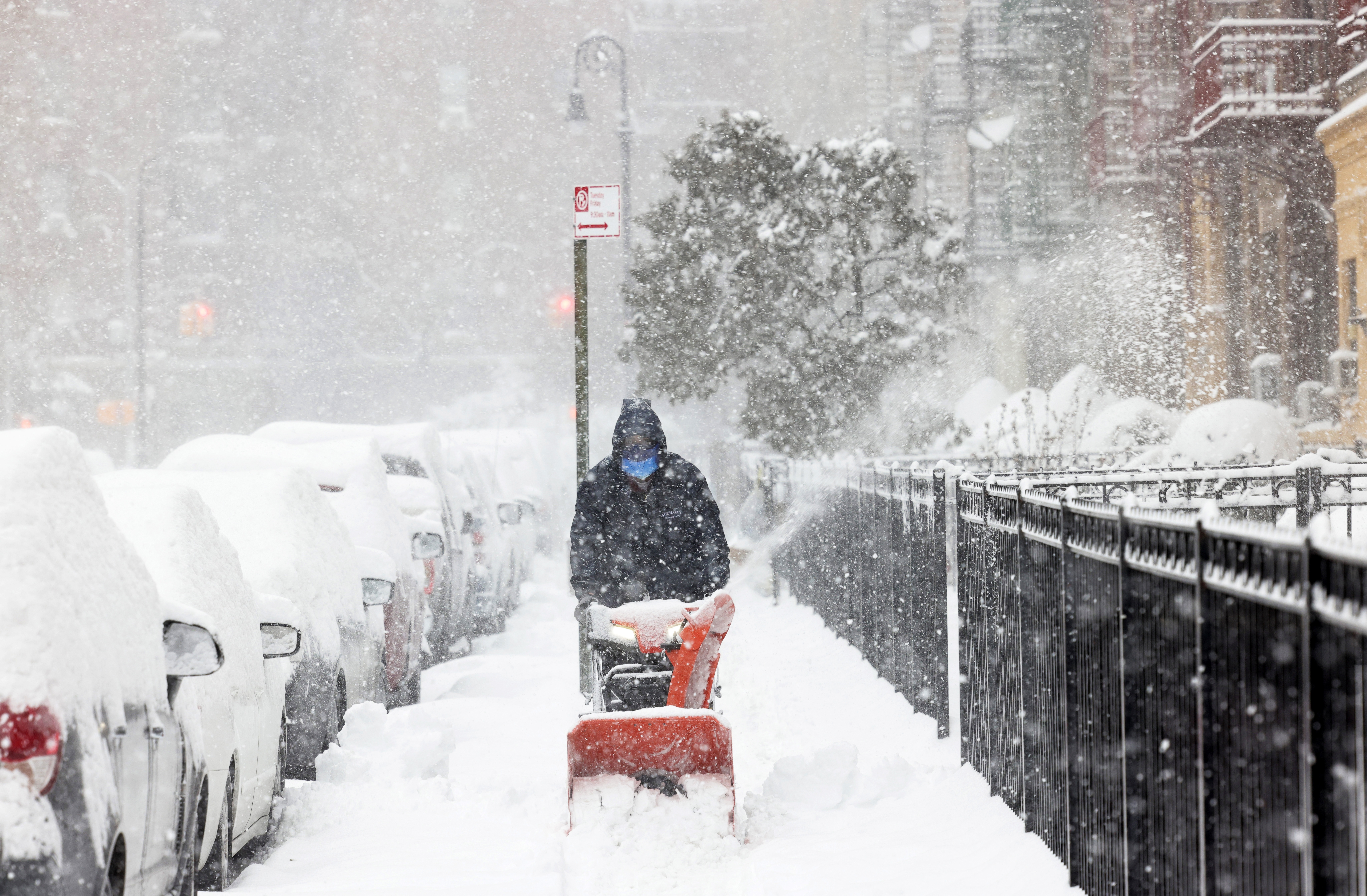 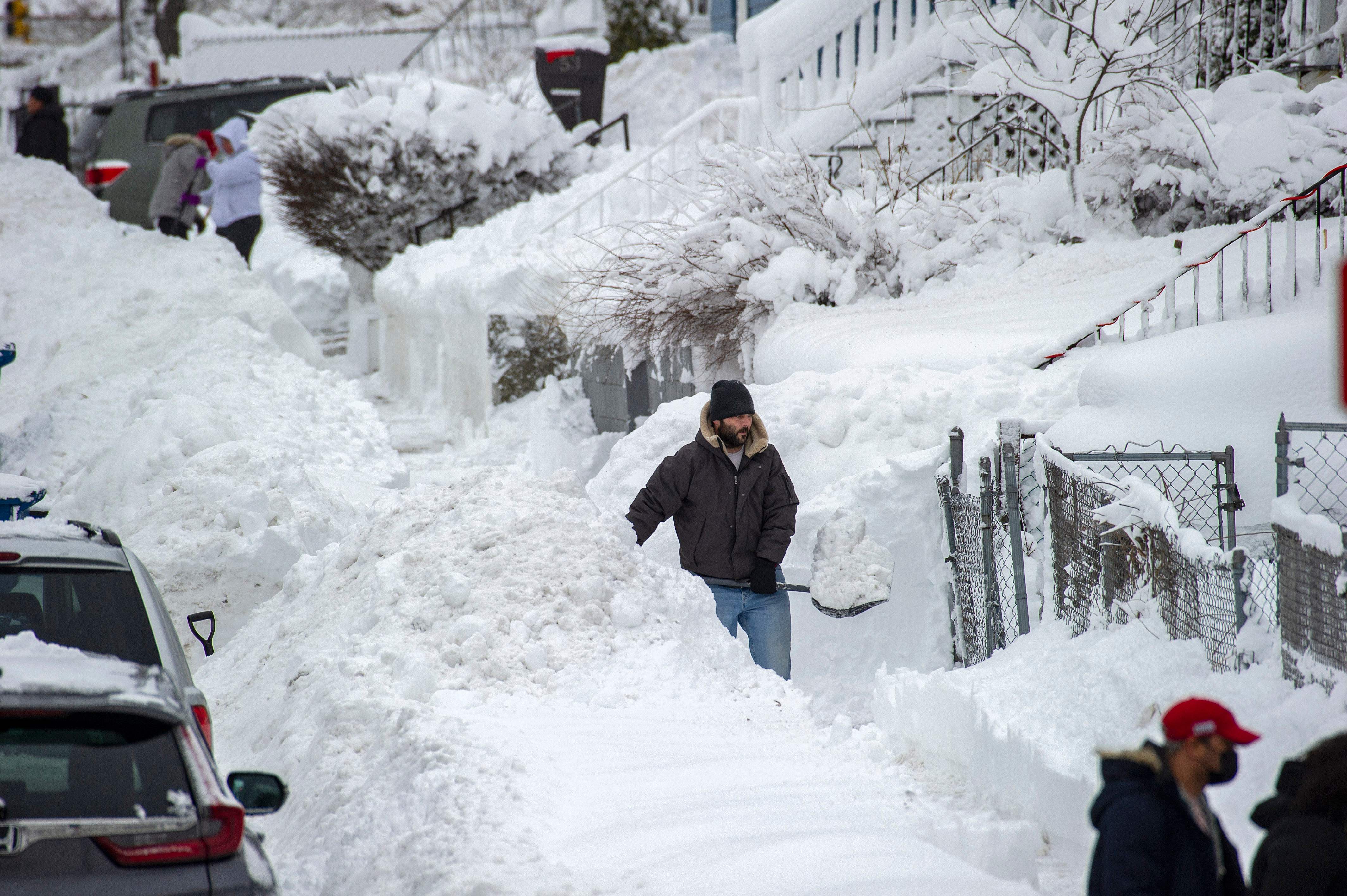 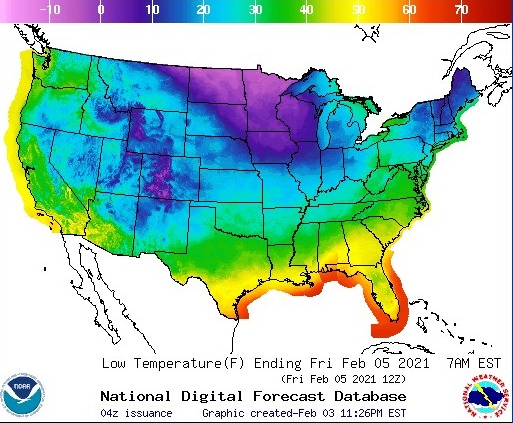 However, the winds have now weakened, "allowing frigid air to spill out of the polar region' down into North America" and a blast of Arctic air is now destined for a large swath of the US by the end of this week, Mashable reports.

"The whole Midwest is going to be in the grips of this swaying polar vortex,"Jeff Weber, a research meteorologist at the University Corporation for Atmospheric Research told the outlet.

"This is air coming straight out of the pole."

It's expected to bring the freezing temperatures to at least 85 percent of of the country.

Early next week, many parts of the Midwest will see subzero temperatures, and the epicenter of the extreme weather event, Weber said. Monday is predicted to be the coldest day.

Meanwhile, another two raging snowstorms are set to hit the Midwest and Northeast towards the end of this week after Orlena left "four dead" and washed homes away.

The news of additional snow comes are Winter Storm Olena halted Covid vaccinations in 20 states and sparked travel chaos across across the North East on Monday.

Some houses on the East Coast were washed away from high tides and coastal flooding during the weather event.

According to Weather.com, Blizzard conditions are expected Thursday into Friday in parts of the upper Midwest and interior Northeast as the first storm makes way. 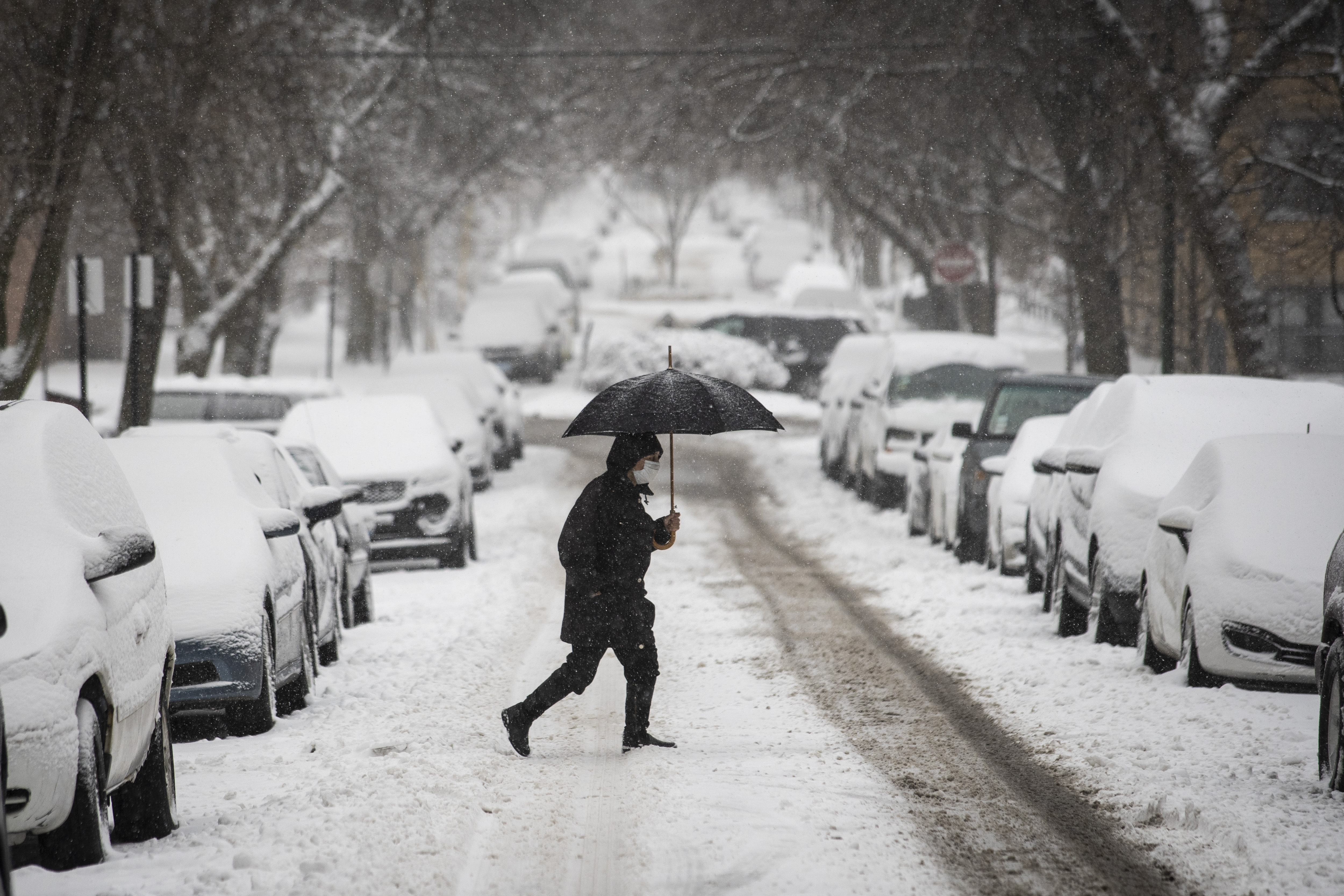 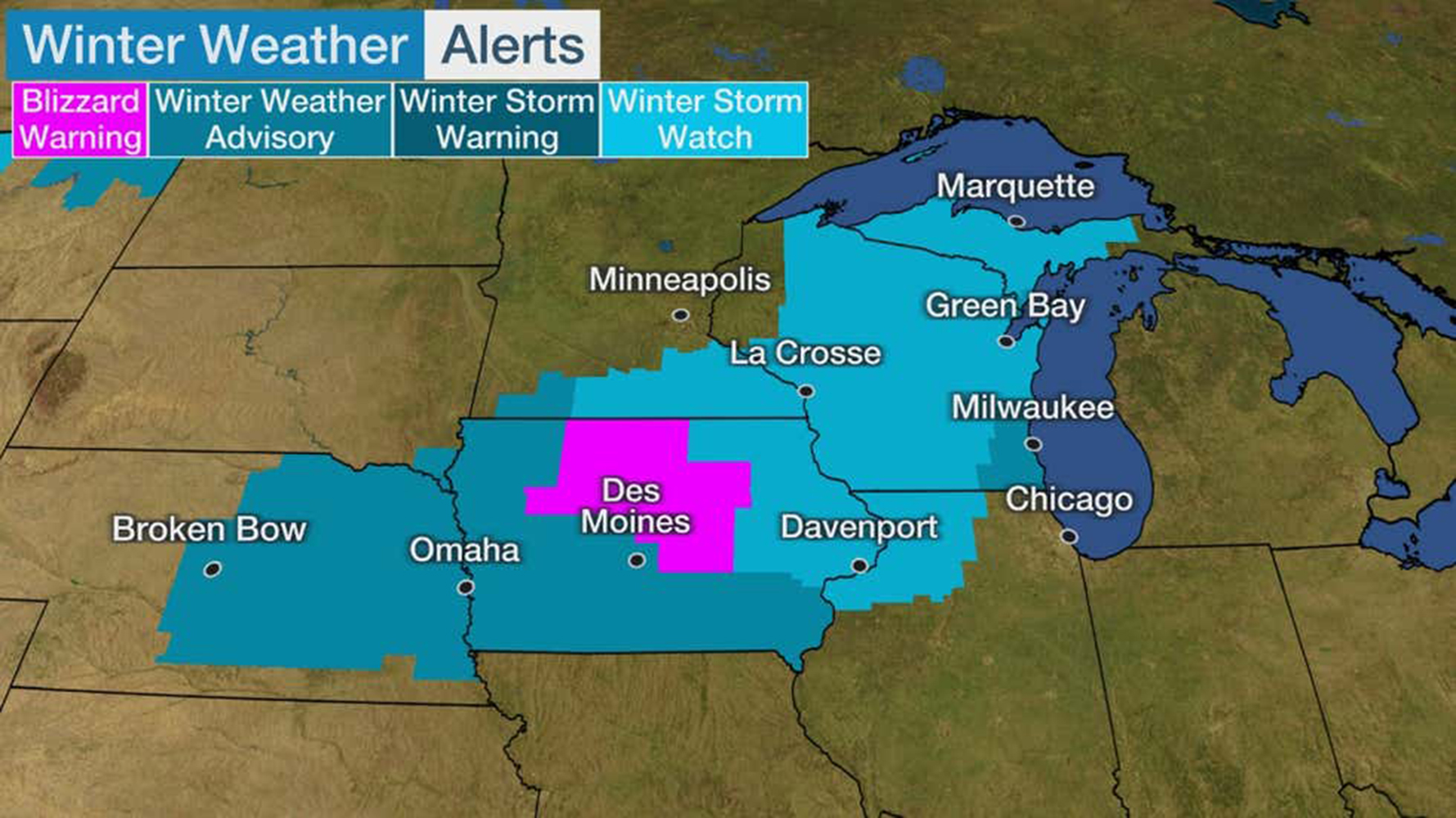 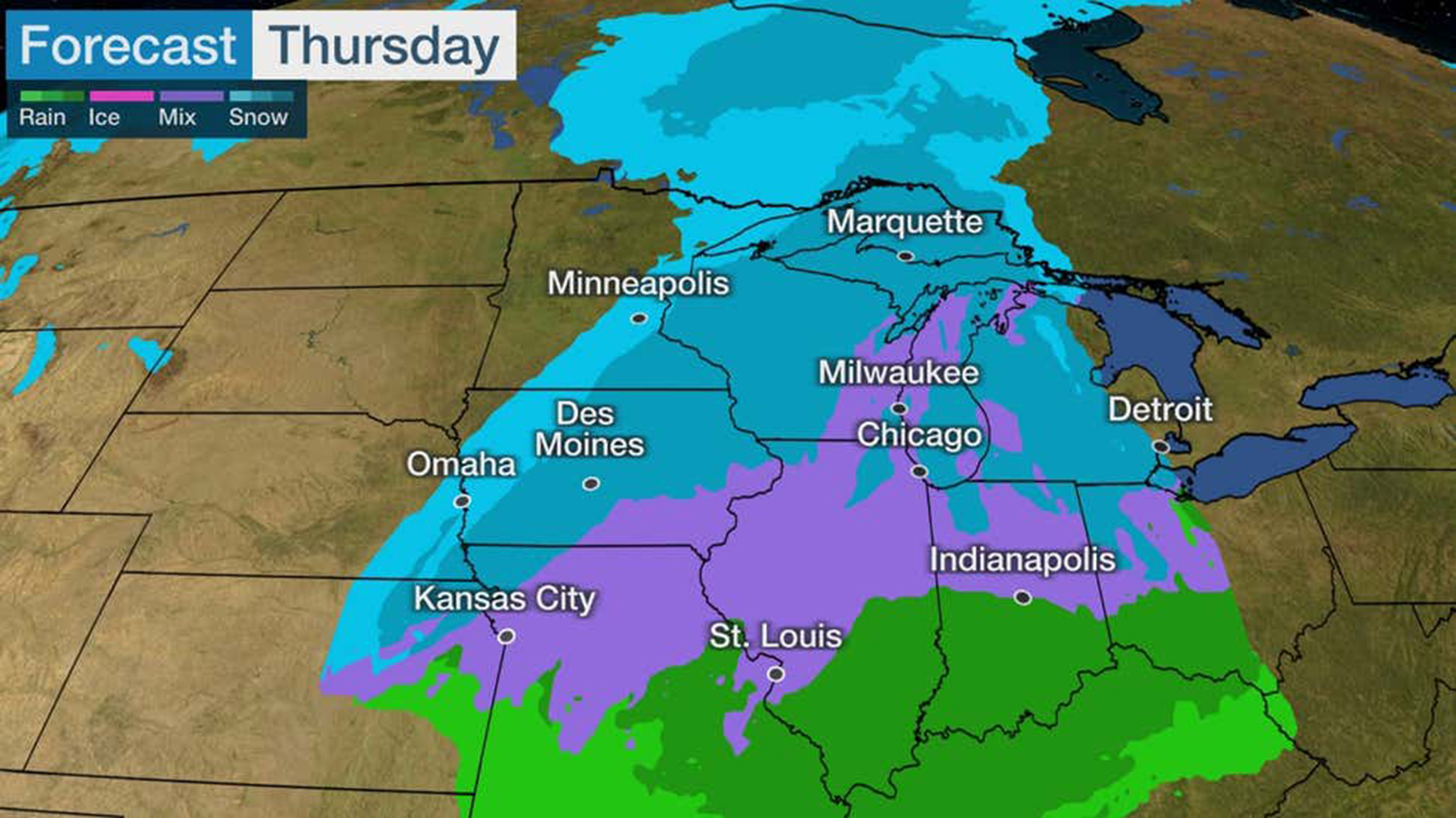 Over the weekend, East Coasters could also experience another snowstorm, however, meteorologists are not confident it could happen.

"An intensifying low-pressure system will spread snowfall from the Northern Plains and upper Midwest to the interior Northeast late this week," Weather.com explains.

"Parts of the Midwest will see the greatest impact from this storm since the snow will be accompanied by strong winds. 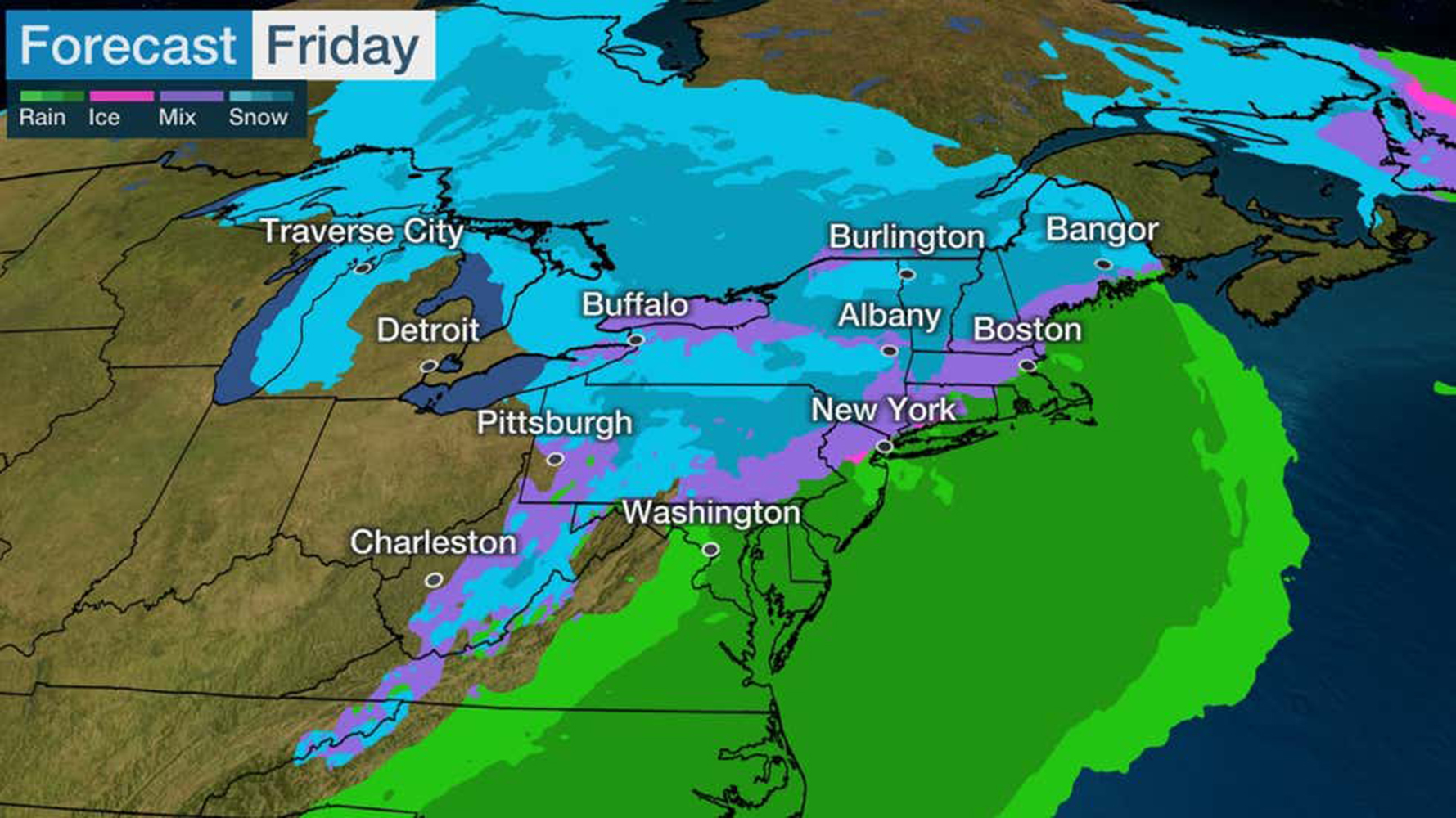 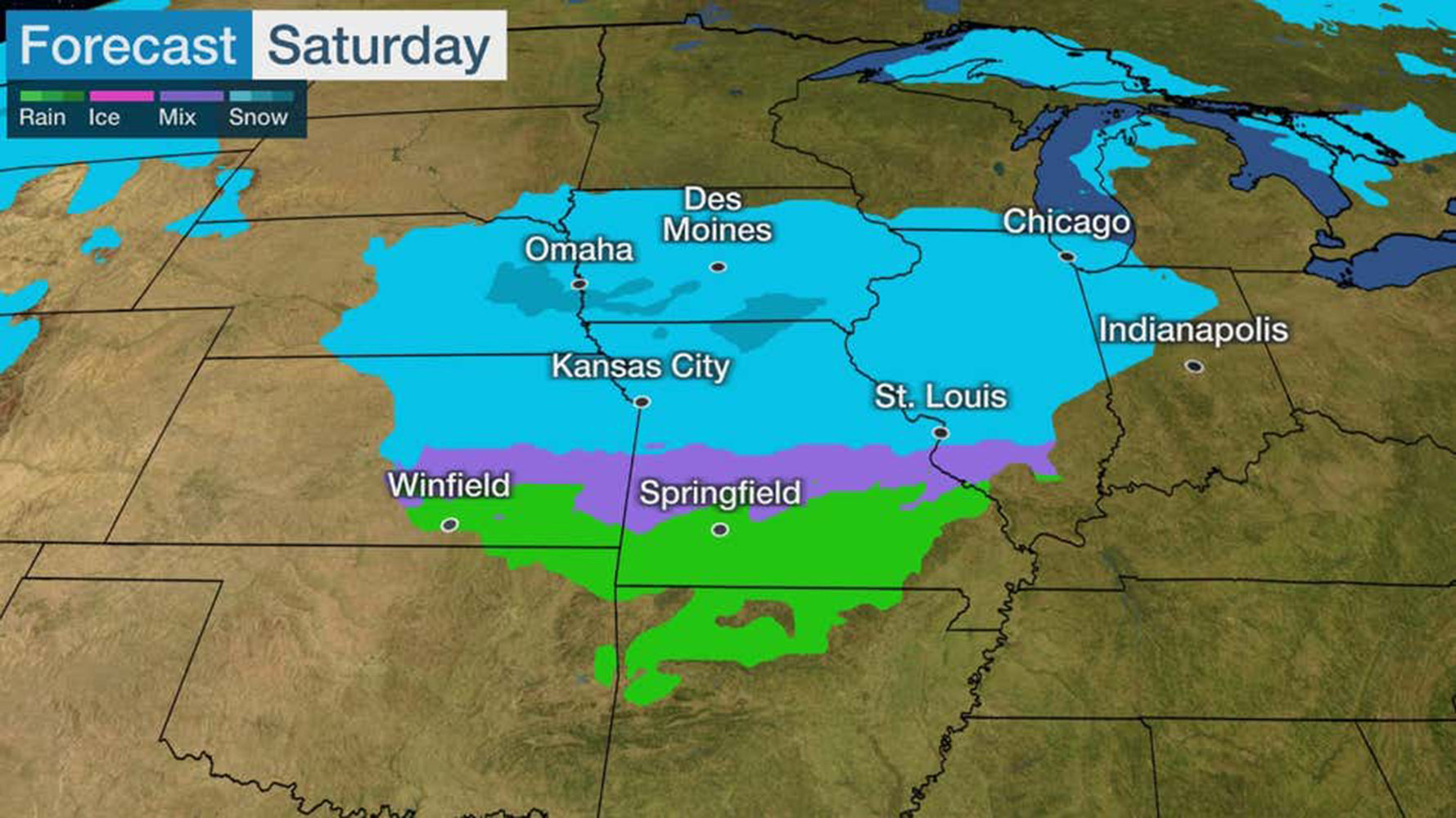 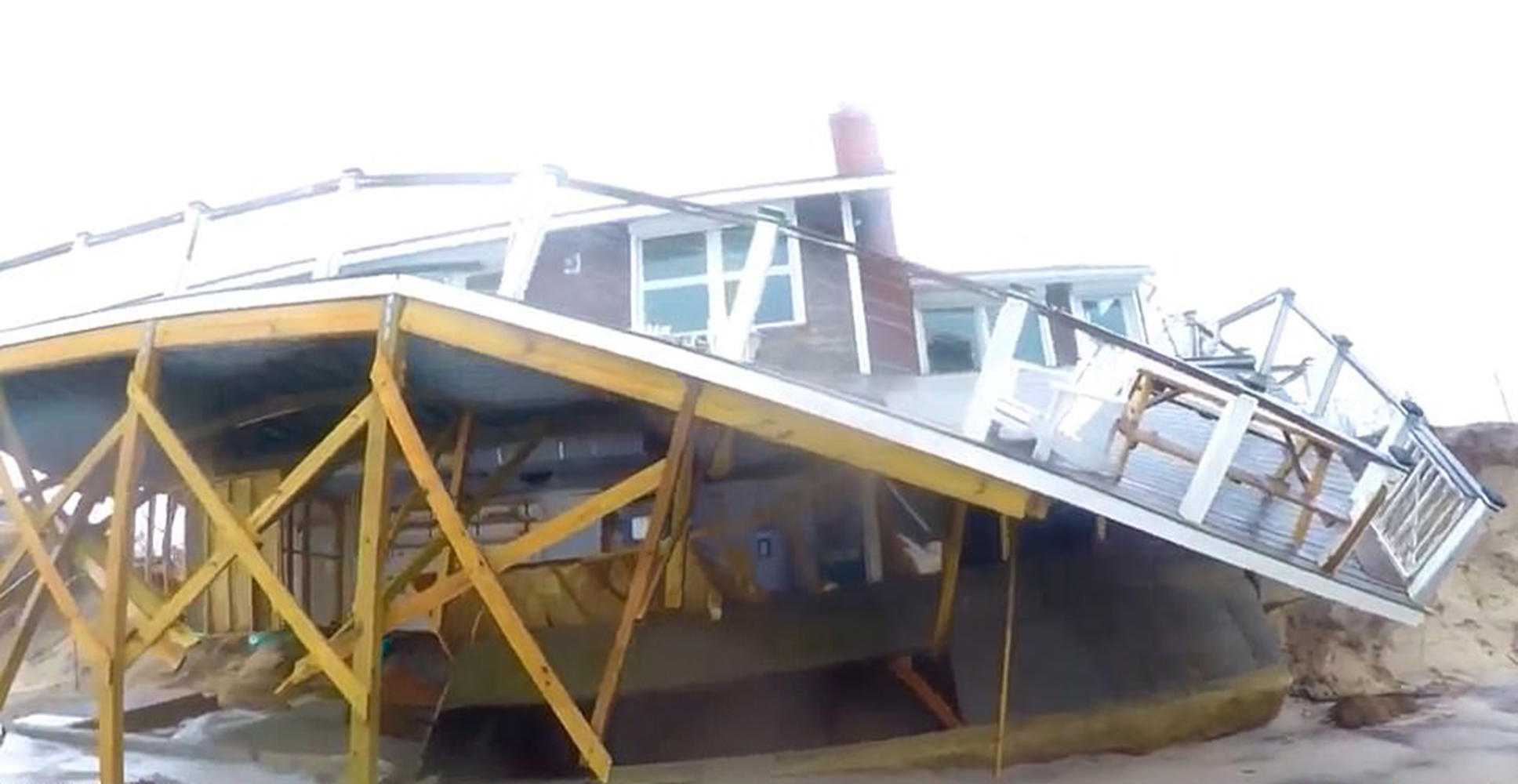 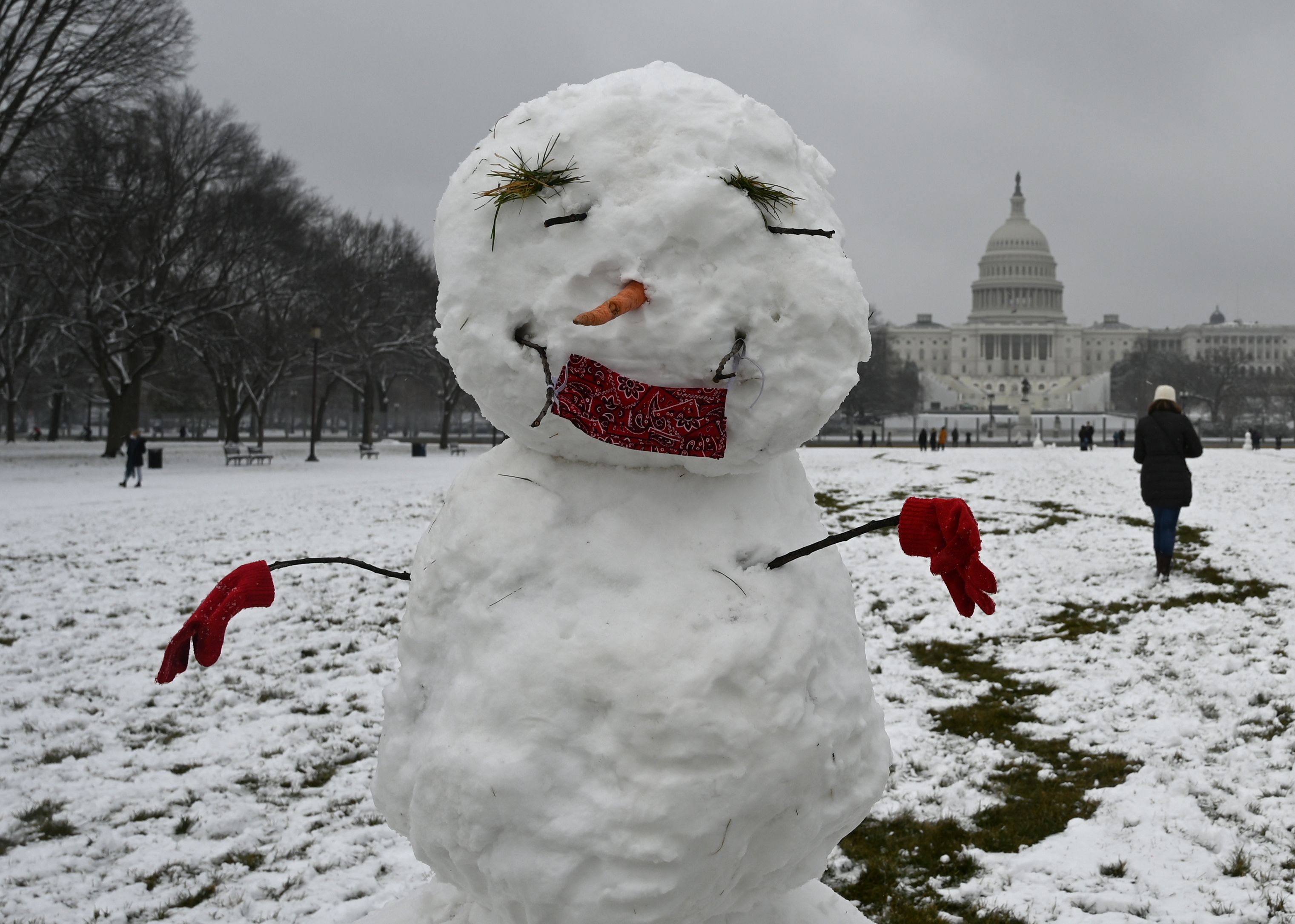 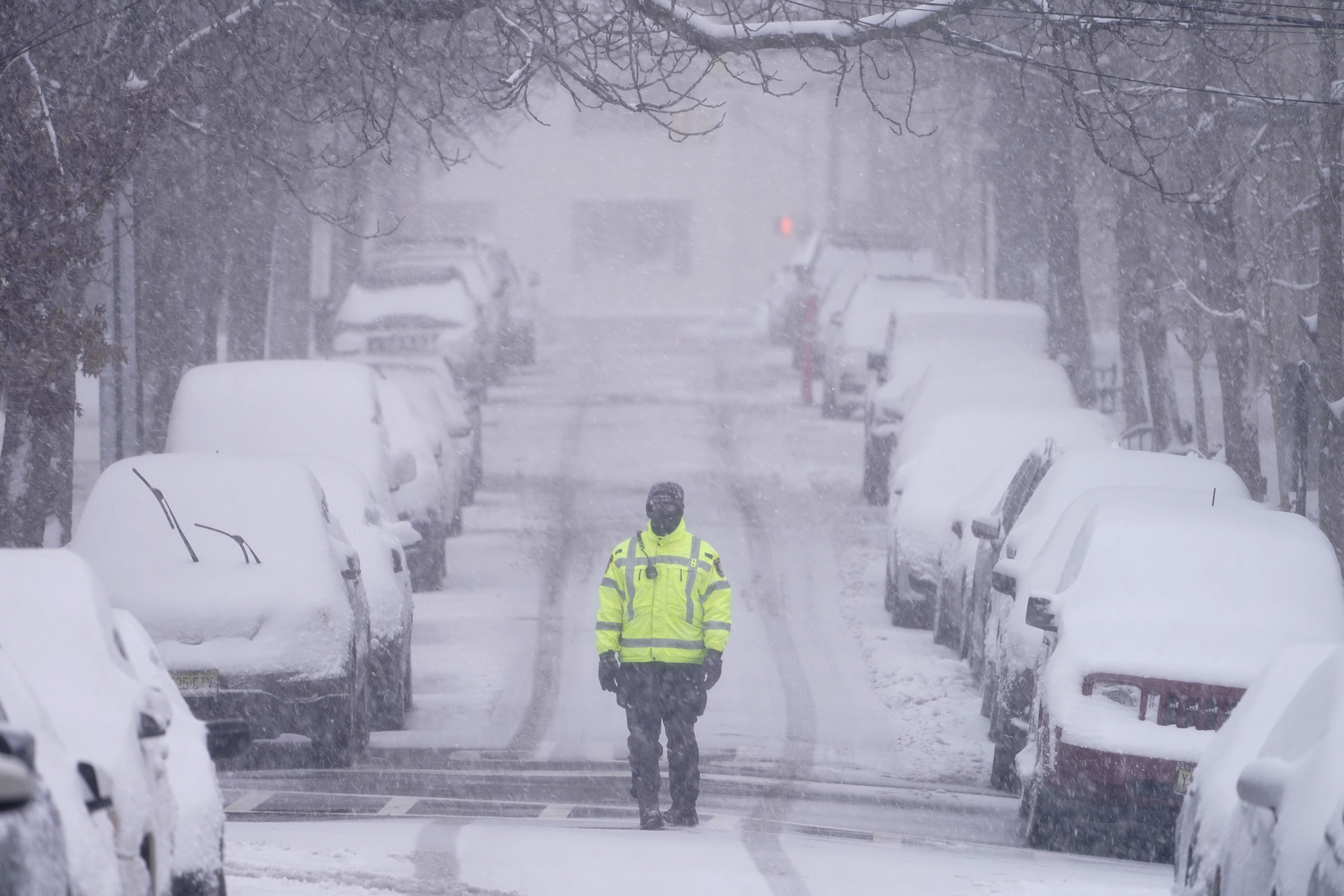 A blizzard warning was issued by the National Weather Service for areas of northern and central Iowa late Thursday night.

Areas between Eastern Nebraska to Wisconsin and the northern parts of Michigan have had winter weather advisories and storm watches issues.

The storm system, on Friday, will then make its way into upstate New York and northern New England.

Meanwhile, forecasters are closely watching "an incoming southward plunge of the jet stream from the Midwest" and "a developing low-pressure system off the Southeast coast."

An interaction between these two weather "ingredients" could lead to "a more significant East Coast storm with snow, rain and wind in portions of the mid-Atlantic and Northeast sometime Sunday into Monday," according to the report. 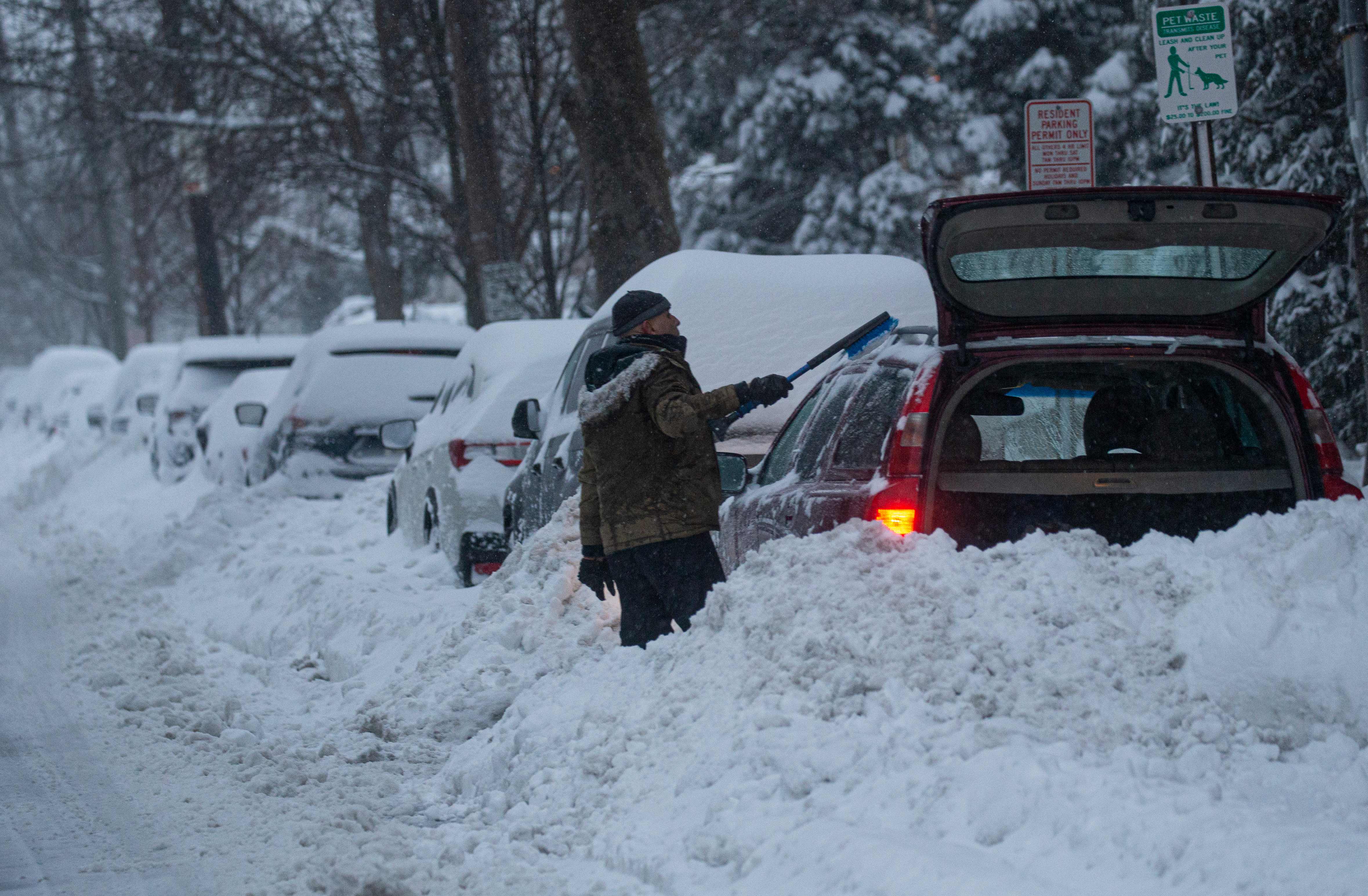 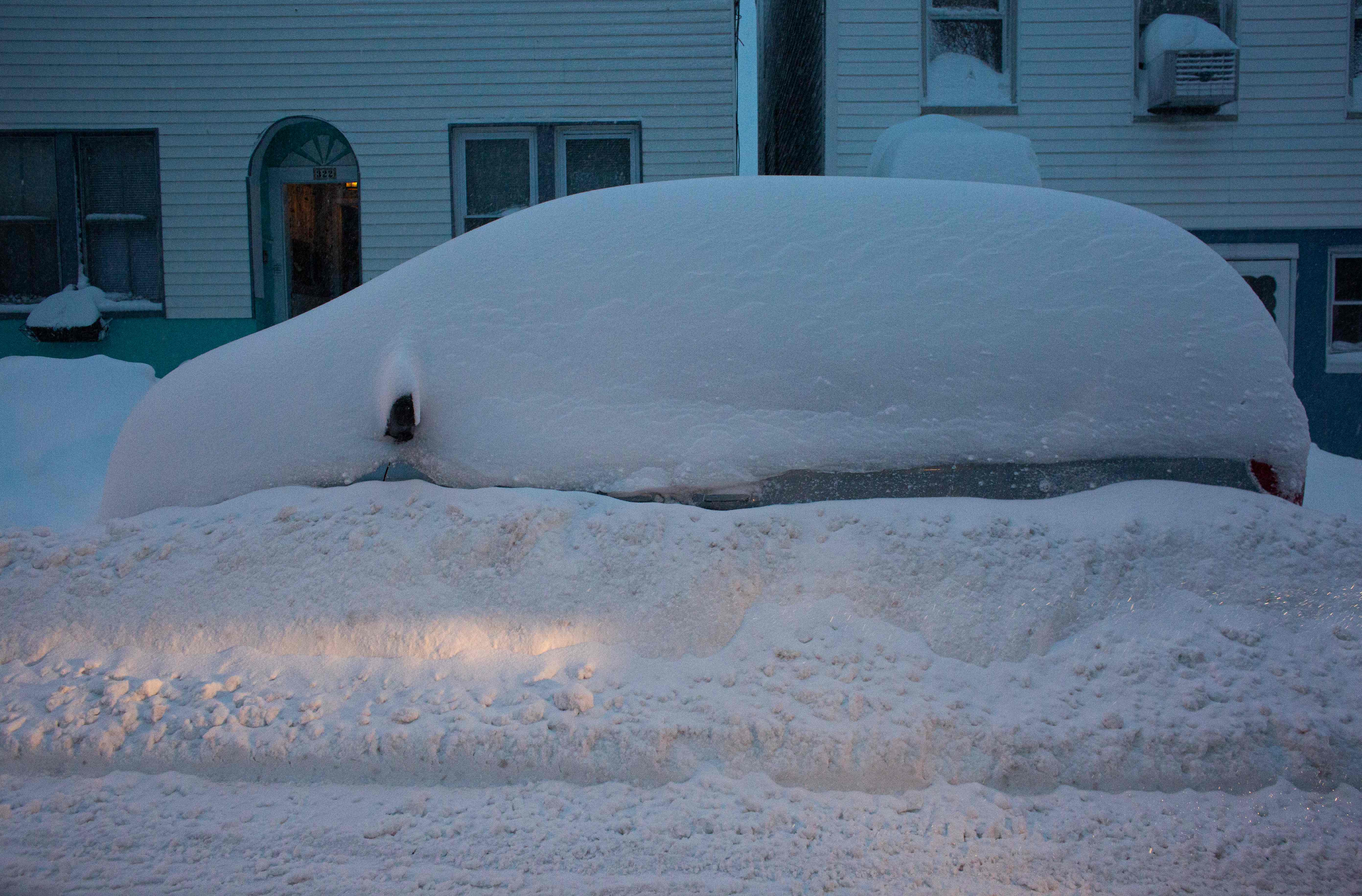 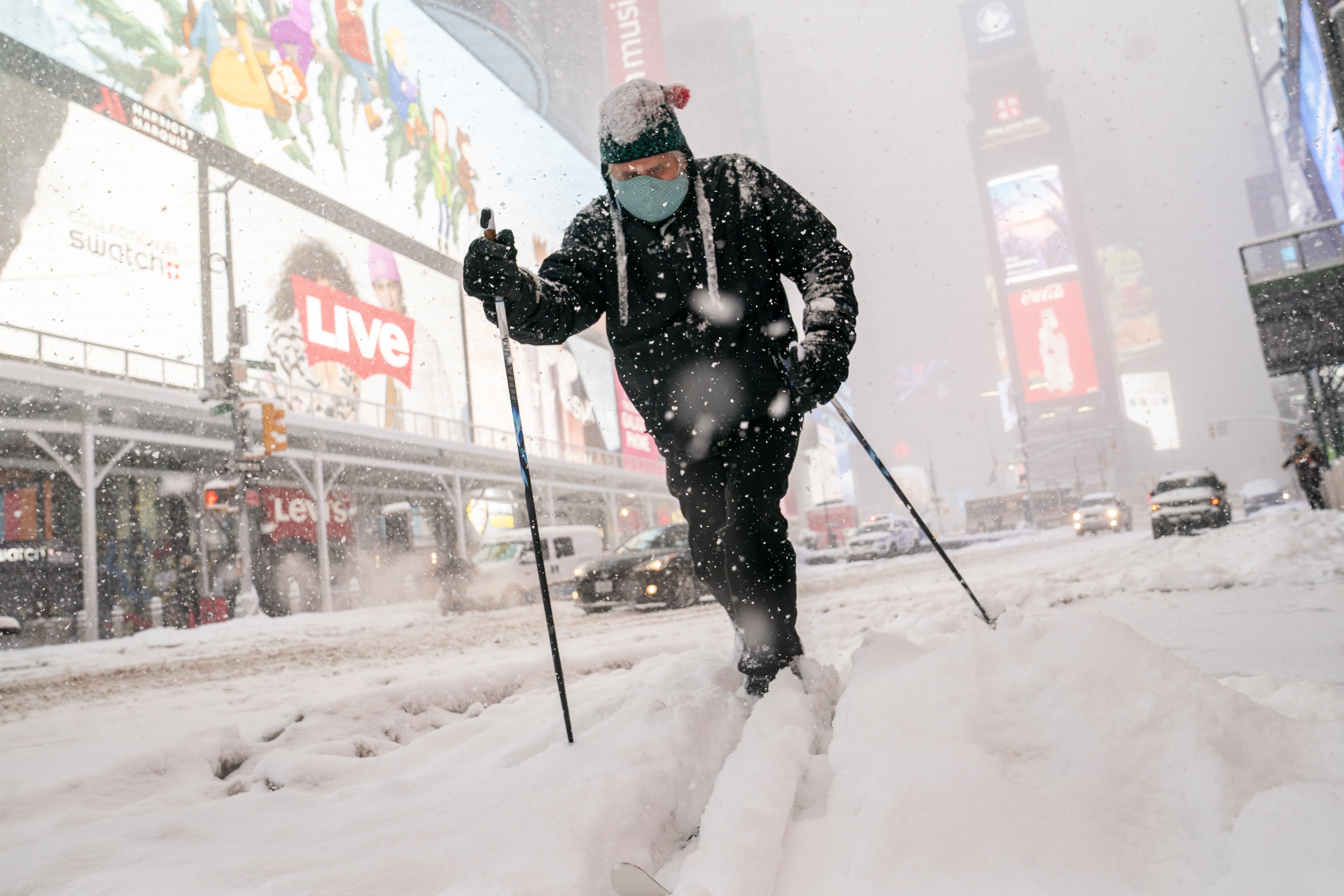 Earlier this week, storm Orlena killed four people, including an elderly woman who froze to death.

The storm has canceled more than 2,000 flights, shut down Covid vaccine sites, and led to 660 vehicle crashes in New Jersey as snow and ice hit multiple states.

As the storm continued into Tuesday, officials warned the heaviest of the snow accumulation was still to come in some places, with two feet predicted in total.

Monday's forecasters revealed 20 inches had fallen between eastern Pennsylvania and northern New Jersey – with the high reaching 30 inches in Mendham by 11pm EST. 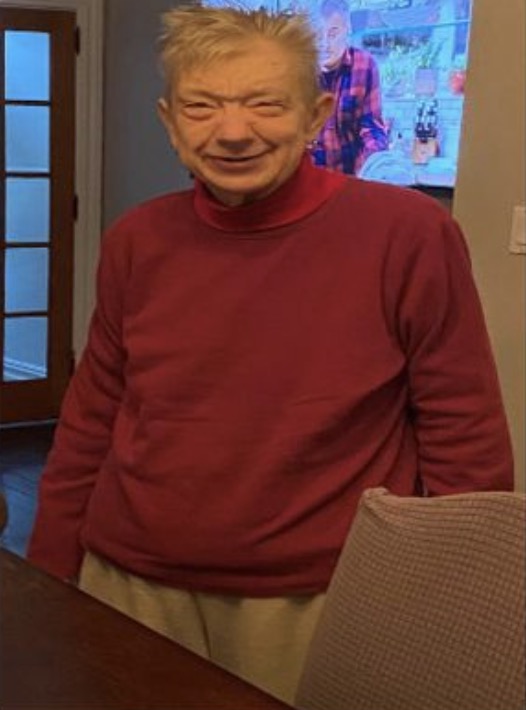 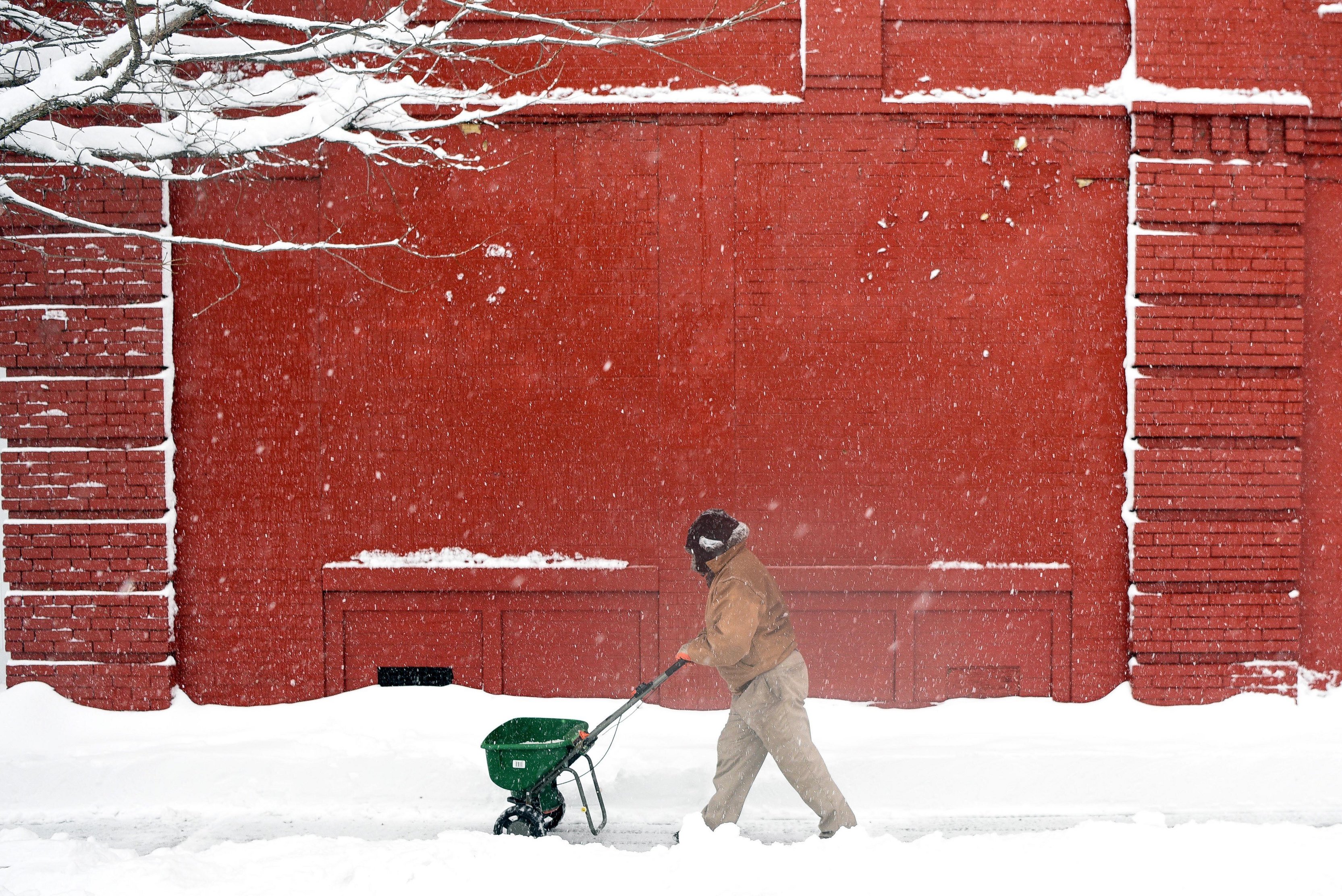 According to WCVB, erosion in Cape Cod, Massachusetts, left a handful of homes severely damaged.

By Tuesday afternoon, one home fell onto the neighboring sand, the news outlet reported.

One nearby resident told WCVB: "It got undermined and the house is on a 45-degree angle. And it’s totally gone now.

On Monday, it was revealed Orlena had claimed its first victim – 67-year-old Patricia Becker – who reportedly wandered away from her home in Pennsylvania.

Becker, who has Alzheimer's, was reported missing around 4am, which led to a massive search by Allentown police.

She was found lying in the snow just a few blocks away from her apartment building a few hours later and was pronounced dead from hypothermia around 9.40am.

And a three further deaths, also in Pennsylvania, were announced by authorities on Monday night in a murder-suicide linked to a dispute between neighbors over snow shoveling.

In New York, as of 5pm Monday, Central Park saw 15.3in of snowfall – marking the first storm to dump over a foot of snow in NYC for over five years.