Victoria Police has reached a confidential financial settlement with the owner of an LGBTQI nightclub in South Yarra after an investigation of a reported sexual assault forced the closure of a bondage-themed event.

More than a dozen officers, including detectives from the Port Phillip crime investigation unit, entered Chasers nightclub on the morning of April 16 over claims a transgender patron had been attacked in a toilet cubicle on the first floor. 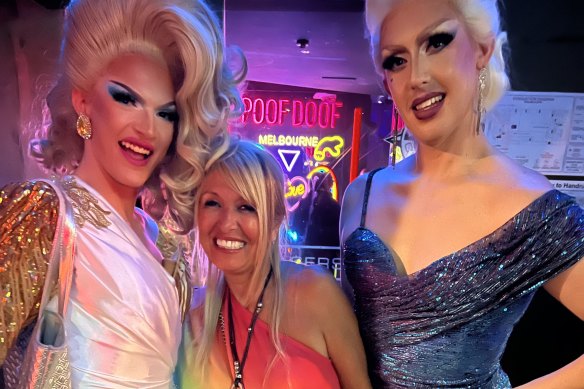 Police decided to shut down an event called Thick and Juicy and evacuated more than 400 patrons from the Chapel Street venue about 4am.

About 40 minutes later, police reversed their decision, but most of the crowd had already gone home. No charges have been laid over the reported sexual assault.

It remains unclear if police had the authority to close the club and order patrons to leave, but the force recently agreed to a confidential settlement with Chasers nightclub owner Martha Tsamis.

Tsamis also refused to discuss the settlement when contacted by The Age, but it represents the third time she has received payment from Victoria Police over the past three years.

In 2019, Tsamis was awarded $90,000 in damages by a Supreme Court judge, who found she had been defamed by then police superintendent Brett Guerin in comments he had made to the Herald Sun about her CBD venue Inflation nightclub.

Supreme Court Justice John Dixon found that Guerin had unfairly maligned Tsamis by suggesting she allowed minors to enter her King Street club and had jeopardised the health of patrons.

Tsamis received another confidential payment from the force in 2019, following the shooting of a couple during a swingers party at Inflation by members of the Critical Incident Response Team in 2017.

Victoria Police agreed to the state’s largest financial settlement for excessive force over the shooting of Zita Sukys and Dale Ewins, who respectively received about $1.5 million and $2 million in compensation.

Tsamis is understood to have reached a much smaller financial settlement with police.