Police shot dead knife-wielding Romanian after using stun grenade, baton round AND Taser to try to stop him smashing up their station, watchdog reveals

Police shot dead a knife-wielding Romanian national after using a stun grenade, baton round and Taser to try and stop him smashing up their station, The Independent Office for Police Conduct (IOPC) has confirmed.

Marius Ciolac, 35, was gunned down on Friday, October 7, after smashing the windows of parked vehicles in the car park of Ascot Drive police station in Derby as well as a window at the newly built £9.5million police station.

The IOPC, investigating the incident, today said Derbyshire Police officers in an armed response vehicle were called to the building by the force at around 9.55am after officers inside reported seeing a man with a knife in the car park causing damage to property. This included smashing glass in the entrance door and windows around it.

Attempts were made to stop him by police, ‘including using a multi-bang stun grenade, discharge of a baton round and a Taser, before a police firearm was discharged at about 10.03am,’ the IOPC confirmed.

Initial findings of a post mortem have showed Mr Ciolac died from a single gunshot wound to the abdomen. 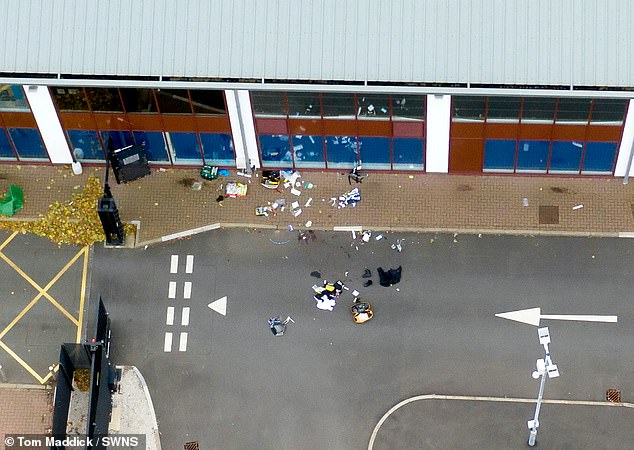 Derbyshire Police officers in an armed response vehicle were called to the building by the force at around 9.55am after officers inside reported seeing a man with a knife in the car park causing damage to property 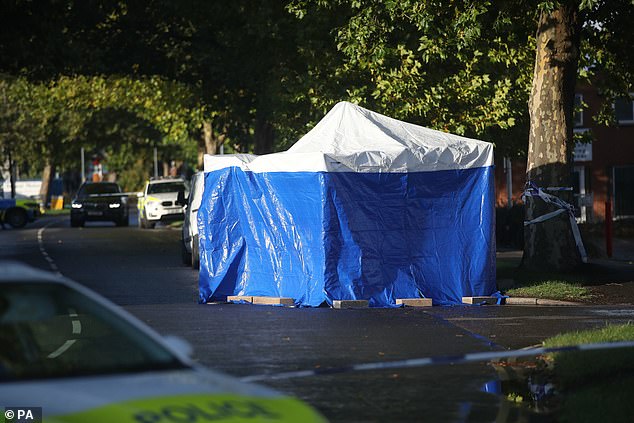 Marius Ciolac died after one shot was fired from a police issue firearm, which will be subject to further ballistics tests, the IOPC said today

Mr Ciolac was given first aid by officers and paramedics at the scene before being taken by ambulance to hospital in Nottingham, where he sadly died later that morning.

‘We can confirm one shot was fired from a police issue firearm, which will be subject to further ballistics tests,’ a statement released by the watchdog said this afternoon.

‘Three knives of various sizes were recovered from the scene.’

The IOPC statement added: ‘Our investigators are working hard to establish all the circumstances surrounding the death of Marius Ciolac, aged 35, a Romanian national with no family in the UK.

‘Although Mr Ciolac has been named, formal identification has yet to take place.

‘The provisional finding of a post mortem examination held on Monday was that Mr Ciolac died from a single gunshot wound to the abdomen.’ 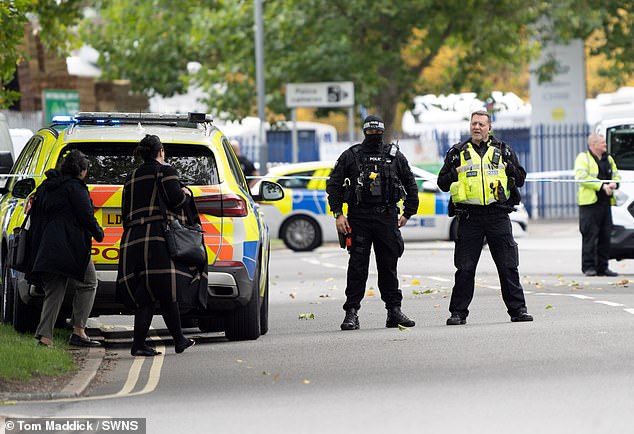 IOPC Regional Director Derrick Campbell said: ‘We have made contact with Mr Ciolac’s family in Romania and Italy to explain our role, and our heartfelt sympathies are with them and everyone else affected by this tragic incident.

‘A lot of rumour about the tragic events of Friday morning has been reported and while it is natural for people to want answers quickly about what happened, I would ask that people show patience and refrain from further speculation out of respect for Mr Ciolac’s family and for everyone involved.

‘We are committed to carrying out a full and thorough investigation of all the circumstances. While there is still a lot of work to do, we have gathered initial accounts from the officers involved and other witnesses from the emergency services.

‘CCTV footage has been reviewed and we are gathering a large amount of police body worn video.

‘We are also in the process of contacting members of the public identified as potential witnesses who may be able to assist our inquiries.’

All police officers are being treated as witnesses at this stage.

HM Coroner has been informed and an inquest will open in due course.