Pope Francis has declared homosexuality a ‘sin’ but not a ‘crime’ as he branded laws which criminalise gay people ‘unjust’.

The pontiff has made some steps to modernise the Catholic Church’s policy towards homosexuality but has fallen short of condoning it or allowing same-sex marriage.

In an interview on Tuesday, the 86-year-old said God loves his children just as they are and called on bishops supporting the laws to welcome LGBTQ people into the church.

He told the Associated Press: ‘Being homosexual isn’t a crime.’ 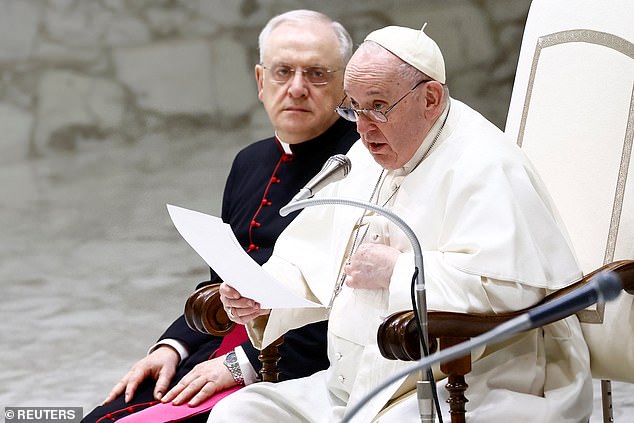 He acknowledged Catholic bishops in some parts of the world support laws criminalising homosexuality or discriminate against the LGBTQ community – and referred to the issue in terms of ‘sin’.

But he attributed such attitudes to cultural backgrounds and said bishops in particular need to undergo a process of change to recognise the dignity of everyone.

‘These bishops have to have a process of conversion,’ he said, adding that they should apply ‘tenderness, please, as God has for each one of us’.

Some 67 countries or jurisdictions worldwide criminalise consensual same-sex sexual activity, 11 of which can or do impose the death penalty, according to The Human Dignity Trust, which works to end such laws.

Experts say even where the laws are not enforced, they contribute to harassment, stigmatisation and violence against LGBTQ people.

In the US, more than a dozen states still have anti-sodomy laws on the books despite a 2003 Supreme Court ruling declaring them unconstitutional.

Gay rights advocates say the antiquated laws are used to harass homosexuals, and point to new legislation, such as the so-called ‘don’t say gay’ law in Florida, which forbids instruction on sexual orientation and gender identity from nurseries through to school year four, as evidence of continued efforts to marginalise LGBTQ people. 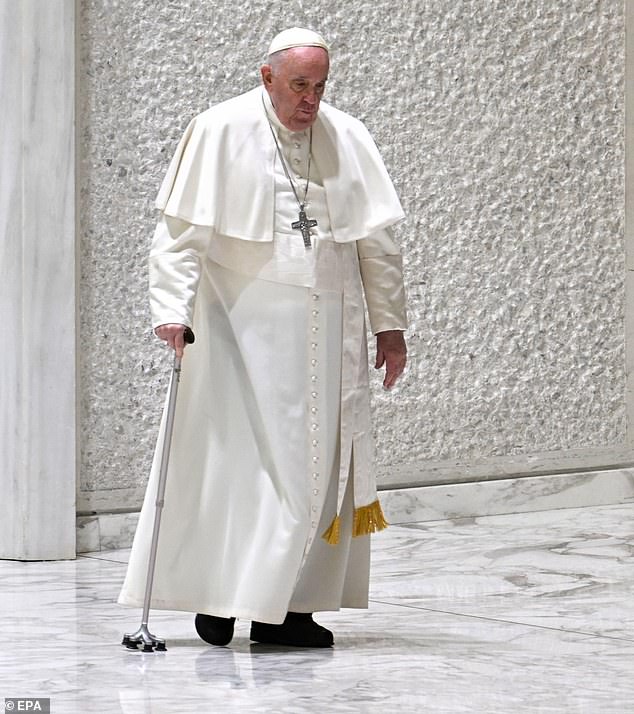 The United Nations (UN) has repeatedly called for an end to laws criminalising homosexuality outright, saying they violate rights to privacy and freedom from discrimination and are a breach of countries’ obligations under international law to protect the human rights of all people, regardless of their sexual orientation or gender identity.

Declaring such laws ‘unjust’, Francis said the Catholic Church can and should work to put an end to them.

Francis quoted the Catechism of the Catholic Church in saying gays must be welcomed and respected and should not be marginalised or discriminated against.

‘We are all children of God and God loves us as we are and for the strength that each of us fights for our dignity,’ Francis said, speaking from the Vatican hotel where he lives.

Such laws are common in Africa and the Middle East and date from British colonial times or are inspired by Islamic law.

Some Catholic bishops have strongly upheld them as consistent with Vatican teaching that considers homosexual activity ‘intrinsically disordered’, while others have called for them to be overturned as a violation of basic human dignity.

In 2019, Francis had been expected to issue a statement opposing criminalisation of homosexuality during a meeting with human rights groups that conducted research into the effects of such laws and so-called ‘conversion therapies’. 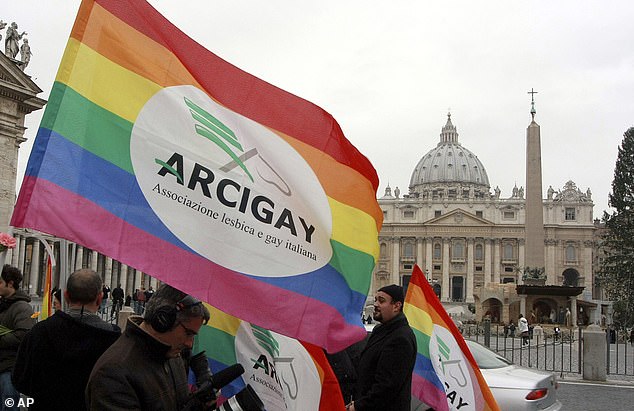 In the end, the pope did not meet with the groups, which instead met with the Vatican number two, who reaffirmed ‘the dignity of every human person and against every form of violence’.

On Tuesday, Francis said there needs to be a distinction between a crime and a sin with regard to homosexuality.

‘Being homosexual is not a crime,’ he said.

‘It’s not a crime. Yes, but it’s a sin. Fine, but first let’s distinguish between a sin and a crime.’

‘It’s also a sin to lack charity with one another,’ he added.

Catholic teaching holds that while gay people must be treated with respect, homosexual acts are ‘intrinsically disordered’.

Francis has not changed that teaching but he has made reaching out to the LGBTQ community a hallmark of his papacy.

Starting with his famous 2013 declaration, ‘Who am I to judge?’ when asked about a purportedly gay priest, Francis has gone on to minister repeatedly and publicly to the gay and trans community.

As archbishop of Buenos Aires, he favoured granting legal protections to same-sex couples as an alternative to endorsing gay marriage, which Catholic doctrine forbids.

Despite such outreach, Francis was criticised by the Catholic LGBTQ community for a 2021 decree from the Vatican’s doctrine office that the church cannot bless same-sex unions ‘because God cannot bless sin’.

The Vatican in 2008 declined to sign onto a UN declaration that called for the decriminalisation of homosexuality, complaining the text went beyond the original scope and also included language about ‘sexual orientation’ and ‘gender identity’ it found problematic.

In a statement at the time, the Vatican urged countries to avoid ‘unjust discrimination’ against gay people and end penalties against them.