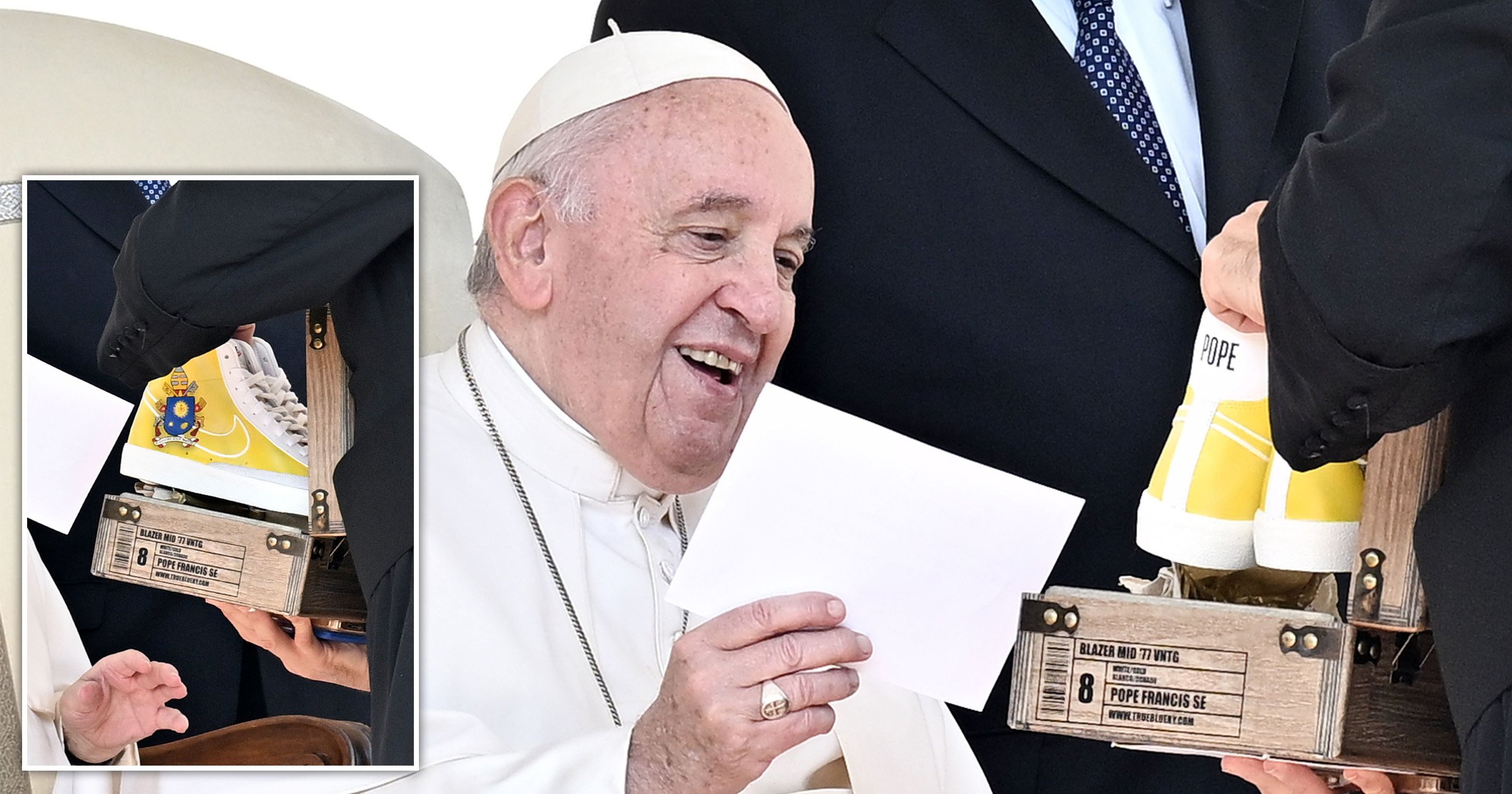 The Pope was presented with the most unlikely of gifts today.

Francis, 85, smiled in apparent surprise as he was handed a pair of Nike trainers emblazoned with the word ‘Pope’ during his weekly general audience.

The shoes, revealed to the head of the Catholic church in a shoebox covered by a picture of Jesus Christ were in the colours of the Vatican and had the Pope’s coat of arms printed on them.

They came in a box that appeared to have an ‘8’ written on it, alongside ‘Blazer Mid ’77 VNTG’, in reference to the vintage edition of trainers.

‘Pope Francis SE’ was also written on the shoes – though it seems unlikely that he’ll be donning them with his papal robes anytime soon.

It comes as Francis again condemned Russia’s ‘relentless bombings’ of Ukrainian cities, saying the attacks had unleashed a ‘hurricane of violence’ on residents.

Speaking to thousands of people at his weekly general audience in St. Peter’s Square, Vatican City, he also appealed to ‘those who have the fate of the war in their hands’ to stop the war.

He said: ‘My heart is always with the Ukrainian people, especially the residents of the places that have been hit by relentless bombings

‘May (God’s) spirit transform the hearts of those who have the fate of the war in their hands, so that the hurricane of violence stops and peaceful coexistence in justice can be rebuilt.

The Pope has been outspoken in his criticism of the Vladimir Putin’s war and has repeatedly called for peace.