Moscow: Russian President Vladimir Putin says there is no need for a Russia-China military alliance now but the idea of a future one can't be ruled out.

Putin was asked during a video conference with international foreign policy experts Thursday if a military union between Moscow and Beijing was possible. He replied that “theoretically, it’s quite possible to imagine it.” 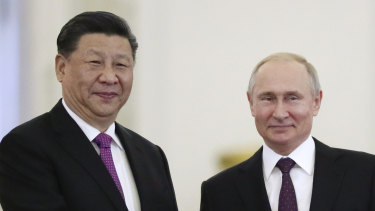 Russia and China have hailed their “strategic partnership,” but so far rejected any talk about the possibility of their forming a military alliance.

“Without any doubt, our cooperation with China is bolstering the defence capability of China’s army,” he said, adding that the future could see even closer military ties between the two countries.

“The time will show how it will develop, but we won’t exclude it,” the Russian president said.