Postman who swindled £30,000 in disability benefits by claiming he could barely get out of bed is jailed for six months after being filmed walking for FIVE HOURS on his rounds

A postman has been jailed after swindling more than £30,000 in disability benefits claiming hip problems left him nearly immobile – when he was actually doing five-four rounds every day.

Anthony Linaker, 46, told the Department for Work and Pensions his hips were so bad he struggled to get out of bed, go to the toilet and dress himself unaided.

He had raked in £33,087.55 in disability living allowance since 2012, but spent most days doing five-hour postal rounds in Derbyshire and was photographed digging holes on a beach.

Derby Crown Court heard how a DWP investigation found he was also a Manchester City season ticket holder and filmed him doing his job without any mobility issues.

Linaker, now of Felixstowe in Suffolk, was yesterday jailed for six months and was slammed for his ‘down-right’ lies. 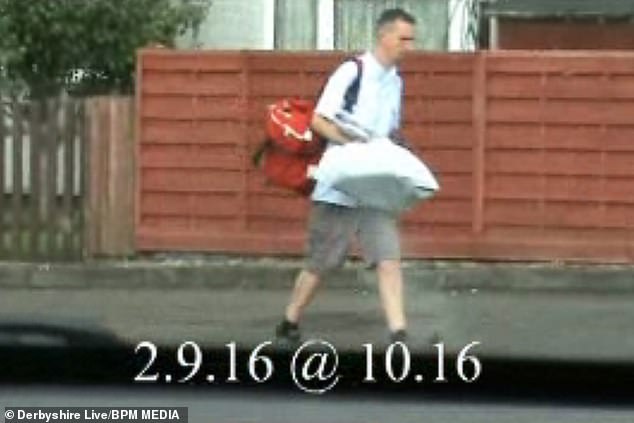 Anthony Linaker, 46 (pictured) told the Department for Work and Pensions his hips were so bad he struggled to get out of bed, go to the toilet and dress himself unaided. But he was filmed doing his postal rounds in Derbyshire and prosecuted

Judge Jonathan Bennett said: ‘You are 46-years-old and you pleaded guilty at this court on February 25, to two matters of dishonest representation for the obtaining of benefit, disability living allowance. Benefits are meant for those who need help.

‘We live in times of austerity, the public purse is extremely tight and sometimes people who claim benefits are disparaged as scroungers.

‘You are of previous good character, but this is not a question of you exaggerating claims, you told down-right lies.

‘You have a very long-standing condition with your hips and arthritis, but you had a partially-successful operation.

‘We came across surveillance footage and there are pictures of you on a beach having fun with the family and the kids, which people benefit claiming can’t do. I am going to give you a custodial sentence.’

Christopher Jeyes, prosecuting, told the court: ‘The defendant has been claiming benefits since April 2009 to May 2017.

‘He claimed disability living allowance and he said he needed help to get in bed, help going to the toilet, help washing and drying himself, assisted in the bath or shower. 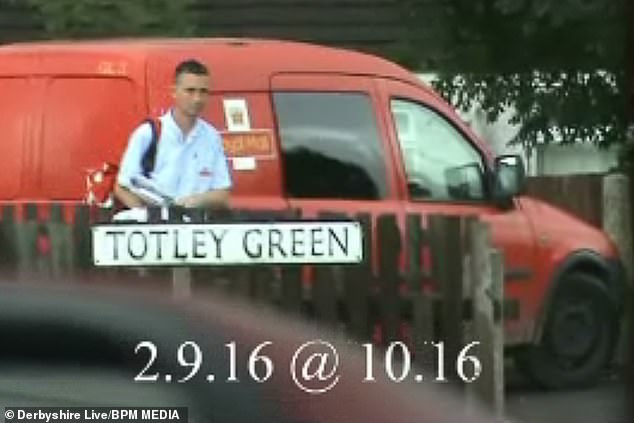 ‘He also said he had difficulty getting out of his chair and his vehicle. It transpired these claims were untrue.

‘He was a season ticket holder at Manchester City and attended football matches regularly.

‘He was employed as a postman, but he is no longer working 40 hours a week. He was given some time off for the hip replacement.

‘He was allowed to sit down when sorting post and he was capable of sorting for 2.5 hours and was bending to do so.

‘He also delivered mail five hours her day and was allowed to drive the bigger van.

‘Footage was taken of him on his round from a surveillance investigation.

‘He was interviewed in June 2017 and in that interview he was worn down and accepted the claims could be untrue.

‘He described it as disgusting and that he couldn’t believe what he wrote. In total, he claimed £33,087.55. On his form he said he was working at the Royal Mail.’

Nicola Hunter, defending, claimed Linaker was sorry for what he had done.

She said: ‘He is 46-years-old and has had deformed hips since his childhood. Coupled with that, he has osteoarthritis which causes him a lot of pain. He is sorry.

‘He did make some admissions at interview and pleaded guilty at his first opportunity at this court. 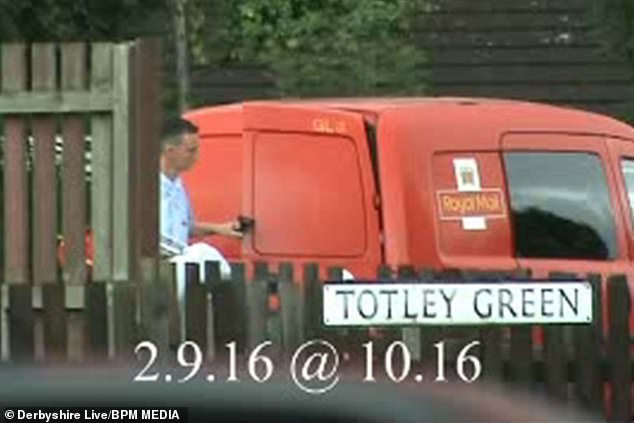 Linaker (pictured with his Royal Mail van) now of Felixstowe in Suffolk, was yesterday jailed for six months and was slammed for his ‘down-right’ lies

‘He has a wife and a daughter. His daughter is in the middles of her mock GCSEs. He has no previous convictions.

‘His mother died last year and he has been grieving for her and been stressed about these proceedings.

‘He has lost his job, lost his home and is on ESA and is paying the DWP back £60 a week off his own back.’

Issuing a statement after the sentencing, a Department for Work and Pensions spokesman said: ‘We are determined to catch those we suspect of fraudulently claiming benefits.

‘Only a small minority of benefit claimants are dishonest, but cases like these show how we are catching the minority who cheat the system and divert taxpayers’ money from those who need it.

‘We are determined to catch those we suspect of fraudulently claiming benefits by following up on tip-offs, undertaking surveillance and working with local councils.’