President Michael D. Higgins’ seven-month-old Bernese dog appeared to be begging for his attention during the interview – which the dog now has an abundance of as the video has gone viral. The clip has garnered over 1.6 million views on Twitter in the last day alone and is showing no signs of slowing down as it continues to be shared online.

The Irish president was delivering a tribute to recently deceased actor Tom Hickey, who passed away on Saturday, as his dog sat by his side during the outdoor briefing.

The pooch quickly began to playfully bite Mr Higgins’ hand and even started pawing at his side, desperate for his owner’s attention.

Mr Higgins remained focused on his interview, though reached out his hand so that his dog could play with him at the same time.

The Irish president has had his Bernese mountain dog since March, following the death of Mr Higgins’ beloved dog Síoda last September. 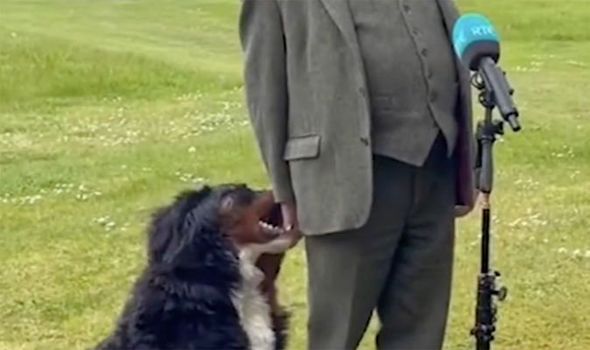 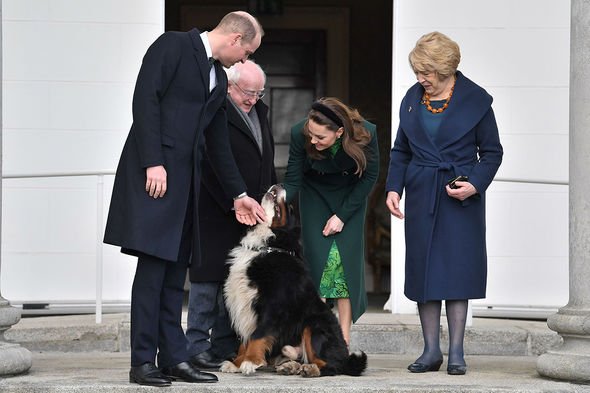 The new pup is called Misneach, meaning courage, and has already stolen the hearts of the nation.

Sinéad Crowley, a journalist with RTE News, shared the wholesome clip on her Twitter and TikTok accounts yesterday, writing: “There was a lot going on in our @rtenews interview yesterday #rtenewsbehindthescenes @PresidentIRL @PaulDeighano.”

The video has received an overwhelmingly positive response online, with fellow dog owners praising the president for not ignoring his puppy.

One said: “Don’t you just love our President. He’s a class act to be sure. Also the dog is fabulous.” 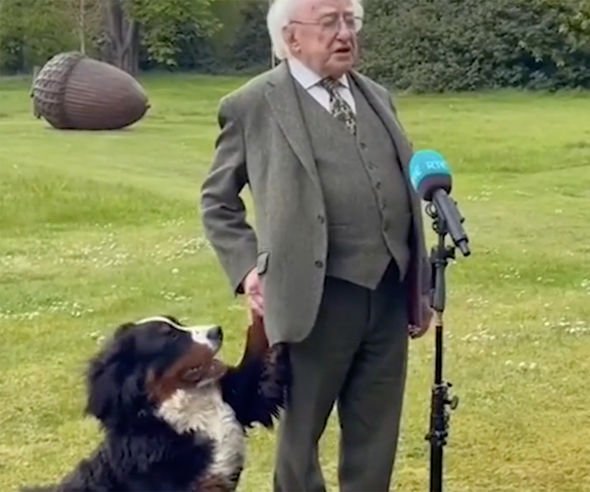 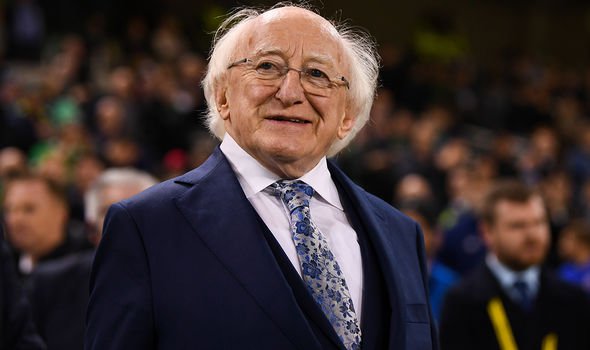 Another added: “Aww you can tell he is a beautiful human just by how his dog #Misneach adores @PresidentIRL. How lucky are we as a nation to have such a wonderful #president.”

A third said: “Simply wonderful. That probably says more about our wonderful President than, well you know what I mean, feel free to add an appropriate analogy.”

This is not the first time that one of Mr Higgins’ dogs has been in the limelight as Bród, another one of his pooches, ran around the room at the International Women’s Day event in March 2020 before lying on his back and asking the president for a belly rub.

There is even a fan account for the president’s dog on Twitter, which currently has more than 24,000 followers.