All aboard the world’s most exclusive bus, eventually: Kenya’s President Ruto posts photo of him with other African leaders on the shuttle taking them to and from the Queen’s funeral (after a 20-minute queue in true London style)

Kenya’s newly-elected President William Ruto released a photo of himself and other African leaders on the way to Buckingham Palace for Queen Elizabeth II’s funeral.

The president was seen with his wife Rachel on the way to attend the funeral service on Monday.

The photo showed Samia Suluhu Hassan, the President of Tanzania, sitting next to his deputy minister for Foreign Affairs Mbarouk Nassor Mbarouk.

The British government issued a directive asking presidents attending the Queen’s funeral to arrive by coach instead of taking their own transport.

But some world leaders, such as US president Joe Biden, were allowed to visit using private vehicles.

Some of Europe’s royals, it emerged, were waiting up to 20 minutes at a bus stop after the Queen’s coffin had set off on its journey from Westminster Abbey to Windsor. 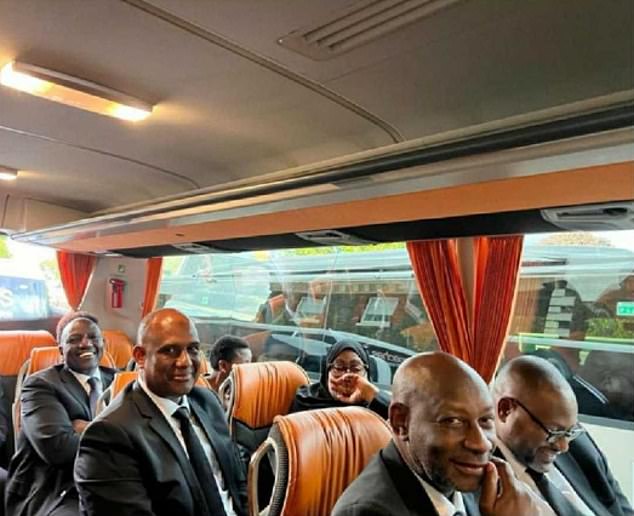 The president was seen with his wife Rachel on the left of the third row of the coach in the photo, on the way to attend the funeral of Queen Elizabeth II. Samia Suluhu Hassan, the president of Tanzania, is pictured on the right hand side of the second row 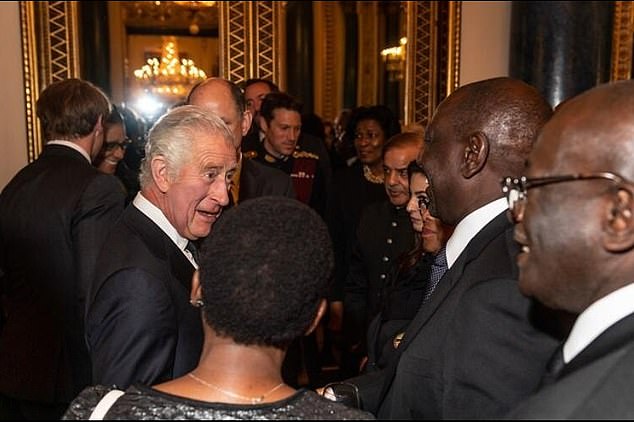 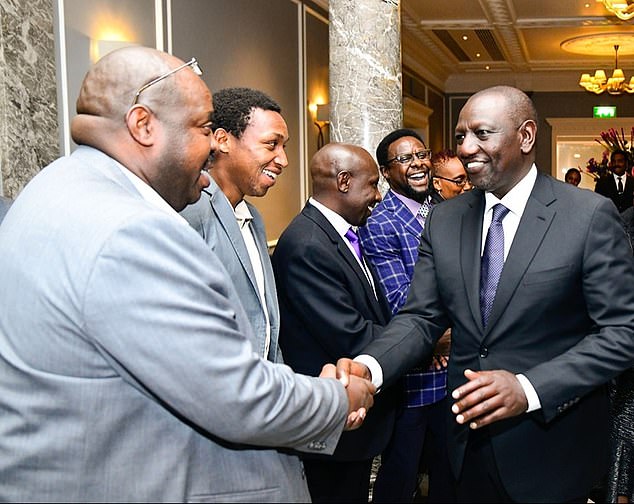 President Ruto won the August 9 election in East Africa’s most stable democracy, overruning longtime opposition figure Raila Odinga in a surprise victory, heading to the UK to attend the Queen’s funeral weeks after 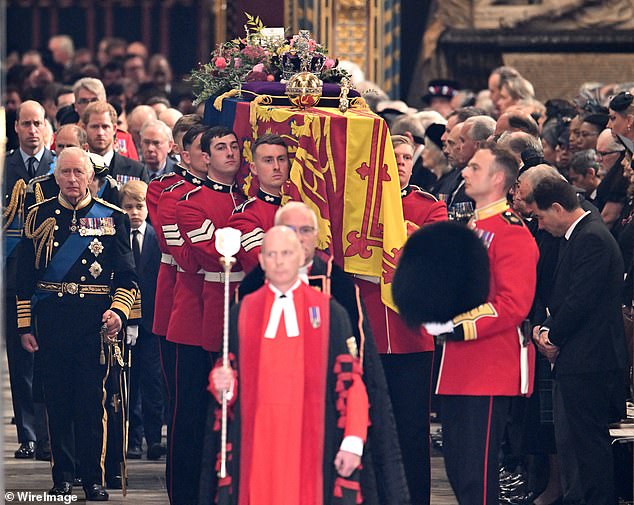 Prince William, Prince of Wales, King Charles III, Prince Harry, Duke of Sussex and Catherine, Princess of Wales watch as HM Queen Elizabeth’s coffin is carried out of the doors of Westminster Abbey

Spotted in the queue was Felipe VI, the king of Spain, as well as Willem-Alexander, the king of the Netherlands, with his wife Maxima, Margareta, crown princess of Romania, and Margrethe II, queen of Denmark, according to The Daily Telegraph.

Simeon II, the last tsar of Bulgaria who reigned from 1943 to 1946 and later became the country’s president, was also left waiting, as were German relations of the late Prince Philip.

Justin Trudeau, the president of Canada, as well as Jacinda Ardern, the prime minister of New Zealand, also queued for the coach.

Other African dignitaries were on the bus, after heads of state from across the globe arrived over the weekend to pay their respects to Her Majesty.

The ambitious Ruto, who portrayed himself as the champion of the poor and downtrodden during the election campaign, has pledged to reach out to his rivals in the deeply divided country, and tackle its economic woes and endemic corruption.

It comes after Biden’s limo came to a grinding halt outside a Pret a Manger coffee shop in central London on the way to King Charles III’s banquet.

Biden and his wife Jill were seen in the back of their presidential car, nicknamed ‘The Beast’, as it got stuck in the busy London traffic on Sunday night.

Members of the public were shocked to see the US President and First Lady drive past them near Marble Arch in central London.

A member of London’s Met Police Special Escort Group was seen racing past the Beast on a motorbike to clear the traffic ahead.

The leader of the free world flew back to the United States on Air Force One straight after the ceremony — before the Queen’s committal and burial — after he was given an aisle seat among the 2,000 mourners from around the world at Westminster Abbey.