Was Shinzo Abe’s killer seeking revenge on the Moonies? Questions over assassin’s links after it emerged his mother bankrupted her family by donating £600k to church known for to its mass-wedding ceremonies

Pressure is growing on the Moonies after it confirmed that Shinzo Abe’s assassin’s mother was a member of the cultish sect and had given over £600,000 to them.

Tetsuya Yamagami, 41, was allegedly motivated to kill Mr Abe at a July 8 election rally by a grudge he held over his mother’s finances, claiming he and his relatives had nothing left after she gave money to the South Korean Unification Church, more commonly known as the ‘Moonies’.

Yamagami’s mother reportedly sold her home to donate £600,000 to a church that the former prime minister was said to be close to and bankrupted her family in the process. 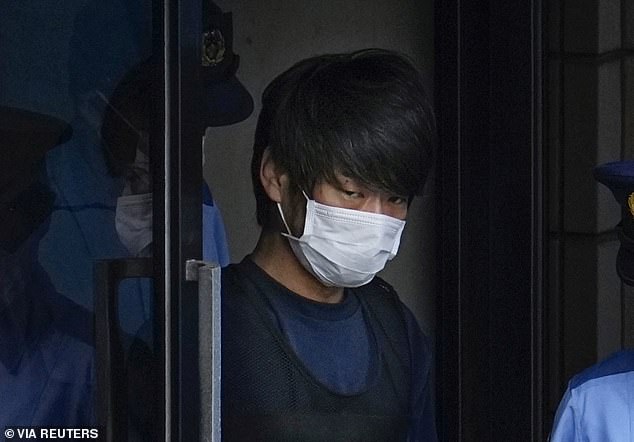 Tetsuya Yamagami, 41, was allegedly motivated to kill Mr Abe at a July 8 election rally by a grudge with the Moonies 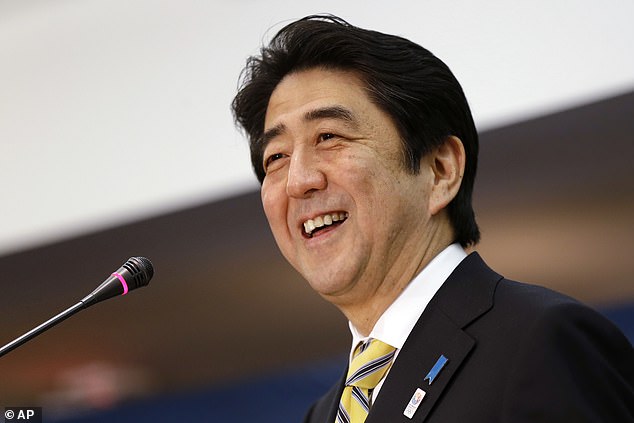 WHAT ARE THE MOONIES?

The Unification Church is a religious movement founded in Pusan, South Korea, by the Reverend Sun Myung Moon in 1954.

Known for its mass weddings, the church teaches a unique Christian theology.

It has generated much controversy, and its members are commonly derided as ‘Moonies.’

According to Moon, the world was created from God’s inner nature, which is reflected in the ‘dual’ expressions of life, (causal, masculine) and (resultant, feminine).

The purpose of creation, Moon believes, is to experience the joy of love.

Controversy surrounding the church led to congressional hearings, and in 1982 Moon was convicted of tax evasion.

His supporters, including many mainline church leaders, saw the trial as an example of government religious persecution.

In 1994, on the 40th anniversary of the founding of the church, Moon announced the formation of the International Federation for World Peace, which assumed many of the functions formerly performed by the church. 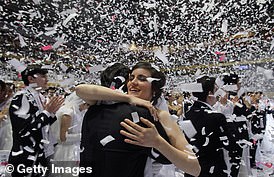 Known for its mass weddings, the church teaches a unique Christian theology

The church has confirmed the mother is a member after a police investigation was announced, but has not shared any information on money she donated.

Abe praised the church’s activities during a speech in September though is not thought to have been a member.

His grandfather, ex-Japan PM Nobusuke Kishi, is said to have assisted the anti-communist church in establishing itself in Japan.

Abe had reportedly sent messages to events held by church affiliates and expressed support for its global peace movement.

Moon, who spoke fluent Japanese, launched an anti-communist group in Japan in the late 1960s, the International Federation for Victory Over Communism, and built relations with Japanese politicians, according to the church’s publications.

It comes as Japanese police said they have found a number of suspected bullet marks on a building near the site of the fatal shooting.

They are apparently from the first shot fired from a suspect’s powerful homemade gun that narrowly missed Mr Abe.

Mr Abe, the country’s longest-serving prime minister who remained influential after stepping down two years ago for health reasons, was shot on Friday during a campaign speech near a crowded train station in Nara, west Japan.

A bullet from a second shot, fired seconds after the first from behind Mr Abe, hit him just as he turned around, apparently in reaction to the initial explosive sound.

Yamagami was arrested on Friday and can be detained for police investigation for up to three weeks before prosecutors decide whether to charge him.

On Wednesday, police found several suspected bullet marks in the wall of a building about 90 meters away from the shooting scene.

Police said they believe the bullets, or fragments of the bullets, from the first shot hit the wall after narrowly missing Mr Abe and piercing through an election vehicle parked nearby.

The marks on the wall and in the vehicle match, police said, suggesting they were caused by the same weapon.

The taped-up 40cm double-barrel gun, made with two iron pipes, was designed to release several bullets per shot, police said.

Mr Abe’s death has shed a light on his and his governing party’s links to the Unification Church, which is known for its conservative and anti-communist stances and its mass weddings.

Tomihiro Tanaka, head of the Japanese branch of the South Korean-based church, confirmed on Monday that Yamagami’s mother was a member.

Mr Tanaka said Mr Abe was not a member but may have spoken to groups affiliated with the church.

Police this week inspected a building related to the church in Nara after the suspect told investigators he had test-fired a homemade gun the day before the shooting to figure out how powerful it would be.

They found several holes in the wall of an unrelated office next door, which the suspect might have believed was part of the church, police said.

Mr Abe’s assassination has shaken Japan, one of the world’s safest nations with some of the strictest gun laws.

Police have acknowledged possible lapses in guarding Mr Abe and announced plans to set up a task force to review safety procedures.

Hundreds of people, some in formal dark suits, filled pavements outside the Zojoji temple in downtown Tokyo to bid farewell to Mr Abe, whose nationalistic views drove the governing party’s conservative policies, on Tuesday.