Time at the bar? Pub landlords in last orders warning amid fears they will go bust over high energy bills

Pubs and breweries have warned they face going bust amid soaring energy costs, with some claiming bills have rocketed by 300 per cent.

In an open letter, bosses of six of the UK’s biggest pub and brewing companies called on the Government to act now to avoid ‘real and serious irreversible’ damage to the sector.

This could include introducing an energy price cap for businesses – similar to the cap set for households. 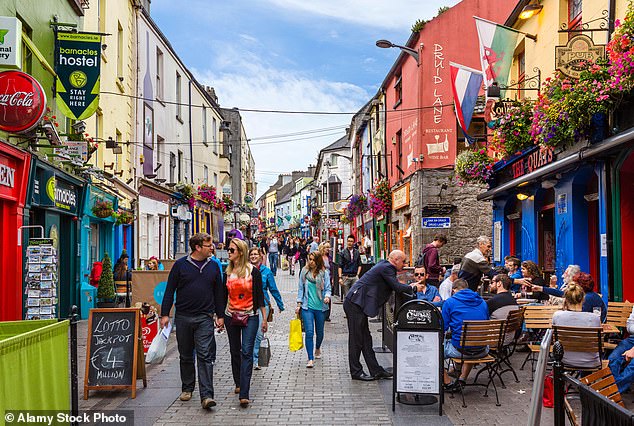 In an open letter, bosses of six of the UK’s biggest pub and brewing companies called on the Government to act now to avoid ‘real and serious irreversible’ damage to the sector

William Lees Jones, managing director of the JW Lees group, said: ‘We have publicans who are experiencing 300 per cent-plus increases in energy costs… These are not just pubs but people’s homes and the hearts of the communities that they sit in.’

Emma McClarkin, chief executive of the British Beer and Pub Association, added that the energy crisis will cause more damage for the industry than the pandemic.

Separately a group of more than 750 takeaway owners have written to the Government requesting urgent support to prevent mass closures.

The British Takeaway Campaign is calling for a cut to VAT, grants to help with energy bills as well as tax rebates and a blitz of red tape hamstringing smaller operators.

Out-of-control gas prices following the invasion of Ukraine by Russia have contributed to rocketing energy bills for operators.

On Friday, regulator Ofgem confirmed that bills for an average UK household would surge by 80 per cent in October when the new price cap comes into force.

But businesses operate without a regulated price cap, with some pub owners warning that their bills have quadrupled or they are struggling to even find suppliers willing to power their venues when contracts come up for renewal.

Nick Mackenzie, chief executive of the 2,700-strong Greene King pub group, said one tenant has seen their energy bill jump £33,000 for the year.

He said: ‘Without immediate government intervention to support the sector, we could face the prospect of pubs being unable to pay their bills, jobs being lost and beloved locals across the country forced to close their doors, meaning all the good work done to keep pubs open during the pandemic could be wasted.’