Shoppers and staff at a New Zealand supermarket have been praised for their courage in trying to stop an attacker armed with a knife while waiting for police to arrive.

The man stabbed four people, including two employees at the Countdown supermarket in the South Island city of Dunedin on Monday.

All four victims are in hospital, with three in a serious but stable condition, while the fourth is described as being in a moderate condition.

According to NZ media reports, one is a Department of Corrections officer, one is his wife (a nurse), the third is a manager at the supermarket and the other is a female employee.

New Zealand Police superintendent Paul Basham said he had watched CCTV footage of the attack and the efforts of bystanders to detain the man until police arrived were “nothing short of heroic”.

“This was a fast-moving and extremely traumatic event for every person in the supermarket – for the victims who were stabbed, for those who were present who tried to intervene and those who had to flee to a place of safety.

“What I can say is that those who intervened, some of whom became injured themselves, I think have acted selflessly and with great courage to prevent this man from hurting anybody else,” he said.

A man, 42, has been charged with four counts of attempted murder and he will appear in court later today.

He was also injured in the attack and was treated under police guard. 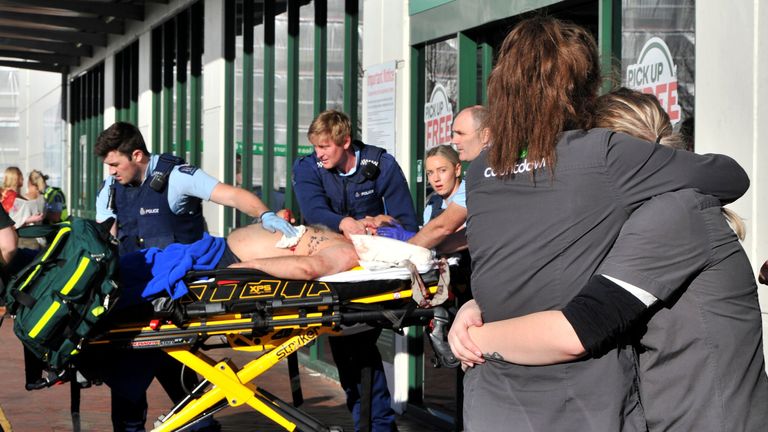 The motivation for the attack has not been confirmed, with Mr Basham saying: “On the face of what we currently know, we believe this was a random attack”.

New Zealand Prime Minister Jacinda Ardern also praised the actions of those in the supermarket during the attack, describing them as “courageous acts…to protect those around them”.

Supermarket chain Countdown said employees were “shocked and devastated” by what had happened, adding: “We are deeply upset that customers who tried to help our team members were also injured”.

The company said its priority is the injured employees and “caring for our wider team in the wake of this extremely traumatic event”.