Smoking has been banned inside pubs and restaurants in England since 2007, but there are currently no controls on outside eating and drinking.

With more non-smokers now sitting outdoors due to social distancing measures, ministers have faced demands to require pubs and cafes to ban smoking anywhere on a premises.

The Government last night rejected an outright ban, and instead instructed businesses in England to offer dedicated outdoor seating areas for smokers and non-smokers.

Ministers tabled an amendment to the Business and Planning Bill requiring landlords to make ‘reasonable provision’ for non-smoking seating.

Planning Minister Chris Pincher said: ‘These changes will allow everyone to enjoy outdoor eating and drinking whether they smoke or not, with appropriate provisions made for non-smokers and smokers.’ 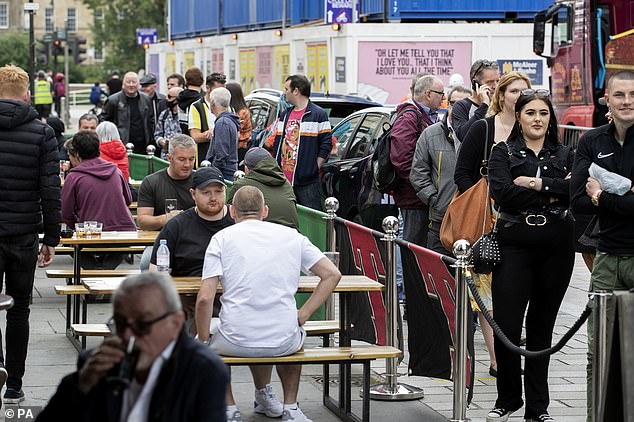 Under the guidance, establishments are asked to display clear ‘no smoking’ signage in designated areas, with no ash trays provided or left on furniture in smoke-free zones.

‘Licence holders should aim for a minimum two-metre distance between non-smoking and smoking areas, wherever possible,’ it added.

Mr Pincher said: ‘We are supporting our pubs, cafes and restaurants to safely reopen and securing jobs by making it quicker, easier and cheaper to set up outdoor seating and stalls to serve food and drink, whilst protecting public health against the transmission of Covid.’

The Business and Planning Bill is intended to help the hospitality sector as it reopens following lockdown, and make it easier for business to set up temporary outdoor areas for eating and drinking.

Calls for smoking to be banned outside bars, restaurants and cafes over fears of an increased risk of second hand smoke were last week slammed by pub owners.

Emma McClarkin, CEO of British Beer & Pub Association, insisted the management of smoking areas should be left up to individual pubs.

She said: ‘We believe that it should be up to licensees to make the decision on whether smoking is permitted in their outside areas and if so how best to organise designated spaces.

‘Each publican knows their customers and their needs best and should be allowed the flexibility to meet these needs, especially at this challenging time.’ 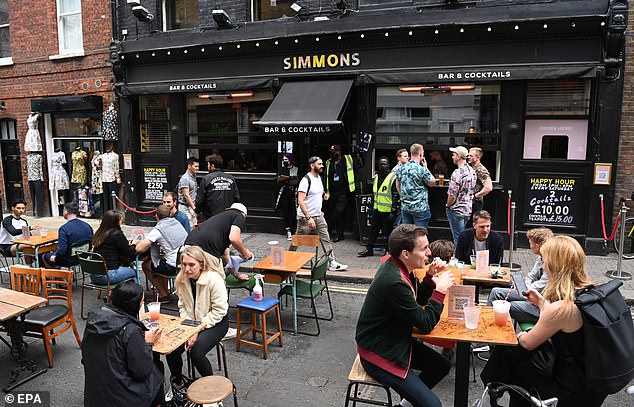 Smoking has been banned inside pubs and restaurants in England since 2007, but there are currently no controls on outdoor eating and drinking 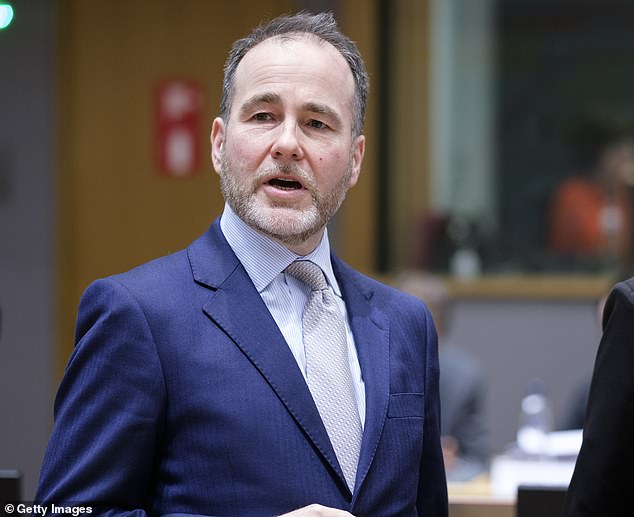 Planning Minister Chris Pincher said: ‘These changes will allow everyone to enjoy outdoor eating and drinking whether they smoke or not, with appropriate provisions made for non-smokers and smokers’

Kyle Michael, from the Launton Arms, in Launton, Oxfordshire added: ‘As a non smoker myself, I personally would welcome non smoking areas, but as a publican facing one of the worst challenges with Covid we’ve faced since the indoor smoking ban, this is not a welcome move and it seems some politicians simply do not understand pubs at all.’

One Briton wrote on social media: ‘What is it with some politicians and their determination to decimate the economy and attack ordinary people?’

A second said: ‘Pubs will suffer for this. People are so damn precious about being offended by a bit of smoke.

‘Why can’t they just go into the pub quickly. People were never like this before smoking became an issue. The power of suggestion.’

It comes as the Government announced British factories will produce millions of face coverings each week in a £14 million investment.

The Chancellor of the Duchy of Lancaster Michael Gove said today that suppliers in Port Talbot, Wales, and Blackburn in north-west England, had started producing ‘high quality’ face coverings, with another site in Livingston, Scotland, to begin in the coming weeks. 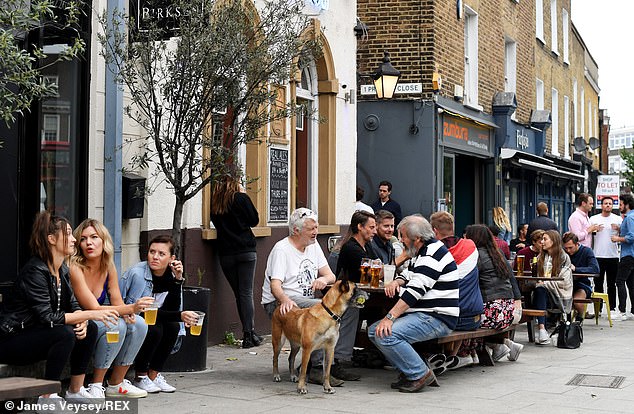 Calls for smoking to be banned outside bars, restaurants and cafes over health fears were last week slammed by pub owners and customers 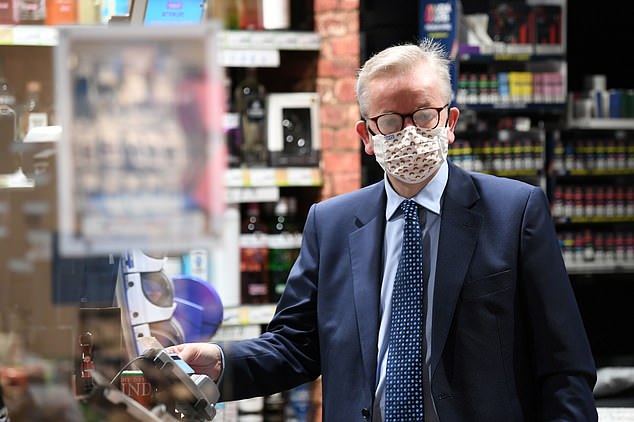 It comes as the Government announced British factories will produce millions of face coverings each week in a £14 million investment. Pictured: Michael Gove

It is part of a Government drive to increase production of face coverings in the UK, he added.

Face coverings are already compulsory on public transport in England and the Government has made it mandatory to wear them in shops and supermarkets from July 24 to reduce the spread of coronavirus.

Government guidance also encourages the wearing of face coverings in enclosed public spaces where it is less easy to socially distance or where people are more likely to come into contact with people they would not normally meet.

Mr Gove said: ‘This is a major step to ensure that this country can meet any increase in demand for face coverings by working with British firms to establish the capability, capacity and skills required to manufacture these items at scale.

‘These production lines will be able to get millions of face coverings to the public, without putting any additional pressure on NHS supply chains.’

The Cabinet Office said the Government had bought 10 production lines, which include 34 tons of equipment and machinery, while a further 10 have been commissioned from Coventry-based automotive company Expert Tooling and Automation Ltd.

The manufacturers are expected to produce millions of masks a week, it added.