The country has seen a further spike in coronavirus cases, pushing the world’s fourth-highest infection tally towards 1.3 million. This includes 4,501 infections in Moscow. The capital city, home to 13 million, has been one of the hardest-hit areas.

It has opened two temporary hospitals and ordered businesses to have at least 30 percent of staff working remotely.

A total of 149 people have died overnight, pushing the death toll to 22,597, the coronavirus taskforce said on Sunday.

“In a few months there will be a vaccine, which will allow people to be vaccinated on a large scale,” Moscow mayor Sergei Sobyanin said on Sunday, according to state media. 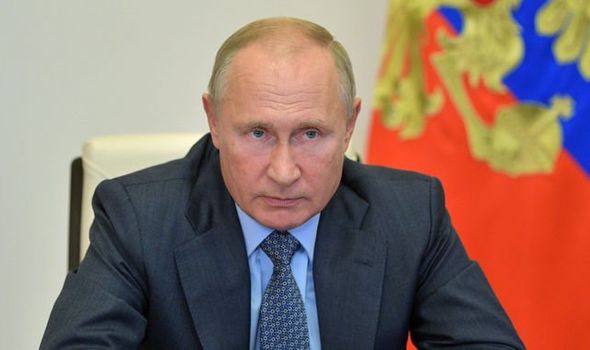 “This story will end, but we have to get through it without losses,” he added.

Russian became the first country to grant regulatory approval for a Covid-19 vaccine, which has caused some concern to the scientific community.

Around 400 high-risk patients have received injections, according to the health ministry.

However, the vaccine is not yet in general circulation.

The country’s infection rate is behind only the United States, India and Brazil.

Russia’s Health Ministry recommended people stay at home this weekend as cases top 1,298,718 in a nation of 145 million people.

Russia had imposed one of the strictest nationwide lockdowns at the beginning of the pandemic. Non-essential businesses were shuttered while Moscow residents were only allowed to move freely with official digital passes.

However, a lot of restrictions were lifted ahead of a large second world war military parade earlier this summer, in June, and a nationwide vote on amendments that led the way for President Vladimir Putin to retain power until 2036.