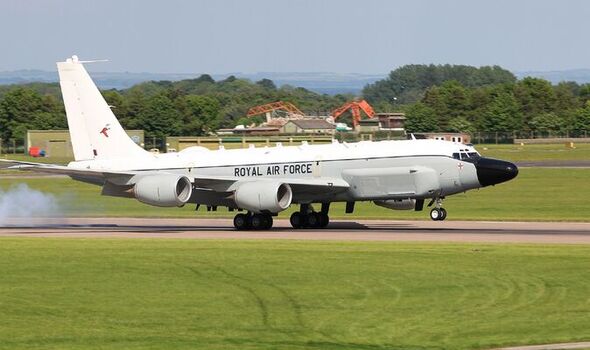 The Russian Defence Ministry said its air force had been tasked with preventing any violations of the country’s airspace. It warned the alleged move from the UK was a “deliberate provocation”. A UK Ministry of Defence (MoD) source has denied Britain had asked permission to fly an RAF spy plane over Russia. This is the latest strain in relations between the two countries that has threatened to boil over during Russia’s war with Ukraine.

Since the start of the invasion on February 24, Britain battered Russia with a series of sanctions packages aimed at blowing a huge hole in the country’s economy and derailing Putin’s war plan.