Vladimir Putin is being kept alive to wage war in Ukraine by foreign doctors despite all the Western sanctions imposed on him and his regime, it is claimed.

The medics have used the latest Western treatments to target his cancer, and stop its spread but he is likely now in his last year in power, a Russian expert told the Ukrainian media.

‘I can say that without this [foreign] treatment he would definitely not have been in public life in the Russian Federation,’ said Russian historian and political analyst Valery Solovey.

‘This is absolutely certain.

‘He uses the most advanced treatments, [and] target therapy which Russia cannot provide him with….

‘I would say that the treatment has been too successful.

‘They have been treating him too well.’

Despite this ‘the end is already in sight, even according to the doctors who are curating this treatment, because no medication can be endlessly successful’. 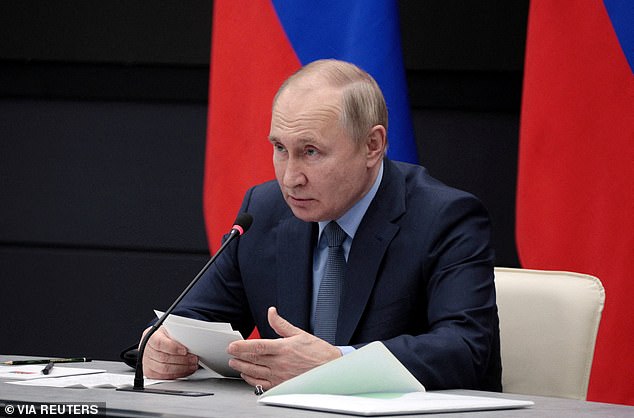 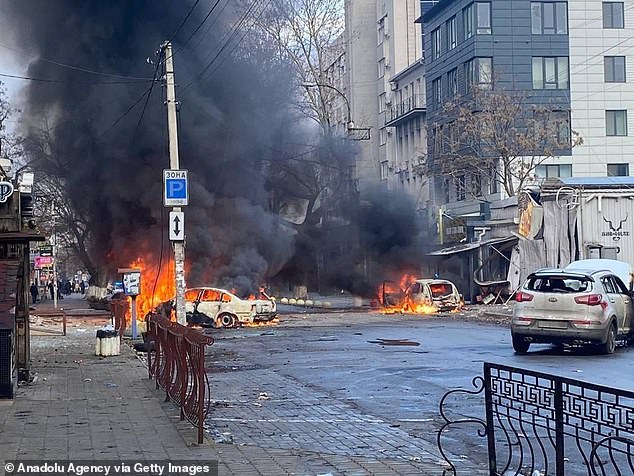 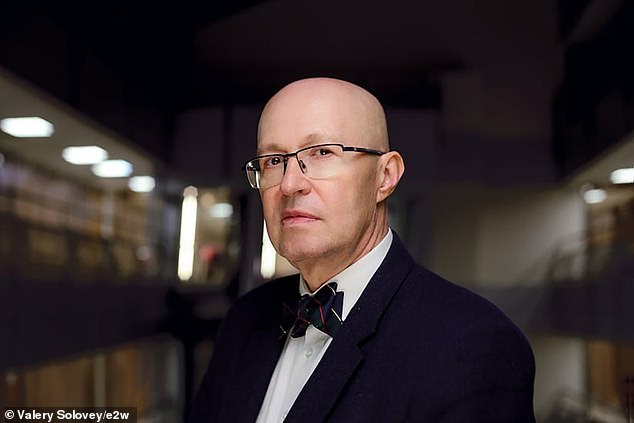 His plan when he can go on no longer is to hand power to little-known Russian agriculture minister Dmitry Patrushev, 45, son of his trusted and powerful top security aide Nikolai Patrushev, 71, a virulently anti-Western former head of the FSB, and a key architect of the war in Ukraine.

Another possible successor is Alexei Dyumin, 50, a former Putin bodyguard and ex-deputy defence minister, who he met on Friday when they toured a major weapons plant in Tula region, where he is now governor.

Solovey is a former professor at Moscow’s prestigious Institute of International Relations [MGIMO], a training school for spies and diplomats, who has long claimed inside knowledge about Putin’s health.

He did not say where the ‘non-Russian doctors’ allegedly treating Putin are from but the ailing Kremlin leader ‘trusts’ them, with the treatment overseen by top Moscow medics, he said.

Previously there have been claims he is dependent on life-saving medicines prescribed by Israeli medics and purchased in Israel. 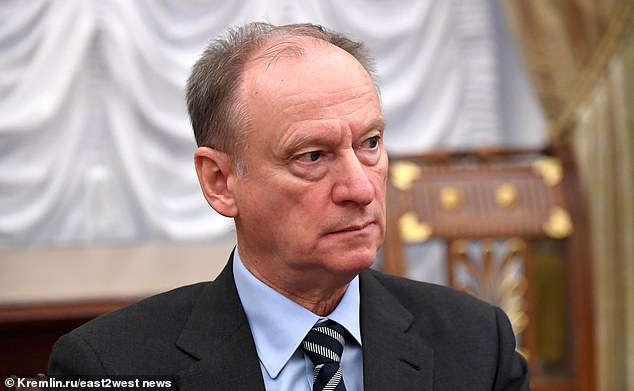 Solovey told Ukrainian YouTube channel Odesa Film Studio that ‘it is obvious that he has problems with movement – with legs – [which] many viewers have noticed.’

He initially suffered colon cancer which has spread ‘and is more dangerous now’, and the medication has led to early symptoms of Parkinson’s, he claimed.

‘He has quite serious medical problems,’ said Solovey.

‘The most serious of them is oncology. So far he is kept ‘floating’ by the way treatment is curated by non-Russian doctors.

‘The strategy and tactics of the treatment were defined by doctors who are out of Russia.

‘They are the [doctors] who performed surgery on him in February 2020, soon after he was diagnosed with an oncology.’

With Russia embroiled in a war of Putin’s choosing his alleged condition and treatment ‘have a direct impact on his situational awareness and the adequacy of the decisions he makes’. 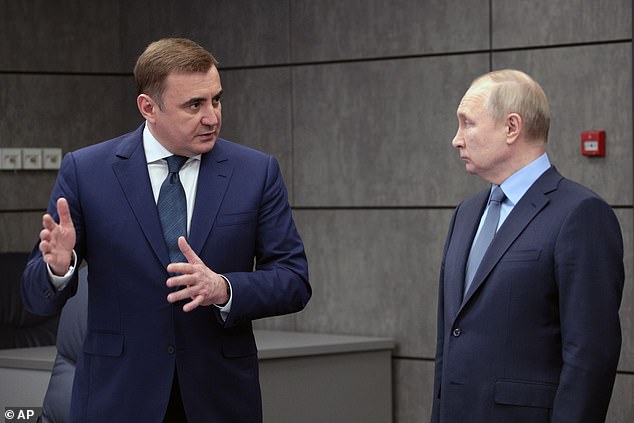 But the security elite in Russia is confident the succession will go to Dmitry Patrushev, so have not so far sought to speed up the process.

‘They expect that the power will come into their hands anyway, as a result of a legal transition process,’ said Solovey.

‘It will come to the Patrushev clan, Dmitry Patrushev, but in theory there is a chance they could ‘stimulate’ this process.’

Solovey told Russian opposition Khodorkovsky Live YouTube channel that 2023 will be Putin’s last year at the helm of Russia.

‘On top of that, it might happen as soon as the spring.’

If he fails to leave voluntarily, other people will act, he said.

‘Putin is now having his last chance, I would say,’ he said.

‘If he doesn’t make use of it, the elites will not only turn away from him for good…they will turn to action.’

Those who Putin ‘derives his support from’ will act against him.

‘If we are talking about a successor, that is just one person, only one person yet, and that is Dmitry Patrushev,’ he said.

A cancellation of a trip to Nizhny Tagil last week – to visit a major tank plant – ‘might have been related to health issues’ – or security concerns.

‘Usually when [trips] are cancelled there are two factors at play: matters of health and safety.

‘I don’t know which one prevailed in this case.’