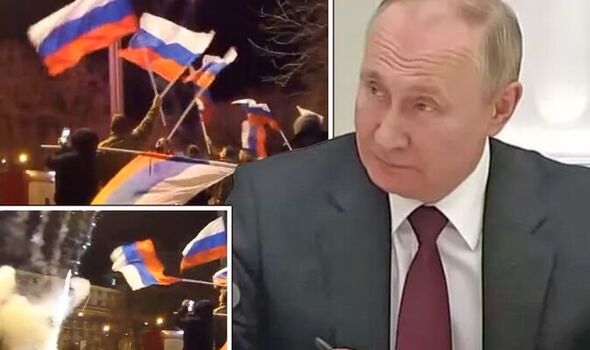 In a statement, the Kremlin said that the Russia President has decided to recognise the independence of two breakaway areas of Ukraine controlled by Russian-backed separatists.

In an official statement, it said that Mr Putin had revealed his intentions to French President Emmanuel Macron and German Chancellor Olaf Scholz that Russia will soon recognise Donetsk and Luhansk areas as independent states.

Both areas have been controlled by Russia-backed militias since the war began in Ukraine in 2014. It was prompted by Russia’s annexation of Crimea – with fighting quickly spilling out into other regions.