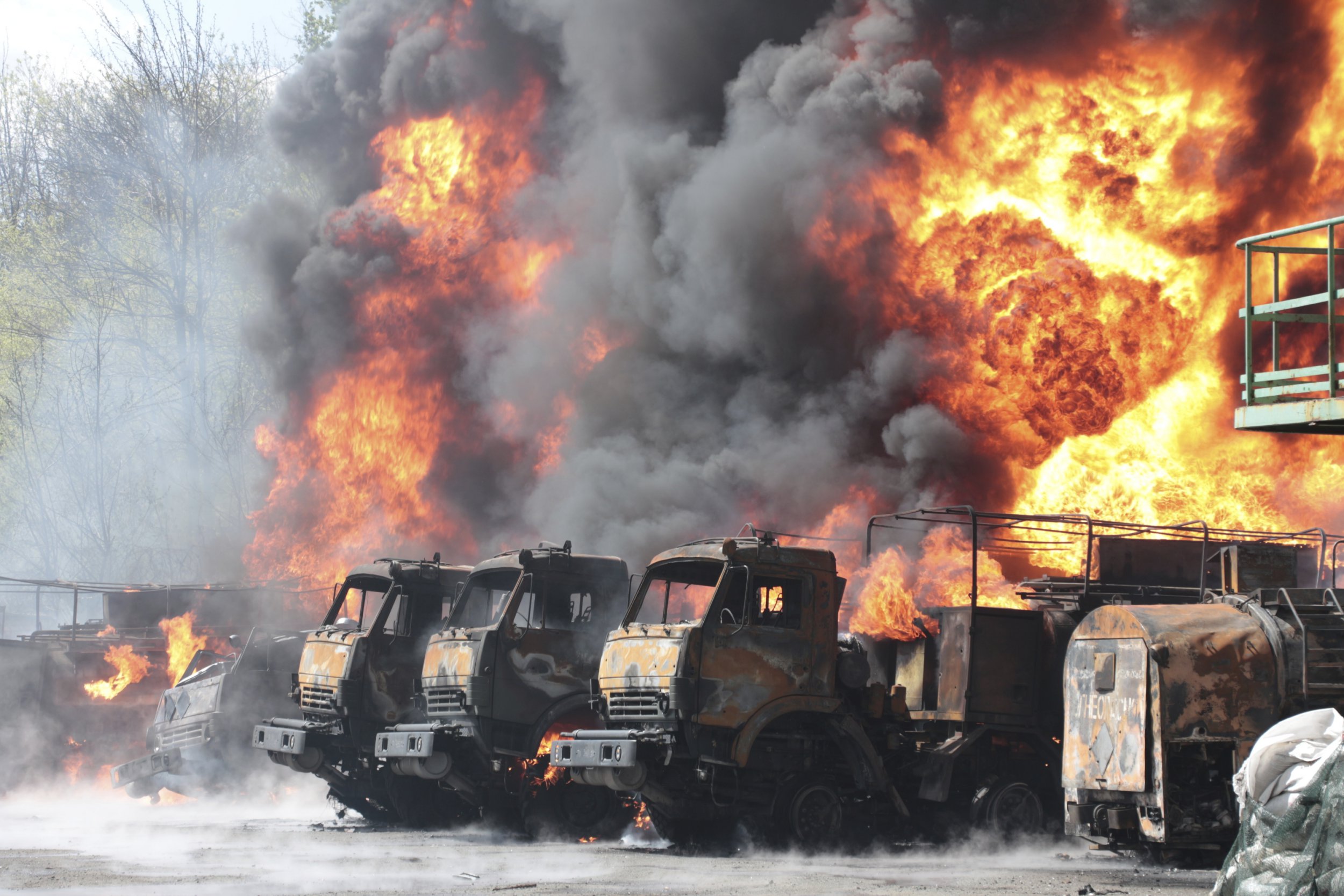 Putin has launched his deadliest attack on Ukraine for almost a month, killing at least 21 civilians in a missile blitz on Donetsk.

Russian forces are turning their heaviest firepower on Ukraine’s eastern regions after failing to capture Kyiv.

More than 20 missiles were fired from the Caspian Sea, destroying electric power facilities at several railway stations, and plunging hundreds of thousands of homes into darkness.

Donetsk governor Pavlo Kyrylenko said 10 people were killed after the Russians shelled the Avdiivka chemical plant. A further 11 were killed in surrounding towns and villages.

It is the highest daily death toll since 59 people were killed in an attack on a railway station in Kramatorsk last month.

‘For every crime committed on our land, the Russians will be punished,’ Kyrylenko said.

Attacks have also intensified in Luhansk, where governor Serhiy Haidai said ‘there are no safe cities’.

It comes as heavy fighting rages at the Azovstal steel mill in Mariupol – the last stronghold of Ukrainian resistance in the ruined port city.

Russian officials denied troops were storming the plant, but Ukraine’s commander inside the mill said Putin’s soldiers had pushed into their territory.

Responding to the strikes in his nightly video address, President Zelenskyy said: ‘All of these crimes will be answered, legally and quite practically – on the battlefield.’

The flurry of attacks comes as Russia prepares to celebrate Victory Day on Monday, marking the Soviet Union’s defeat of Nazi Germany.

The world is watching for whether Putin uses the occasion to declare victory in Ukraine or expand what he calls the ‘special military operation’.