The furious rant was sparked after the state TV channel broadcast footage of Volodymyr Zelensky’s advisor Oleksiy Arestovych giving an interview while walking around Kyiv.

Francis Scarr, who monitors Russian state TV for the BBC, tweeted the clip, adding: “Russian ‘political scientist’ Nikita Danyuk watched @arestovych giving an interview while walking around Kyiv and is outraged that people there aren’t currently cowering in their basements.”

Mr Danyuk said: “They are walking around Kyiv in peace I didn’t hear any air raid sirens.

“I can’t at all remember the last time that there were strikes on Kyiv!” 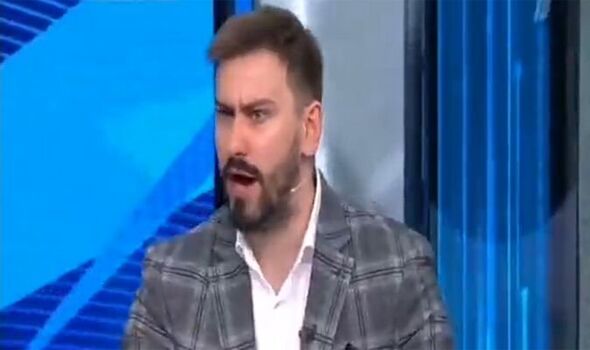 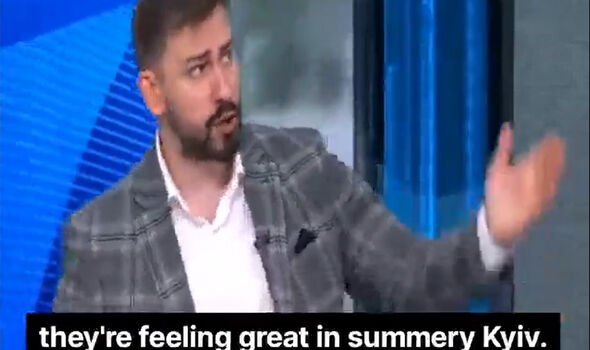 He continued: “You know, just now, my esteemed colleague Mikhail Delyagin spoke about striking the Ukrainian Security Service building and the General Staff is there too.

“I believe that from the point of view of symbols, if you are part of that Nazi government and regime, of that terrorist Ukrainian statehood then you too are complicit.

“But look at what Arestovych was saying, well everyone knows he’s a clown, but let’s say it directly, they’re feeling great in summery Kyiv.

“I don’t think there have been any strikes on Kyiv for a long time. 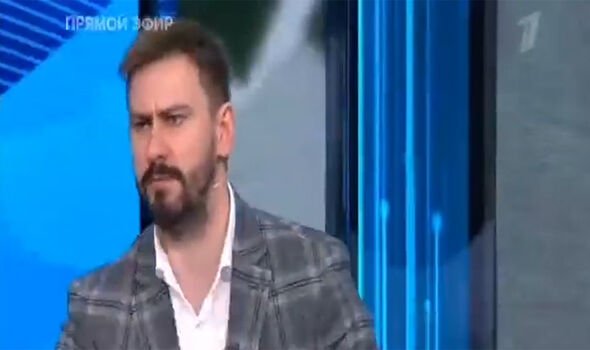 Ukraine: Russia 'will be struggling by next year' says Brown

“But we remember at one point they were trying to evacuate embassies there in a hurry – the US one, European ones, for example.

“In my view, on an emotional level and as an expert, I would really like a return to the time when people couldn’t go out onto the streets of Kyiv.

“But in that interview, they are walking around and talking in peace!”

Make no mistake Putin now in charge of Europe as EU cash feeds his war [COMMENT]
Cleethorpes: Petition launched as UK holidaymakers rage over beach [VIDEO]
Prince William and Kate ‘will show Harry and Meghan how it is done’ [INSIGHT] 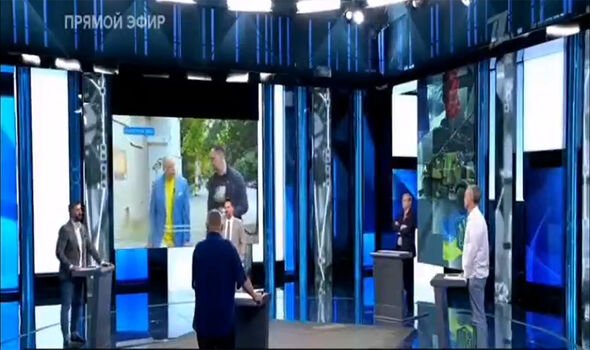 The state TV rant is the latest sign of Russia’s faltering invasion plan, with President Putin’s narrowed aim of capturing the entire eastern region grinding to a halt.

American intelligence and military officials claim the arrival of new weapons from the UK and US have allowed Ukrainian troops to take back some territory.

Mr Wallace said that Russia’s invasion of Ukraine had “faltered” and was “starting to fail”.