A shocking video clip has shown a Russian missile launched into the sky, when an apparent malfunction caused the rocket to abruptly shift direction and return to strike the site it was launched from just moments before.

The footage, filmed in the dead of night, already shows three other smoke trails leading up towards the pitch black sky, suggesting the failed missile was not the first launched in this attack by Vladimir Putin’s forces.

As the missile makes contact with the ground, a huge explosion rips across the area, sparks fly from the launch site and thick clouds of smoke billow into the night.

The sound of the blast can be heard rippling through the audio captured in the clip and, as the sparks settle, further alarms can be heard in the distance, triggered by the blast.

The clip of the failed Kremlin missile launch emerged on the messaging platform Telegram, which has been a frequent source of harrowing videos from the frontline of the conflict in Ukraine.

The account which posted the footage, the Face of War channel, provided a brief caption which asserted the missile was part of a Russian attack launched from a city in Luhansk, the Donbas region.

The caption read: “Unsuccessful launch of an anti-aircraft missile by an air defence missile system of the RF Armed Forces near the city of Alchevsk, LPR.”

RF is understood to be an abbreviation for Russian Federation and LPR refers to the Luhansk People’s Republic, a Russian puppet state formed by supporters of Putin in 2014 which self-declared independence from Ukraine. 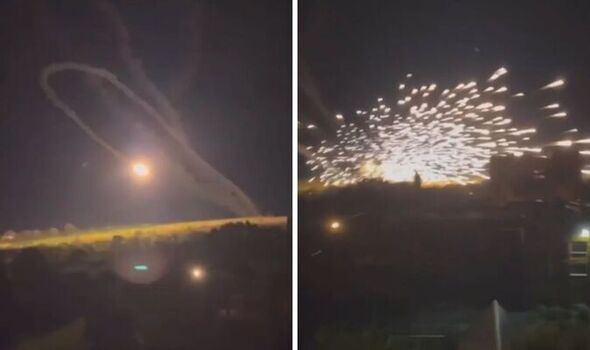 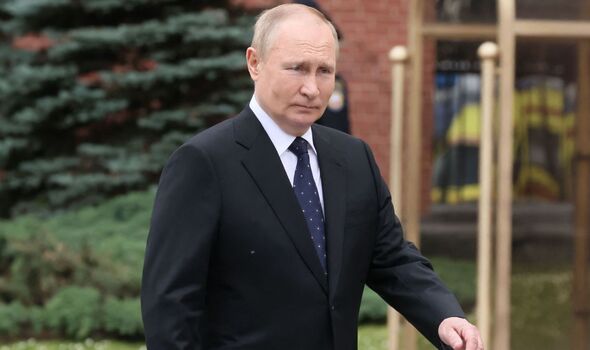 The city of Alchevsk is positioned just south of Severodonetsk, a core Russian target in the occupation of the Donbas region.

Severodonetsk has been fiercely defended by Ukrainian military forces who have acted to destroy possible routes into the city and prevent Russian occupation.

Moscow refocused Russian military efforts to the Donbas region, which sits along the Ukrainian-Russian border, after failing to capture the Ukrainain capital of Kyiv.

Vladimir Putin’s military have continued to make steady gains in the Donbas region although intelligence reports suggest “Ukraine is likely re-configuring its defence of the Severodonetsk-Lysychansk sector” in order to counter Russia strategy.

Read more: Britain has some of the most effective forces, Nato’s chief says 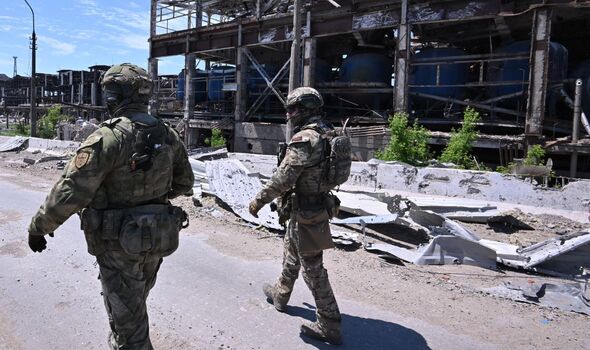 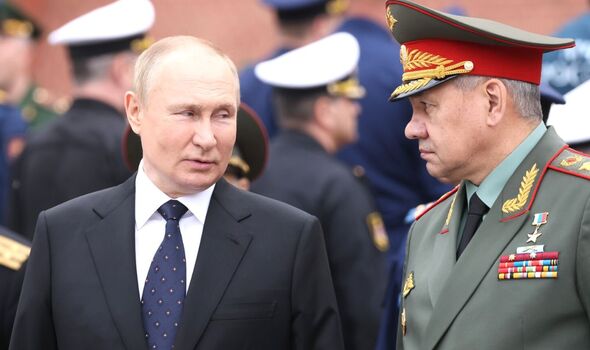 The missile system shown in the video has been suggested to be an S-300 system, a soviet era piece of military equipment.

The S-300 system is categorised as an anti-aircraft missile intended to defend against air force attack and cruise missiles.

While the S-300 is normally regarded as a strong piece of military equipment, the failed launch captured on video suggests the Soviet machinery may not have been maintained or is otherwise not operating to its full capability.

This would coincide with intelligence information which suggests the Kremlin is facing significant difficulties in the continued supply of ample ground troops and military technology to Russian invading forces. 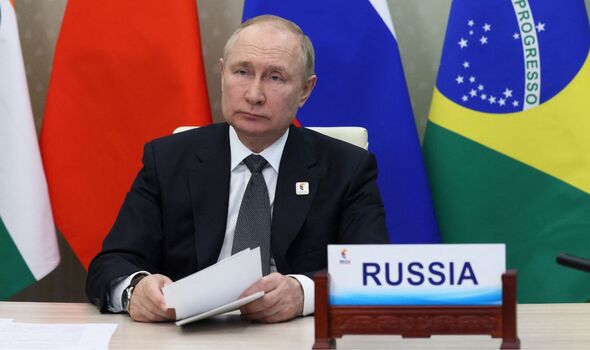 A report from the UK Ministry of Defence on Thursday indicated Russian was using “retired personnel” in the war in Ukraine, suggesting Moscow’s active military forces have been significantly depleted.

The report read: “The Russian air force is likely struggling to support the invasion of Ukraine with sufficient aircrew. This is likely due to a combination of Russia’s insufficient numbers of suitably trained personnel and its combat losses.”

The Kremlin has likely become increasingly reliant on anti-aircraft missiles, including the S-300, and other rocket launch systems as they lack an adequate air force presence.

An earlier report added: “The ability to generate and deploy reserve units to the front is likely becoming increasingly critical to the outcome of the war.”