The largest nuclear power plant in Europe has come under fresh threat from Russian aggressors as Moscow has unveiled the terrifying reality of widespread nuclear carnage. The Zaporizhzhia power plant in southeast Ukraine has been under Russian control since March, with Ukrainian workers continuing to conduct operations across the site. The Kremlin has accused Ukrainian forces of shelling the area as Russia refuses to demilitarise the region. In a horrifying new twist of events, Russia has released a graphic new propaganda clip, revealing the devastating possibility of nuclear fallout should the plant be damaged in the conflict.

Speaking on state-controlled network Russia One, host Evgeny Popov declared: “Kyiv is preparing a major provocation, it is preparing an attack.

“Because of constant shelling by Ukraine’s forces, plans have already been made to evacuate the population of the Zaporizhzhia region in case of an accident with the nuclear plant.

“Russia’s Defence Ministry warned Kyiv that, if nuclear terrorism by Ukraine’s forces doesn’t stop, Russia will consider shutting down the fifth and sixth reactors into cold reserve, which will lead to the entire plant being shut down.” 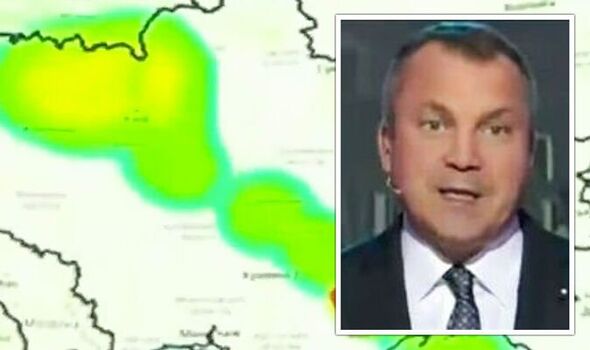 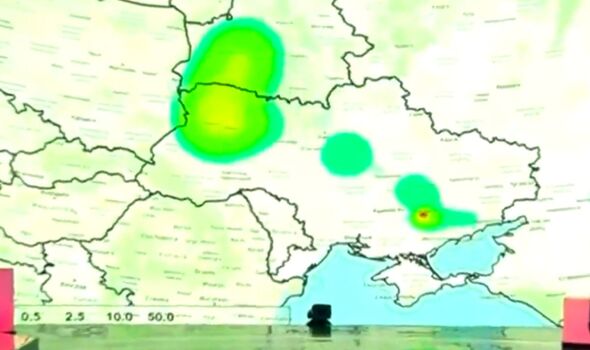 The state TV host echoed Moscow’s allegations that Ukraine was responsible for recent attacks in the area, with Mr Popov adding that America was involved in a plot to target the nuclear power plant.

He said: “The decision to shell the power plant was specifically made at the Pentagon.

“Their goal: Chernobyl 2.0 and pinning the blame on the Kremlin.”

He added: “If, God forbid, Kyiv will cause a man-made disaster, radiation from the Zaporizhzhia nuclear power plant will, not only affect a larger part of Ukraine, but also Russia, Western Europe, including the Baltics, Poland, Slovakia, Hungary, Romania, and even Germany.” 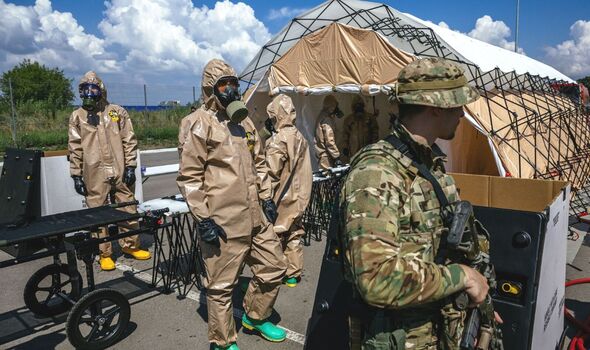 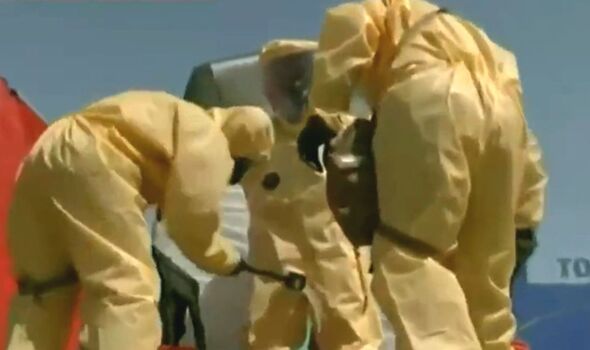 The Russian state television host encouraged viewers to pay close attention to the screen as a graphic showing the spread of nuclear fallout played.

A green cloud, representing nuclear radiation, travelled across a map covering the screen, originating in the south of Ukraine and growing to spread across much of Europe.

Mr Popov reeled off a list of countries that would suffer the devastating consequences of the nuclear leak as the animated green cloud continued to engulf European countries.

As Mr Popov’s tirade drew to a close, the map was replaced by clips of frantic emergency response units dressed in hazmat suits as they treated unconscious patients, suggesting similar horrors would become a reality if the Zaporizhzhia plant was compromised. 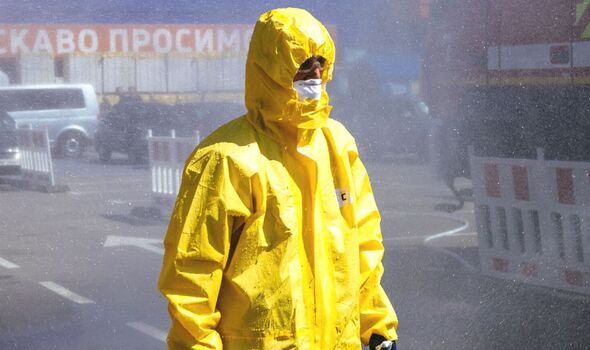 The clip from Russia One was posted by journalist Julia Davis who said: “Kremlin-controlled state TV announces that Ukraine and the US. are planning “to shell the Zaporizhzhia nuclear power plant,” preemptively blaming Ukraine and the Pentagon for Moscow’s own sinister ploys.”

While Russia has accused Ukraine of shelling areas close to the plant, Ukraine has blamed Moscow for military activity in the area.

Damage to the facility could launch a nuclear disaster as workers within the plant have already reported damage to the power supply lines that link the plant to Ukraine’s national power grid.

UN Secretary-General António Guterres has described any potential damage to the Zaporizhzhia plant as an act of “suicide”.

He added: “The facility must not be used as part of any military operation.