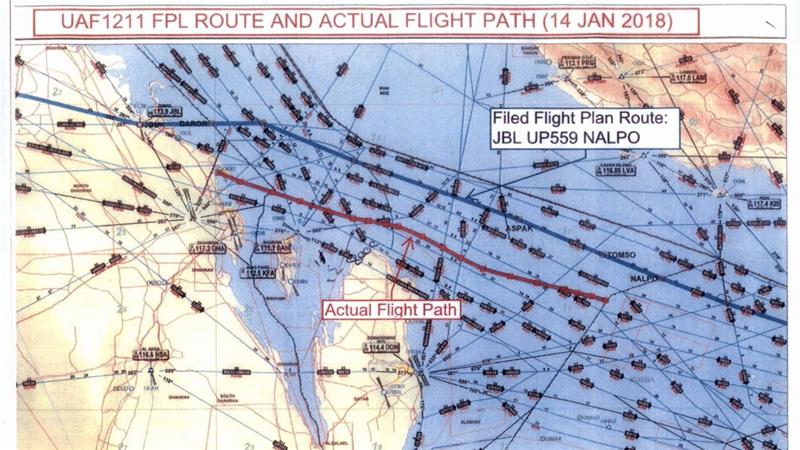 Qatar has informed the United Nations Security Council of yet more airspace violations committed by aircraft of the United Arab Emirates and Bahrain, the third such violation in four months.

In a letter sent the UNSC on Friday, Qatari authorities said a Bahraini military aircraft overflew the exclusive economic zone of Qatar on February 28.

The plane was intercepted by a Qatari fighter jet before it left Qatari airspace, according to the letter.

The Qatari mission to the UN called on the members of the Security Council to take the necessary steps to end the violations, asserting that the Qatari government reserved the right of response and defence, guaranteed by international covenants.

In a similar letter sent in January, Qatari authorities informed the UNSC of UAE airspace violations, saying they took place in the context of “irresponsible and provocative” actions by the UAE against Qatar.

In June 2017, Saudi Arabia, the UAE, Bahrain, and Egypt broke off ties with Doha accusing it of supporting “terrorist” groups and aligning itself too closely to their regional rival, Iran.

The quartet imposed a land, sea, and air blockade on Qatar, and also prevented Qatari aircraft from entering their airspace.

Qatar vehemently rejected the accusations but refrained from imposing reciprocal punitive measures on the four states.

The UAE has denied involvement in the hack.

We will use your email address only for sending you newsletters. Please see our Privacy Notice for details of your data protection rights. Abortion is…

We will use your email address only for sending you newsletters. Please see our Privacy Notice for details of your data protection rights. This weekend,…

We will use your email address only for sending you newsletters. Please see our Privacy Notice for details of your data protection rights. The anti-racism…

Zoom nearly DOUBLES its revenue forecast to $1.8bn after a surge in users as a result of the coronavirus lockdown – but costs are up…

We will use your email address only for sending you newsletters. Please see our Privacy Notice for details of your data protection rights. Month-on-month statistics…