Rail misery rolls on as strikes, staff shortages, and engineering works cause chaos for passengers

They have either reduced their timetables or warned passengers to be prepared for late cancellations.

Strikes orchestrated by the RMT union are likely to play havoc with East Midlands Railway services, affected until January 2. 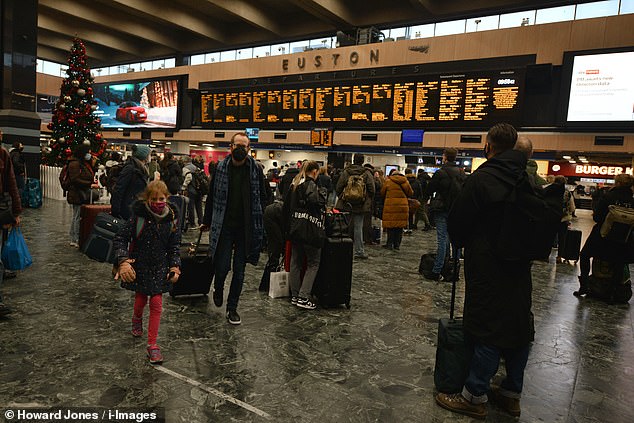 National Rail has insisted that 95 per cent of the network will remain open over the festive period.

Staff absence levels fuelled by Covid hit 9 per cent in the run-up to Christmas.

CrossCountry, which operates routes between Scotland and England, was hit by strikes on Christmas Eve with further industrial action expected on New Year’s Eve.

Disruption on its network due to planned engineering works will also see trains unable to call at Bristol Parkway between December 27 and December 31.

Some Great Western Railway services to and from Bristol Temple Meads will also be affected.

In the North, Leeds will have a reduced service between December 27 and January 3, including a severely restricted service on January 2. 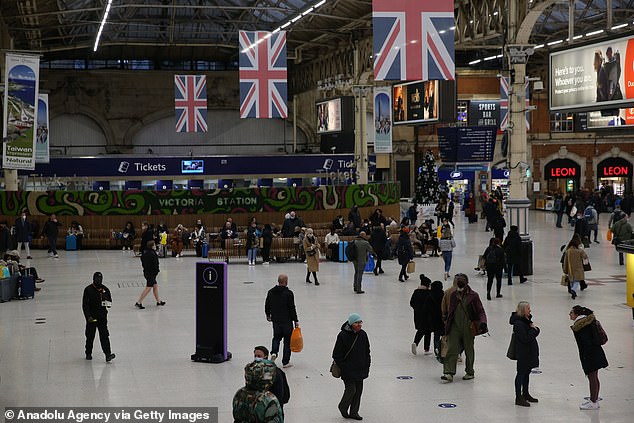 National Rail has insisted that 95 per cent of Britain’s rail network will remain open during the festive period despite the wave of disruptions.

It added that the 370 engineering projects it is carrying out over Christmas were planned ‘months, and in some cases years, in advance’.

London can also expect travel chaos due to planned closures on the Tube network, with the Piccadilly, Jubilee, Metropolitan and City lines all affected.