Pakistan’s Prime Minister has approved in principle a law on chemical castration of rapists.

The decision was made during a federal cabinet meeting but no official announcement has yet been made by Pakistan’s government.

It was made after the law ministry presented a draft of the anti-rape ordinance at the meeting. 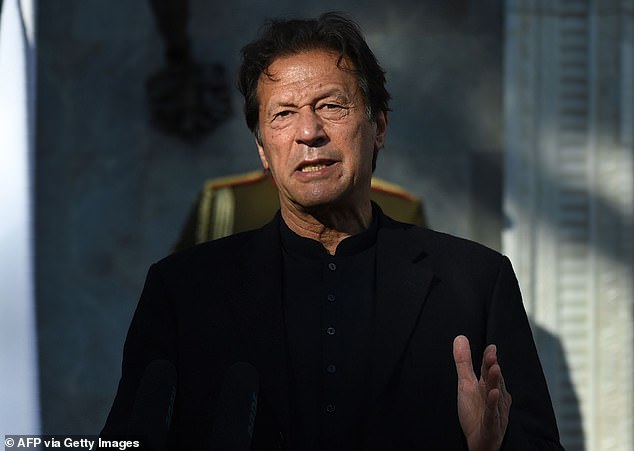 According to GeoTV, Kahn said in the meeting: ‘We need to ensure a safe environment for our citizens.’

He said the legislation would be clear and transparent with strict enforcement by officials.

The draft legislation will increase women’s role in policing and improve witness protection.

Kahn said rape survivors will be able to register complaints without fear and will have their identities protected by the government. 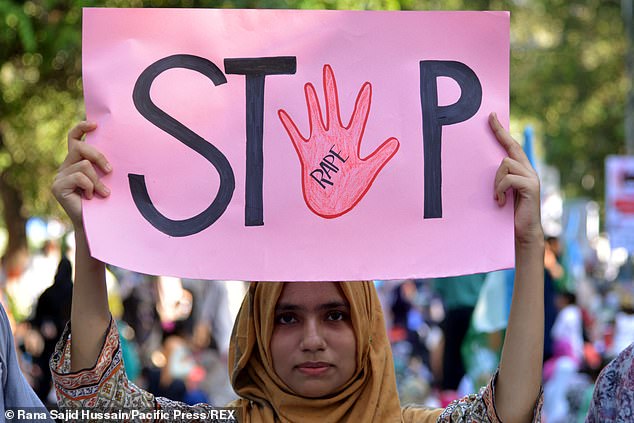 Pakistan has harsh sentences for rape but convictions are rare in the country where sexual and gender-based violence towards women is pervasive. Pictured: A woman holds a placard during a protest in Lahore after a woman was raped outside of the city and police appeared to blame her for the attack [File photo]

‘Will be implemented soon to be approved by Parliament.’

Earlier this year on September 14, he Tweeted: ‘Rising incidences of child and female abuse.

‘The harshest punishments for abusive savage beasts will lead to castration. Our government will legislate soon.’ 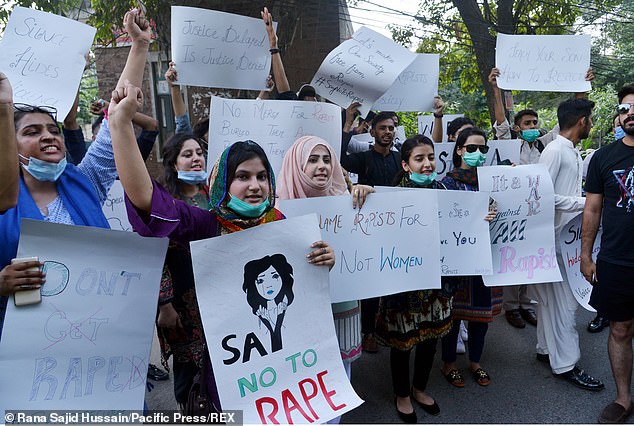 In recent years, increasingly-vocal and social media-savvy feminists have been challenging the social norms that influence the way rape cases are handled. Pictured: Protesters in Lahore demonstrate against the mishandling of a rape case in September [File photo]

Sexual harassment and violence against women is common in Pakistan, where nearly 1,000 women are killed each year in so-called ‘honor killings’ for allegedly violating conservative norms on love and marriage.

Pakistan has witnessed an increase in incidents of rape since 2018, when a serial killer raped and murdered seven-year-old Zainab Ansari in the eastern city of Kasur in Punjab province.

The case drew nationwide protests and Mohammad Imran was later sentenced to death and hanged in the case.

In September, two attackers pulled a woman out of her car which had broken down at night on a deserted highway near the city of Lahore, in eastern Punjab province, and gang-raped her as her terrified children watched. Both men were later arrested. 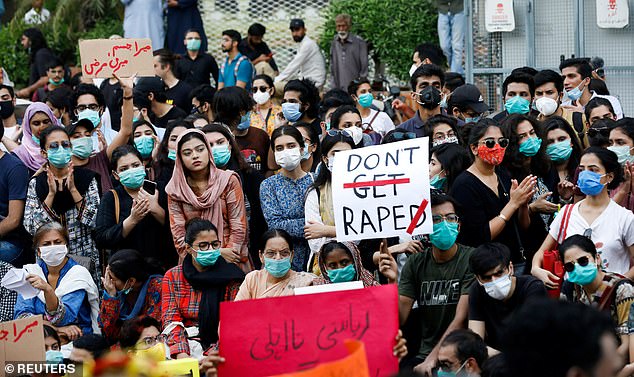 In September, the rape of a woman in front of her two children on the side of a road sparked unprecedented protests after the police officer in charge of the investigation appeared to blame the woman for her rape. Pictured: Protesters in Karachi in September [File photo]

Convicted rapists in Pakistan currently face a sentence of between 10 and 25 years in prison or the death penalty.

For gang-rape, the punishment is the death penalty or life imprisonment.

However, ineffective investigation and prosecution of rape cases are commonplace in the country where sexual and gender-based violence towards women is pervasive.

Many women fear they will be shamed or persecuted by police and others if they come forward.

In recent years, increasingly-vocal and social media-savvy feminists have been challenging the social norms that influence the way rape cases are handled in Pakistan.