A reckless biker who was filmed doing wheelies in the rain as he was chased by police through 20mph back streets in Brighton has been jailed for five months.

Footage captured Ryan Burtenshaw, 24, being tailed by officers in an unmarked police car and evading them by riding through road works in the popular tourist destination.

As officers eventually caught up with him he didn’t stop, but instead pulled a wheelie in the rain-covered streets.

Burtenshaw then sped off again through the 20mph zone, narrowly avoiding collisions with pedestrians and other vehicles. 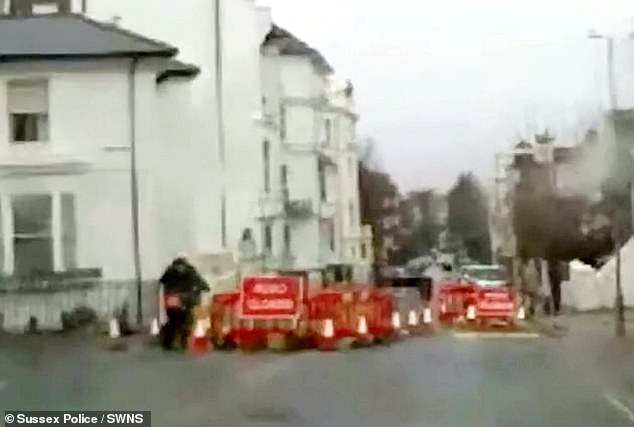 Footage captured Ryan Burtenshaw, 24, being tailed by officers in an unmarked police car and evading them by riding through road works in Brighton 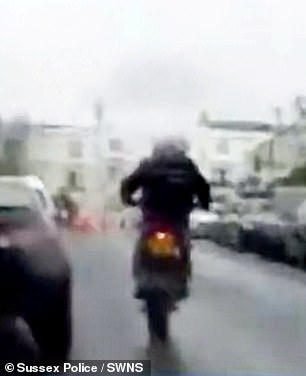 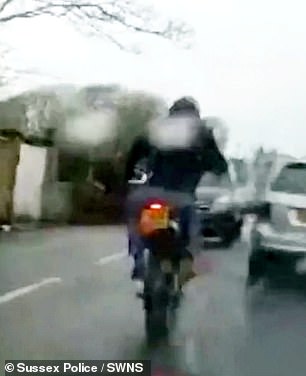 If Burtenshaw ever wishes to ride or drive again, he must complete an extended retest once he’s released from prison and no longer disqualified

He successfully evaded the Special Enforcement Unit (SEU) officers by swerving through the roadworks.

However, police identified him as the registered keeper of the motorcycle and he later admitted to being the rider at the time of the offences.

Burtenshaw, from Brighton, admitted dangerous driving, failing to stop when directed by a police officer, driving otherwise than in accordance with a license and driving without valid insurance when he appeared at Lewes Crown Court.

Judge Christine Laing KC heard how Burtenshaw’s riding fell far below the standards of a careful, considerate and competent motorist.

He was jailed for five months and disqualified from driving for one year and eight months. 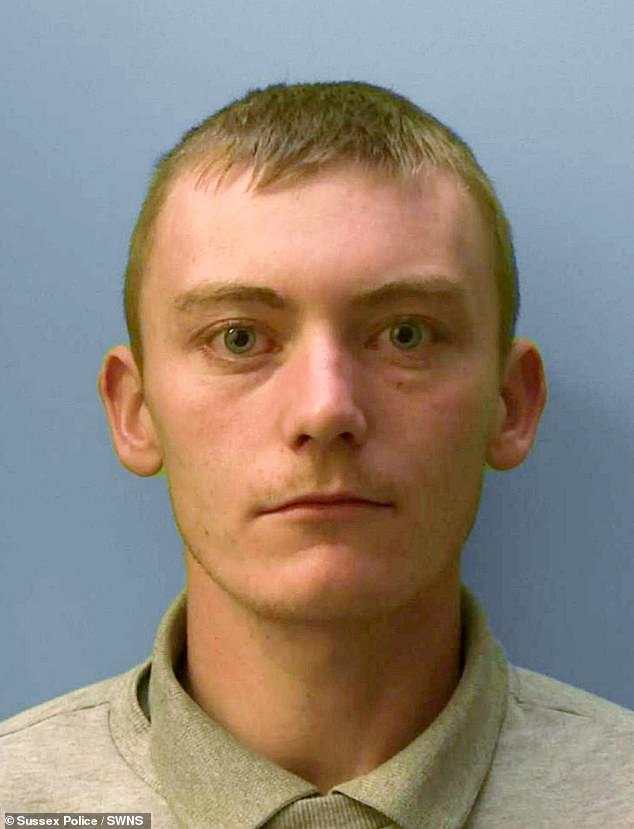 Ryan Burtenshaw (pictured), 24, has been jailed for five months after he was caught on cameras doing wheelies as he was chased by police

His motorcycle was confiscated too after the court imposed a Deprivation Order under the Criminal Courts Act on it.

If he ever wishes to ride or drive again, Burtenshaw must complete an extended retest once he’s released from prison and no longer disqualified.

Chief Inspector Andy Saville, of Sussex Police, said: ‘This case demonstrates our determination to catch offenders and to ensure our roads and communities in Brighton and Hove are kept safe.

‘The offender in this case put his own safety and the safety of everyone else at risk.

‘As a result, he has been jailed, disqualified, and had his vehicle confiscated by the courts.’