More migrants have now crossed the English Channel this year than in the whole of 2021: Migrant crossings have hit 28,561 government figures reveal – as 601 were detected in 19 boats yesterday alone

A record number of migrants have now crossed the English Channel by small boat already this year.

Around 30 to 40 people were brought into Dover, Kent on the 25-metre Border Force catamaran Hurricane around 8am.

Some clutched smartphones as they disembarked the boats with nothing more than the clothes on their backs. 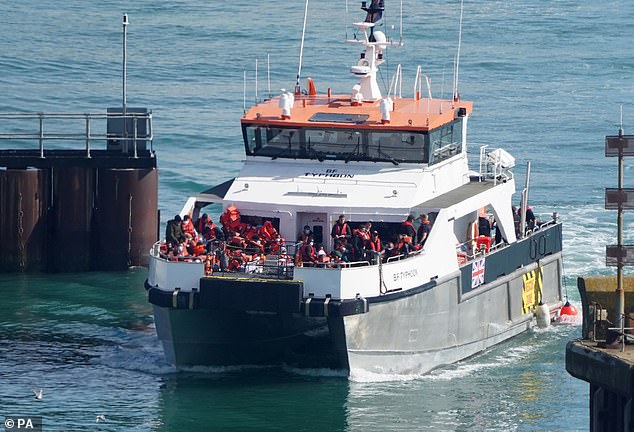 A group of people thought to be migrants, are brought in to Dover, Kent, onboard a Border Force vessel 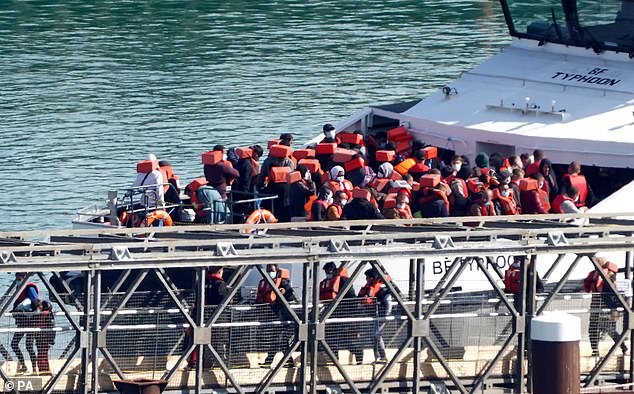 Following a small boat incident in the Channel migrants were brought into Dover, Kent 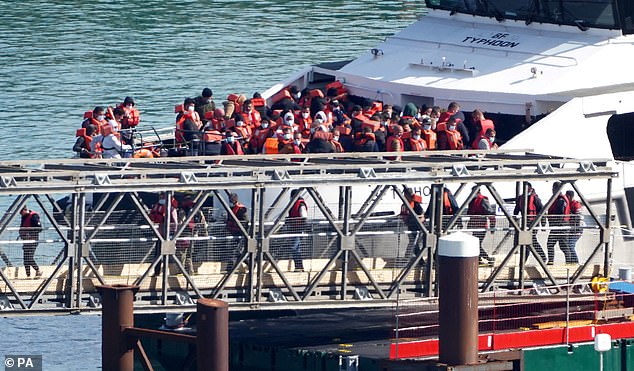 The mostly male group were escorted into a new, secluded part of the dock – the former jetfoil terminal – behind a large fence and out of view of the public.

Migrants continued to make the crossing throughout the day, bringing the total number of small boat arrivals to 3,518 so far in September.

Channel crossings first started to become significant in 2018 when 539 refugees attempted to reach the UK. 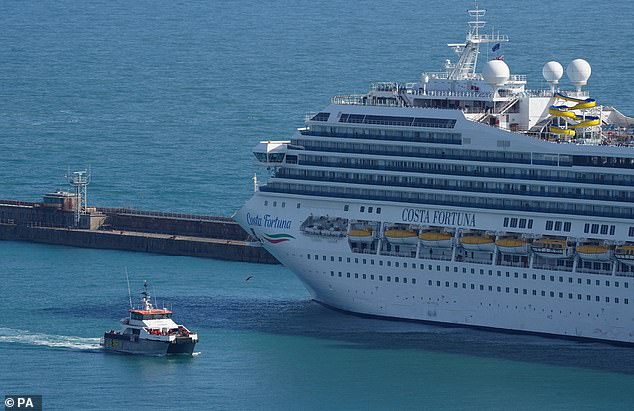 The enormous numbers come despite hard line taken by the Home Office, ignored by migrants 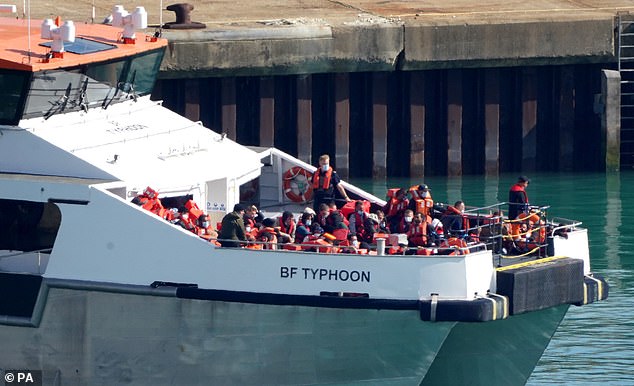 The number has increased steadily each year since 299 people were detected making the journey in 2018.

Of the 28,561 people who have been provisionally detected so far this year, 23,293 have crossed since the Government announced on April 14 that it had agreed a deal to deport some asylum seekers to Rwanda.

The first deportation flight – due to take off on June 14 – was grounded amid a series of legal challenges.

In 2021 more than half of the people detected crossing the Channel were of Iranian or Iraqi nationality (30% and 22% of the total respectively).

A further 10% were Eritrean, 9% were Syrian and 5% were from Afghanistan.

Former home secretary Priti Patel said in the House of Commons on September 5 that Albanian nationals accounted for around 60% of the people arriving in the UK via small boats over the summer.

The average has risen steadily since the start of 2021.

In 2018 there were fewer than 10 people per boat, while in 2019 and 2020 the figure tended to fluctuate between single figures and the high teens.

From 2021 the average started to increase, reaching 20 in March and 30 in August.

Over the course of 2019 almost 1,900 people had made the treacherous journey and in 2020 a total of 8,410 asylum seekers had arrived on British soil by small boat.

Figures began to significantly increase by 2021 when 28,526 migrants crossed the Channel, according to data released by the Home Office.

But with over three months of the year left to go, the number of people to journey across the 21-mile Dover Straits in inflatable dinghies and other small craft has already surpassed last year’s total figure by 35 – making 2022 a record year for migrant crossings.

August saw a record month with 8,644 people arriving on the Kent coast and the busiest day came on August 22 when 1,295 migrants crossed the Channel in 27 boats – an average of around 48 people per vessel.

Numbers are expected to continue rising today as dozens more migrants arrive in the UK.

An RNLI lifeboat brought a number of men and women into Dungeness, Kent in the early hours of this morning.

They could be seen carrying their belongings in black bin bags.

A second group of asylum seekers are thought to have landed on the beach at Ramsgate, Kent around the same time.

Shortly after 9am Border Force vessel Hurricane could be seen escorting dozens more migrants into the port at Dover.

They clutched blue blankets around their shoulders after battling cold and windy conditions at sea.

‘They should not need to be paid to do their duty.

‘It is even more ridiculous that we pay them tens of millions of pounds and get so little in return.

‘This is a shocking waste of taxpayers’ hard-earned money.’