Mayor Lori Lightfoot is making a push to keep the Chicago Bears out of the suburbs.

Lightfoot and a mayoral committee is apparently set to recommend that the city “explore the feasibility” of renovating and even adding a dome to Soldier Field, according to Crain’s Chicago Business.

It’s unclear how much such renovations would cost, though it could reportedly be anywhere between $400 million to $1.5 billion.

The reported plan comes after the Bears entered an agreement to purchase land for a potential new stadium in Arlington Heights — which sits just northwest of O’Hare International Airport and about 30 miles from Soldier Field and downtown Chicago. Such a project would allow the Bears to actually own a new stadium outright and potentially expand and build an entertainment district and more around the venue, something that isn’t currently possible at Soldier Field.

The Bears can exit their current lease at Soldier Field in 2026.

While it’s unclear what renovations Soldier Field would undergo, they’re definitely needed if the Bears are going to stay. Soldier Field first opened in 1924, which makes it the oldest stadium in the NFL, and the Bears started playing there in 1971. It last underwent renovations in 2002. Soldier Field also has the smallest stadium capacity in the league at 61,500. By comparison, AT&T Stadium in Texas can hold more than 100,000 fans at its peak.

Though a dome at Soldier Field may seem weird, it would open the stadium up to host countless more events year-round. And, with the right renovations, it might be the key to keeping the Bears downtown. 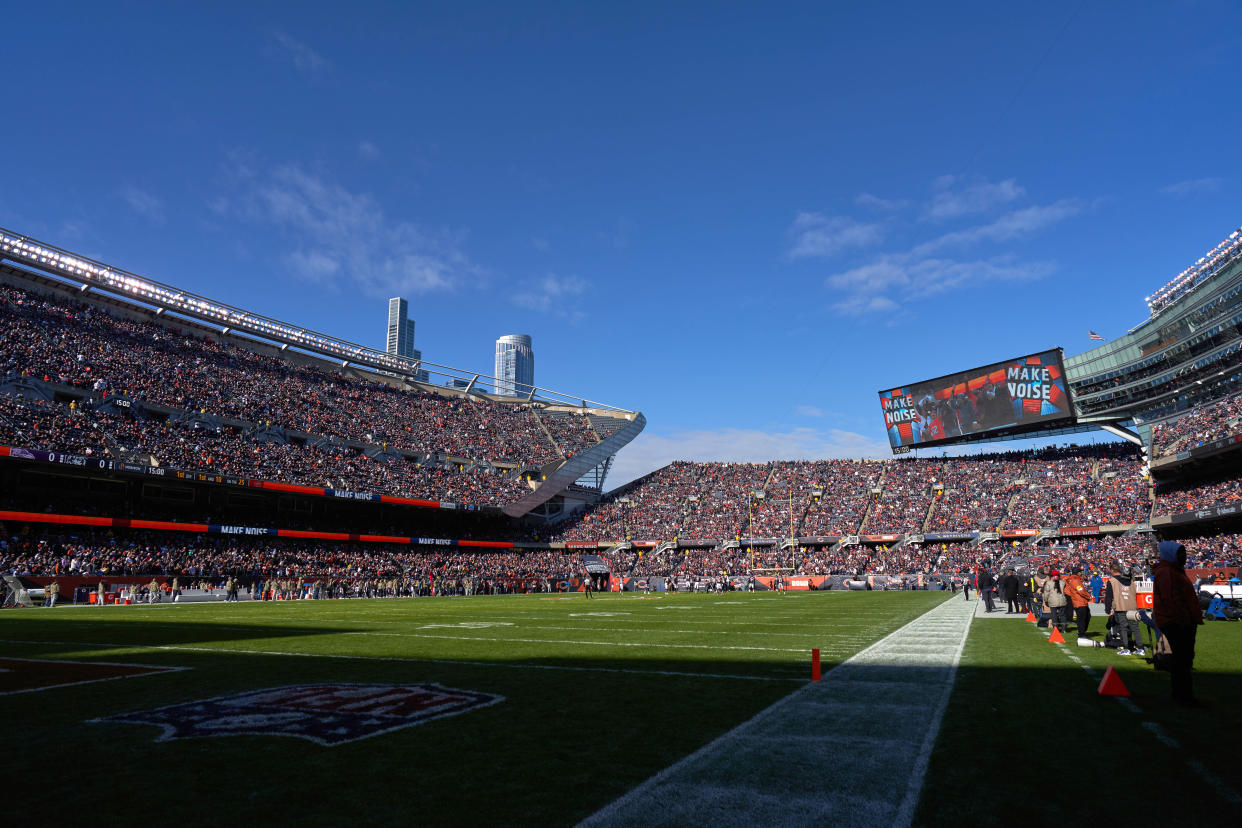