HOUSTON — A detailed report from The New York Times on Tuesday alleges that former Houston Texans and current Cleveland Browns quarterback Deshaun Watson met with at least 66 women for massages during a span of 17 months from late 2019 to early 2021. The piece also reports that Texans team security provided a nondisclosure agreement to Watson that he later employed during massages, as well as a hotel room where at least seven women met the star quarterback for sessions.

The report follows two additional civil lawsuits being filed against Watson in the past seven days, raising his number of outstanding lawsuits to 24. All of those suits are alleging either sexual misconduct or sexual assault. The most recent litigation from the last seven days raised a handful of new allegations, including that Watson once entered into a settlement negotiation that would have paid 22 accusers $100,000 each to settle out of court, and that he solicited “more than a hundred” massages with “strangers” through social media.

Tuesday’s report from the Times draws more detail to how Watson was allegedly interacting with some of the women who provided massages, including claims that he “begged” for oral sex and repeatedly sexualized massage sessions with a wide swath of women who met with him. The content of the report appears to shed light on the most recent lawsuit filed by Houston attorney Tony Buzbee, who represents the 24 women currently suing Watson.

In the 24th suit filed on Monday, Buzbee details a narrative in which Watson allegedly displayed a pattern of interacting with women under the guise of massage therapy before shifting his sessions toward sexual encounters. The Times piece details some of those alleged experiences through interviews with women who are either suing Watson or claim to have encountered him through massage solicitations. 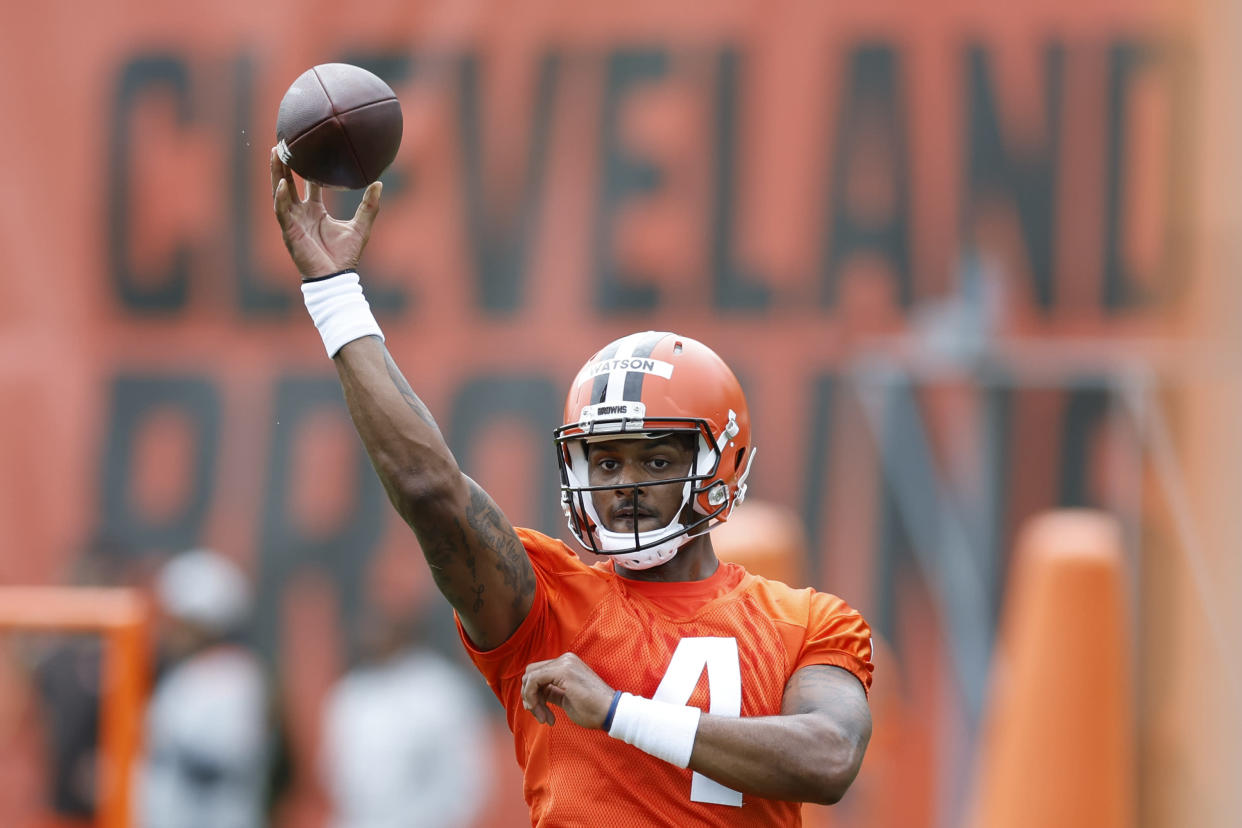 The report also draws the Texans deeper into the Watson investigation with allegations that director of team security Brent Naccara provided Watson with an NDA to use during the period in which Watson is accused of having sexualized massage sessions.

That NDA was allegedly provided after one of Watson’s accusers, Nia Smith, published a photo on Instagram showing Watson’s phone number and some CashApp receipts. Along with the photo, she added a message stating: “I could really expose you” along with an expletive. The Times reports that Watson began employing the NDA he was given by the Texans the same week.

The report further details a room that the Texans allegedly provided Watson at the The Houstonian Club & Spa during a period in which Watson was soliciting massages. The Times report says at least seven women met Watson at that hotel. Watson said in a deposition that he was not aware of whether or not the Texans knew about the massages he was getting.

Reached for comment by Yahoo Sports, the Texans denied any knowledge of allegations against Watson before March of 2021.

“As we’ve previously stated, our organization was first made aware of the allegations involving Deshaun Watson through a social media post in March 2021,” Texans director of communications Omar Majzoub said in a statement. “Since then, understanding the serious nature of the allegations, we have cooperated with every investigation regarding this matter and we will continue to do so moving forward.”

The Times piece also reportedly contains portions of Watson’s depositions taken in his swath of civil suits. In one published exchange, Watson is asked if he asked about the experience, skill level, or training of one woman he had contacted. Watson alleged “that wasn’t a priority” and that he “just wanted a massage.”

In another alleged deposition exchange, Watson was asked about reaching out to a flight attendant on Instagram who had began taking massage therapy lessons during the pandemic.

The deposition excerpt, according to the Times:

Buzbee: Can you explain why you — you reached out to her on Instagram rather than just using a therapist you had used before?

Watson: Because I needed a massage therapy.

Buzbee: Okay. You could have just used somebody you used before, right?

Watson: Yeah. I could have.

Watson: I did not.

Buzbee: You could have used the Texans, right?

Buzbee: But you didn’t, did you?

Watson: I did not.

Prior to the most recent lawsuits and Tuesday’s report, NFL commissioner Roger Goodell had stated that the league’s investigation into Watson was wrapping up. However, the league has never given a definitive timeline for a judgement on whether Watson violated the NFL’s personal conduct policy. Instead, the league has characterized the investigation as “ongoing” as other lawsuits or reports have developed.

Given that context, the most recent suits and the Times report will likely be absorbed by NFL investigators before any final decision is reached on a potential Watson suspension.