One of the best players set to play in the 2020 college football season may not be taking the field after all.

According to CBS Sports, star LSU wide receiver Ja’Marr Chase is expected to announce he’s opting out of the season on Monday to prep for the 2021 NFL draft. Chase won the Biletnikoff Award in 2019 as the best wide receiver in college football as LSU went undefeated and won the national title.

That Biletnikoff Award was well-deserved. Chase had 84 catches for 1,780 yards and 20 touchdowns as LSU’s offense shattered records. He was one of two Tiger receivers, along with Justin Jefferson, to top 1,500 receiving yards and one of three LSU players to catch at least 13 touchdown passes.

Jefferson was selected in the first round of the 2020 NFL draft by the Minnesota Vikings.

Chase was set to be a junior in 2020 and a likely early pick in the draft and potentially the first wide receiver chosen. He was a preseason All-American as voted on by the AP and will be the 12th member of the AP All-American team who won’t play in the fall. 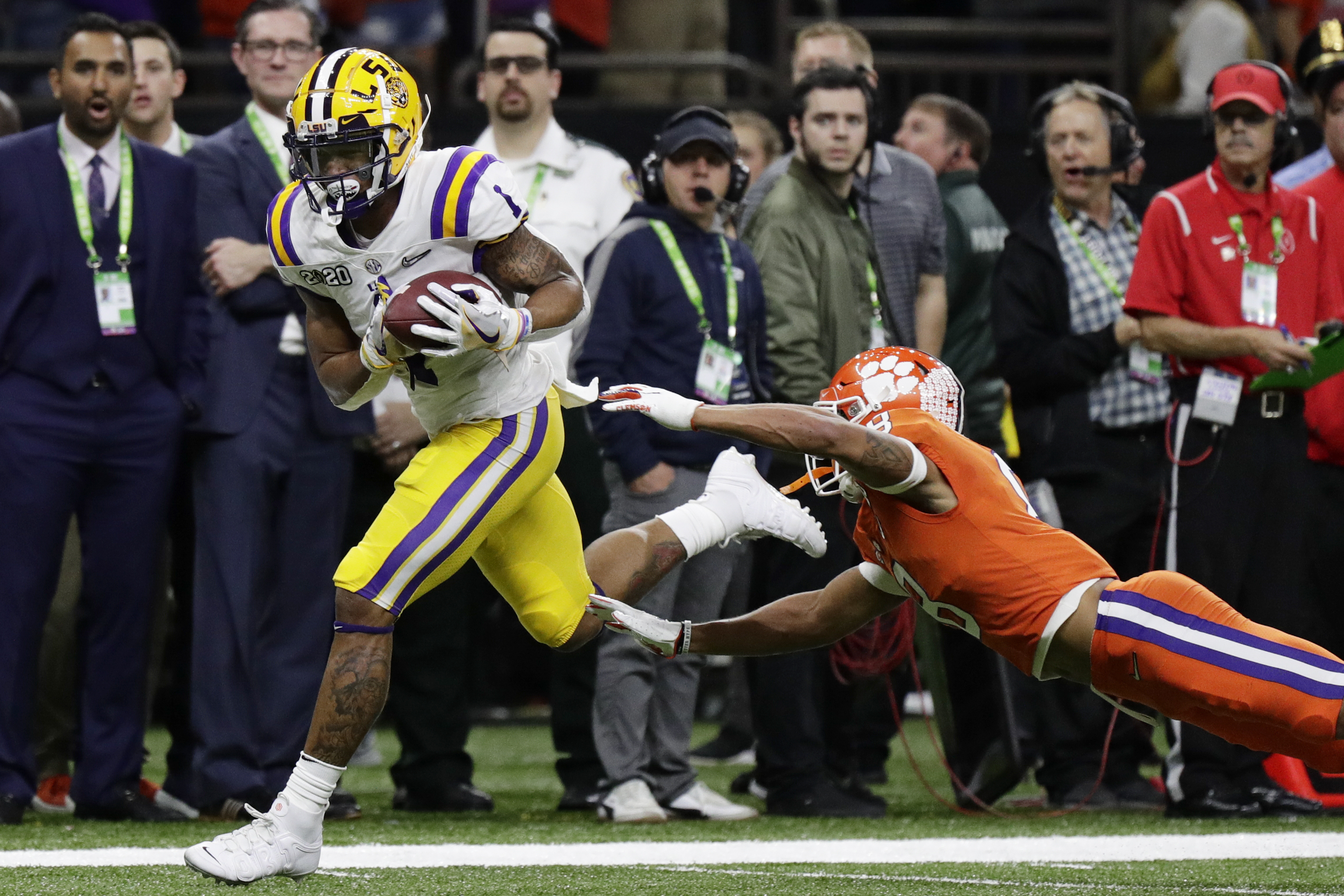 There’s a ton of talent from both sides of the ball gone to the NFL from LSU’s 15-0 team in 2019. And the crater is huge on offense.

Heisman winner Joe Burrow went No. 1 to the Cincinnati Bengals and RB Clyde Edwards-Helaire was also a first-round pick. Offensive linemen Lloyd Cushenberry and Damien Lewis were chosen in the third round and offensive tackle Saahdiq Charles was picked in the fourth.

TE Stephen Sullivan was a seventh-round choice while TE Thaddeus Moss — a player with 47 catches in 2019 — signed as an undrafted free agent with Washington.

Chase was going to be a vital part of a rebuilt LSU offense in 2020. And without him on the field, the Tigers’ top receiver is now Terrace Marshall Jr. who had 46 catches for 671 yards and 13 scores. After Marshall, the team’s second-leading returning receiver is Racey McMath. He had just 17 catches for 285 yards and three scores in 2019.

Other players who have opted out

Defensively, the biggest player to opt out of the season was Penn State LB Micah Parsons, though the conference announced over two weeks ago that it wouldn’t hold a fall football season. Parsons’ decision followed Virginia Tech CB Caleb Farley. He was the first potential early pick to say he was prepping for the draft instead of playing in 2020.

Nick Bromberg is a writer for Yahoo Sports.