As they wrap their prey in a swirling mass of tentacles, it is not immediately obvious that octopuses favour a particular limb.

But, by watching them hunt, scientists have found that the creatures are either right or left “tentacled”. 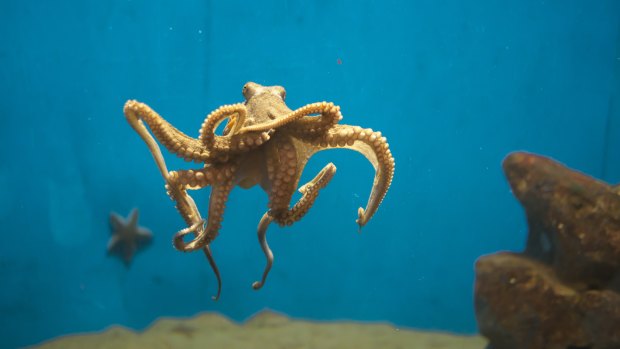 Scientists have found that octupuses are either right or left tentacled.Credit:Getty Images

Researchers at the University of Minnesota filmed California two-spot octopuses and discovered that they always used the second tentacle from the middle of their body to launch an attack before bringing an adjacent tentacle into play.

The predictable and “exceedingly repeatable” patterns of lunges could provide a blueprint for the design of underwater robots, the team suggested.

Researchers dropped crab and shrimp into water tanks containing the octopuses and recorded them in slow motion as they lunged forwards to grasp their prey.

Flavie Bidel, lead author of the study, which was published in the journal Current Biology, said she was surprised by the behaviour because “for creatures whose movement appears unpredictable, the hunting behaviour was actually exceedingly repeatable”.

Trevor Wardill, an assistant professor who studies cephalopods, said: “Octopuses hunt with just one eye. The eye that spies the food item will then be directing arms towards the prey.”

The animals will always use limbs from the same side as the eye that is pointing towards the food item, Dr Wardill added.