Right-wing black trainee vicar Calvin Robinson has said that an anonymous letter has been sent to bishops claiming he is a pimp and is ‘involved in sexual exploitation’.

The Anglican was blocked last month from becoming a Church of England priest after a white bishop voiced concerns about his belief that Britain was not institutionally racist.

‘There are forces at play working incredibly hard to prove me wrong about the Church not being institutionally racist!’ 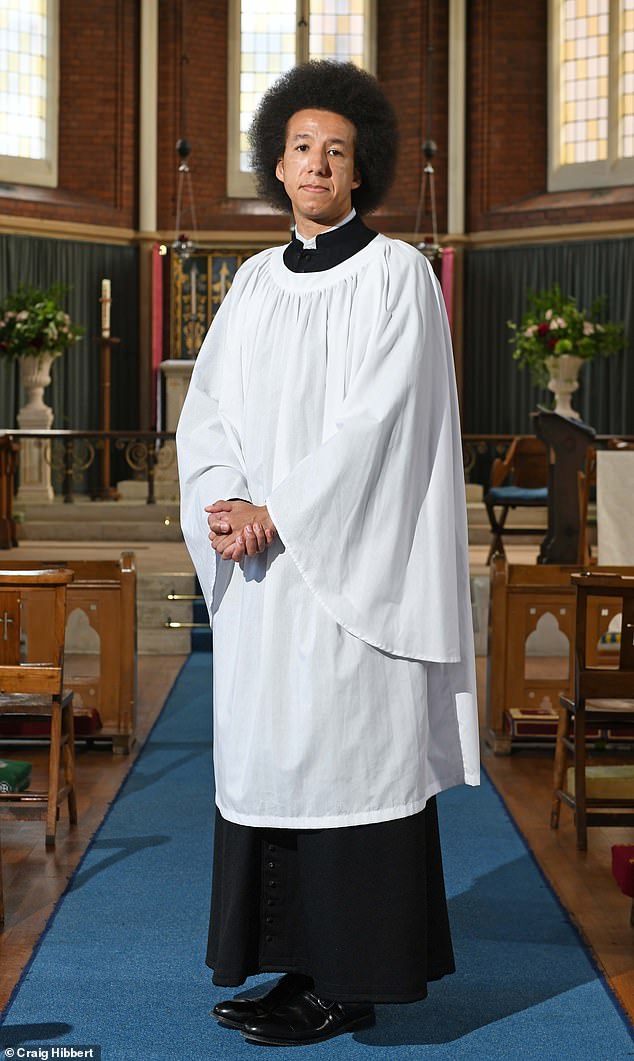 Mr Robinson, a former teacher who has trained for two years to become an ordained member of the clergy, was told earlier this year that plans for him to serve as a deacon at a parish in London have been axed.

Mr Robinson has also questioned whether the Archbishop of Canterbury, who has claimed the Church is ‘deeply institutionally racist’, had a part in blocking his ordination.

‘These people are claiming they are institutionally racist, yet they are disregarding the opinion of an ethnic minority because it is not fitting their narrative,’ he said at the time.

‘I would love to know how big a role the Archbishop had in it because he has certainly been a part of the conversation. He is the boss and the fact they have gone ahead and cancelled me suggests that he was happy with that.’

Last month, the trainee vicar told wrote in a GB News article that he left the Church of England to pursue an ordination under the Global Anglicans Future Conference network (GAFCON).

The Anglican group believe in Biblical orthodoxy and place heavy weighting on Scriptures.

‘I prefer to stick to Scripture on these issues.’

He thanked GAFCON for its support, and told the news outlet that he will be ‘ordained as a Deacon under the GAFCON umbrella next month’, where he will return to London.

The Church said last month there were only a few clergy positions in London and ‘no suitable option’ had been available in London for Mr Robinson, who became a trainee vicar – an ordinand – at St Stephen’s House, a theological college at the University of Oxford, in October 2020. 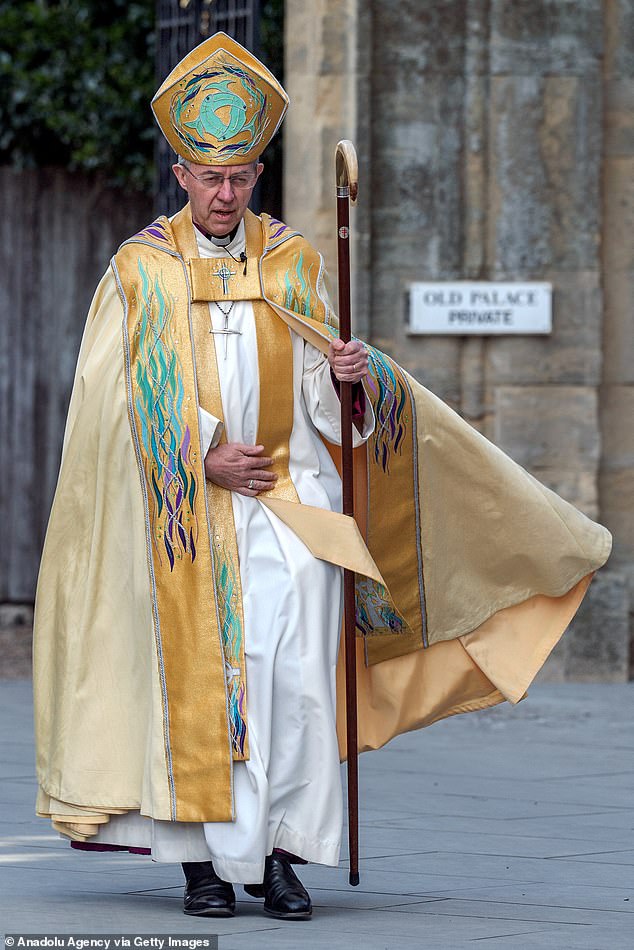 Mr Robinson has questioned whether the Archbishop of Canterbury, who has claimed the Church is ‘deeply institutionally racist’, had a part in blocking his ordination

Mr Robinson was to be ordained as a deacon with a part-time role as assistant curate at St Alban’s Church in Holborn, central London.

But in February the Bishop of Fulham, the Rt Rev Jonathan Baker, told him the role was ‘likely to prove problematic, and would not lead to a fruitful or happy formation for you in your early years in ordained ministry’.

Mr Robinson offered to reduce his media work but was told he would still not be able to take up the proposed role because ‘that moment had passed’.

At a meeting with Mr Robinson last month, Bishop Mullally insisted the decision was not about his politics, but because his ‘presence’ on social media and TV ‘is often divisive and brings disunity’.