Klaus Iohannis said “things have gone off the rails” and there is a “political necessity to replace the government” which he called an “accident of democracy”.

Romania is due to take its turn leading the EU presidency for a six-month period from 1 January.

But with the country facing its own political turmoil, Mr Iohannis has called for the Romanian government to step down instead.

“It’s the 12th hour [and] we are totally unprepared,” Mr Iohannis said.

“There’s no chance of a good government… or proper involvement in European affairs.

“It’s unclear at the government who the responsible people are.

“People who should be dealing with the EU presidency resign or they’re dismissed.”

The president’s remarks come after Romania’s European affairs minister Victor Negrescu, who was tasked with preparing the country to take over the EU presidency, unexpectedly resigned last week. 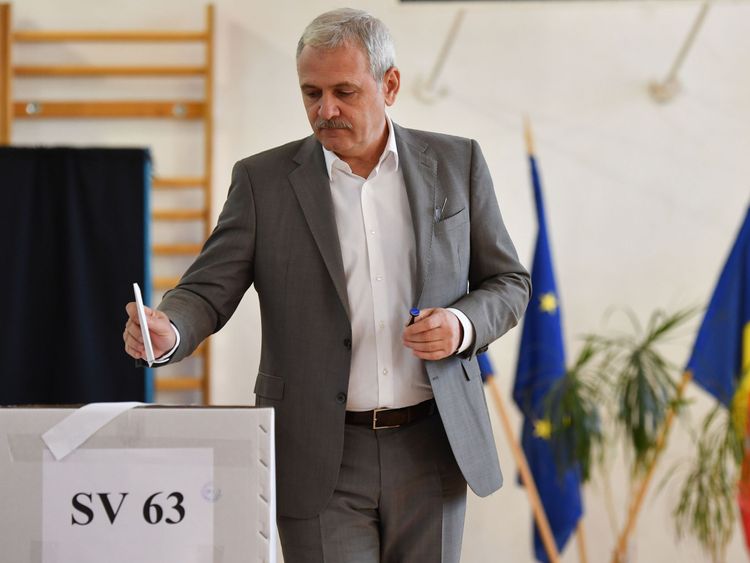 Liviu Dragnea, who is chairman of the ruling Social Democratic Party, effectively runs the Romanian government but cannot be prime minister because of his previous convictions for fraud and election rigging.

Most recently, he was sentenced to three and a half years in prison in June after it was discovered that he kept two women on the state payroll even though they worked for his party.

He was also convicted of inciting others to abuse of office and protesters have called for his resignation.

Romania is already facing censure from the EU over a judicial overhaul which EU members say undermines the fight against corruption.

The country’s parliament tried to weaken its anti-corruption laws, to add a financial threshold which would stop people being so harshly punished if the bribe was less than €44,000 (£38,000).

It would have freed several prisoners and halted investigations into other politicians.

The president nominates the prime minister after a consultation with the majority party in parliament after an election, or with all parties if no majority is reached.