Roofer, 59, who fell asleep at the driver’s seat of his £28,000 Bentley after drink-driving home from a pub is banned from the roads 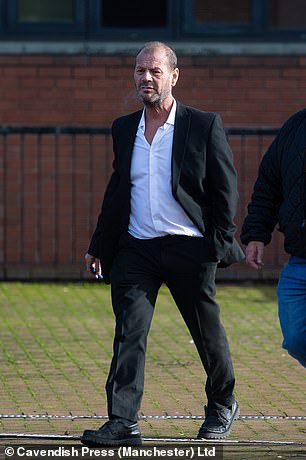 Andrew Greenslade (pictured outside Crewe Magistrates’ Court), 59, has been banned from driving

A roofer earning £200-a-week has been banned from the roads after he caught drink-driving in his newly acquired modified Bentley worth £28,000.

Andrew Greenslade, 59, had publicly boasted on Facebook how he had part-exchanged his old car for the grey Continental GT Auto – and even jokingly apologised to his long term partner for the purchase.

But last month the father of two was arrested after he drove the 198mph six litre Bentley home drunk following lunch at his local pub where he had been raising a few glasses to his late mother who had died last year.

Officers responding to reports the car was being driven at excessive speed around the area traced the vehicle outside Greenslade’s modest end-terrace home in Wilmslow, Cheshire and found him asleep in the front driver’s seat.

Tests showed he was more than twice the alcohol limit.

At Crewe Magistrates’ Court, Greenslade admitted driving with excess alcohol and was disqualified from driving for 22 months.

He could now face having to sell the 17-year old car which has a spoiler and black alloy wheels and a private registration plate. 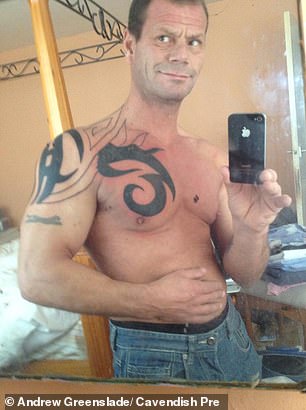 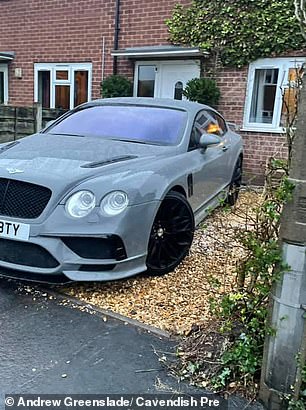 Roofer Andrew Greenslade (left), 59, has been banned from the roads after he caught drink-driving in his newly acquired pimped-up Bentley Continental GT Auto (right) 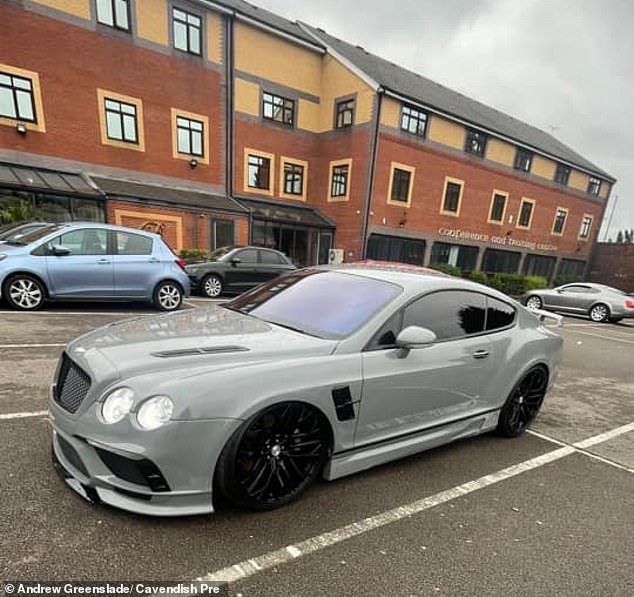 Similar models cost around £28,000. At the time of purchasing the vehicle, Greenslade’s pals had joked he had become part of the ‘Real Housewives of Cheshire’ set – prompting him to show the vehicle squeezed onto the front driveway of his £300,000 property.

Georgia Leyland prosecuting told the court: ‘On the afternoon of the 13th October 2022, a witness in Wilmslow said they could see a vehicle driving at excess speeds through a residential area.

‘When questioning him outside the vehicle, officers noted that the defendant was clearly unsteady on his feet and smelt strongly of intoxicants. He fully complied with the roadside breathalyser test which exceeded the legal limit.

‘The defendant was then taken to Wilmslow police station and later released on unconditional bail.’

Tests showed Greenslade had 81 micrograms of alcohol in 100 millilitres of breath, the legal limit being 35mg. 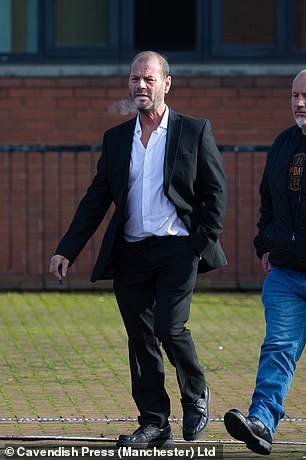 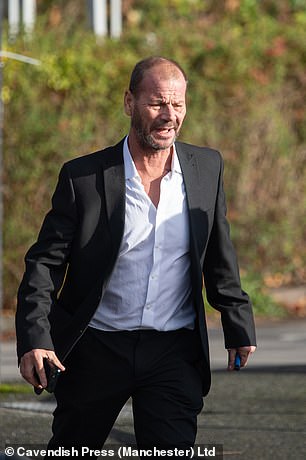 Tests showed Greenslade (pictured outside court) had 81 micrograms of alcohol in 100 millilitres of breath, the legal limit being 35mg 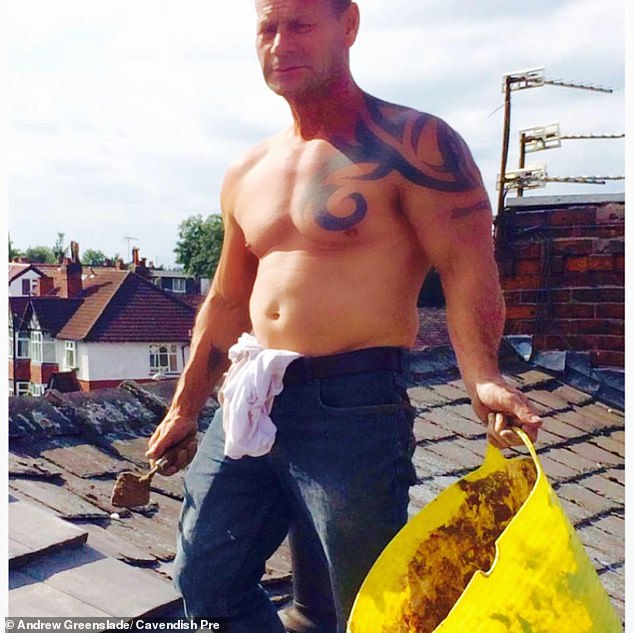 In mitigation his lawyer Sam Fixter said: ‘He is of course remorseful for what he has done, but he also did the decent thing and stopped driving. This was not a high-speed pursuit.

‘He had returned home, it was a short distance from the pub to his house. He went to the pub in the first place to commemorate the first anniversary of his mother’s death. He never drinks at home so he decided to go out and mark the occasion by having a few drinks at his local.

‘Although he chose to give no comment in interview he immediately admitted he had been drinking and pleaded guilty at the earliest point.’

‘He is a family man, who lives at home with his partner and two children. He has worked as a roofer for most of his life in the family roofing contractor business.

‘His work brings him in £200 a week. He knows this incident and a subsequent ban will mean that he will have to take a lesser role in the company. This has been a big wake-up call for him.’

In sentencing, JPs offered Greenslade the chance to take a drink driving awareness course, which if completed will see him back on the roads by the December 2024. He was also fined £200 and ordered to pay £200 in costs and a surcharge