A new cartoon depicting the Turkish president in his underwear is threatening to worsen already-tense relations with France.

Turkish officials say the image, published on the front page of French satirical magazine Charlie Hebdo, sows “the seeds of hatred and animosity”.

It comes on top of a very public spat between the two countries following the beheading of a teacher who showed his pupils caricatures of the Prophet Muhammad for a free speech class. And on Wednesday, Egypt’s president Abdel-Fattah al-Sisi also weighed into the debate, saying freedom of expression should stop if it offended more than 1.5 billion people.

Depictions of the Prophet Muhammad are widely regarded as taboo in Islam, and are offensive to Muslims.

But state secularism – or laïcité – is central to France’s national identity and curbing freedom of expression to protect the feelings of one particular community, the state says, undermines unity. 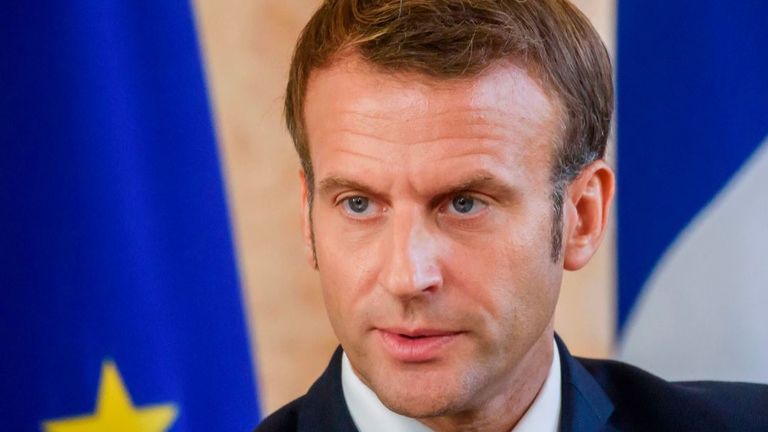 The latest cartoon shows Turkish President Recep Tayyip Erdogan sitting in a white T-shirt and underpants, holding a canned drink along with a woman wearing a hijab.

In a statement, Turkey’s Communications Directorate said “all necessary legal and diplomatic steps” would be taken against the caricature.

It added: “Our battle against these rude, ill-intentioned and insulting steps will continue until the end – with reason but determination.” Mr Erdogan had sharply criticised Macron at the weekend, saying the French leader needed a “mental health check”, which prompted France to recall its ambassador from Ankara.

On Monday, Mr Erdogan urged a boycott of French products.

He called on Turkish people to join in with the boycotting of French goods.

In a televised speech, Mr Erdogan said: “I am calling to all my citizens from here to never help French brands or buy them.”

Mr Macron has doubled down on his defence of French values, tweeting: “We will not give in, ever.”