The ‘ominous’ organ playing which accompanied the Queen’s funeral service was not to everyone’s taste as social media users likened it to Les Dawson’s famously off-key performances while others asked if the instrument was out of tune.

The solemn music took many viewers by surprise, with many comparing it to the Game of Thrones soundtrack and Phantom of the Opera.

Another suggested the musician behind the keys took inspiration from Morecambe and Wise. 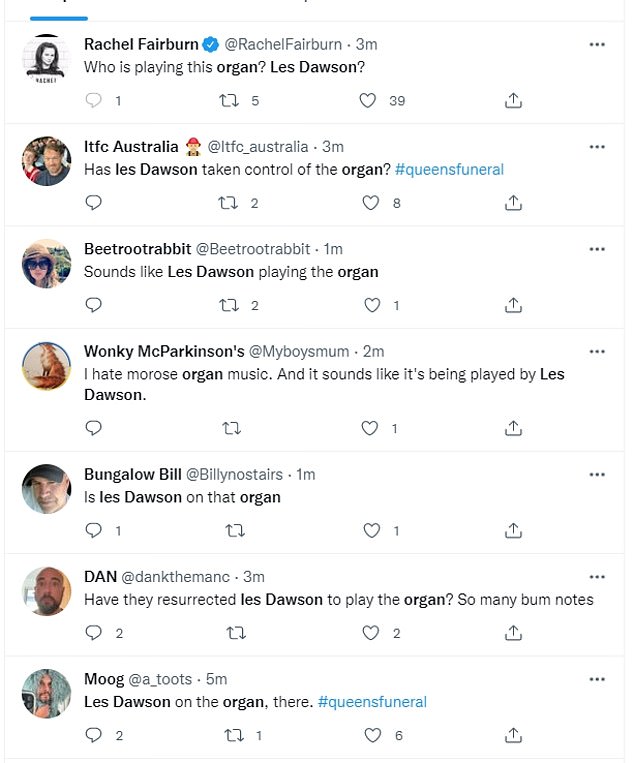 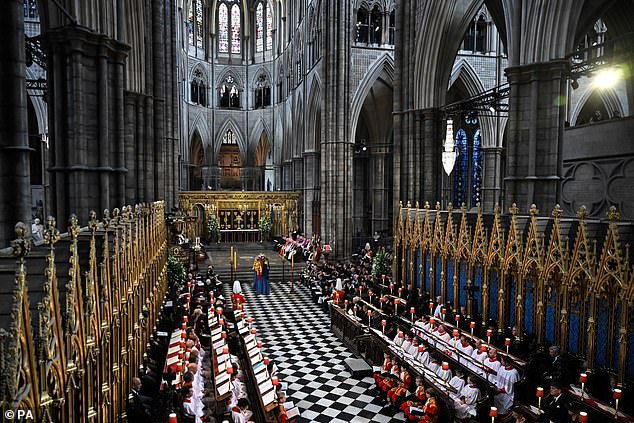 ‘Eric Morecambe on the organ. Playing all the right notes but not necessarily in the right order,’ they said.

Three hymns, two anthems and newly commissioned pieces were played on the Abbey’s organ during the service, which began at 11am today.

But the keyboard instrument which took centre stage in proceedings is clearly an acquired taste, with dozens of people wondering whether it was tuned correctly.

Tongue in cheek comparisons were also made by many with Les Dawson’s sketches, in which the comedian and amateur pianist made a show of playing the piano badly. ‘I hate morose organ music,’ said one. ‘And it sounds like it’s being played by Les Dawson.’

One person jokingly suggested that organisers should have got popstar and keyboard icon Elton John in to play music for the service.

‘Is it just me or is the organ playing a bit off? Surely they could have got Elton in?’ they said.

Another Twitter user, who said they ‘don’t care for this organ music’, asked if it was ‘really what her Majesty wanted’. 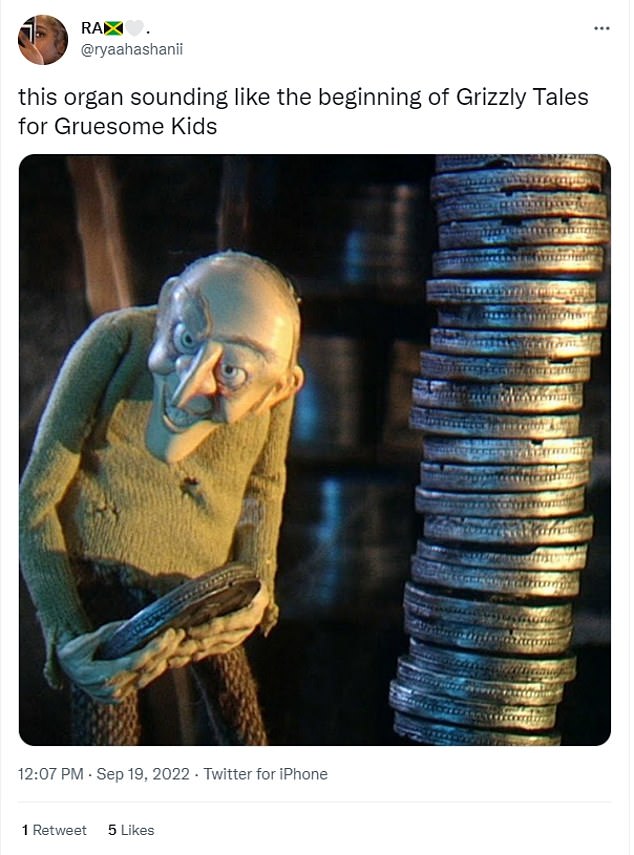 Other suggested it sounded like it was straight out of a horror movie.

One person shared a meme of TOWIE’s Gemma Collins dressed in gothic clothing, captioning it ‘not the horror organ coming in’.

Meanwhile plenty of comparisons were made with Andrew Lloyd Webber’s spooky musical, The Phantom of the Opera.

Others found the sombre music stirring, enjoying the atmosphere it created

Another drew comparisons with the sinister organ music in the 2000s ITV children’s series ‘Grizzly Tales for Gruesome Kids’.

Meanwhile, others found the sombre music beautiful and enjoyed the atmosphere it created in the Abbey.

‘The bagpipes, trumpet and organ have been goosebump-inducing, particularly in the last 10 mins,’ said one man.