Russell Group universities have been labelled as a ‘hollow brand’ and ‘self-selecting and self-promoting’ by a former Ucas chief executive.

The former head of the Universities and Colleges Admissions Service (Ucas) Mary Curnock Cook, who served in the role for more than seven years, said the 24 universities’ reputation for being ‘elite’ was undeserved.

Future students are now battling for places after getting their A-level results but as of last night, less than 600 clearing places were available at Russell Group universities and less than 24,000 courses were available in total – the lowest in four years. 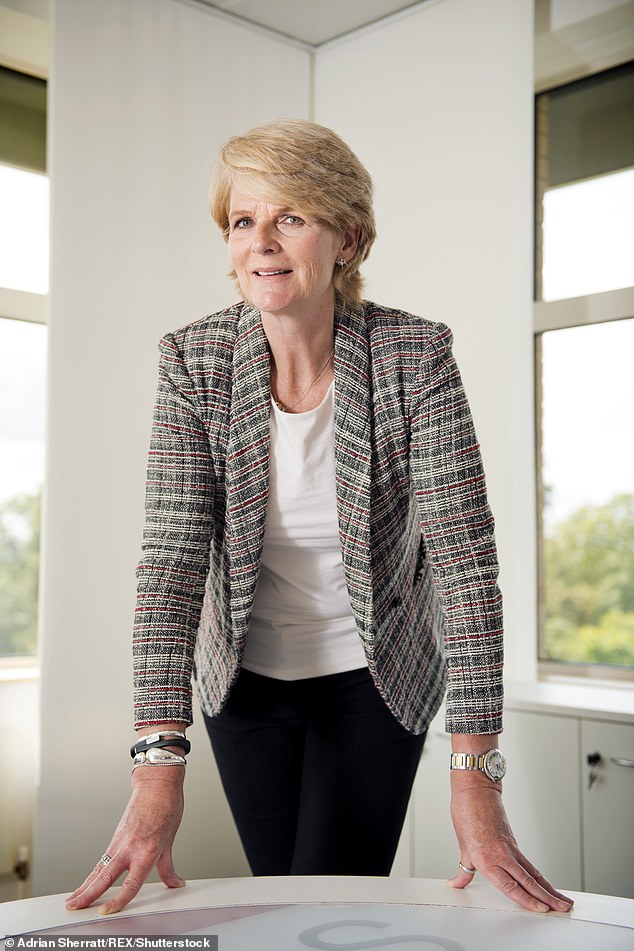 Ex-Ucas chief Mary Mary Curnock Cook OBE (pictured), has criticised the Russell Group of universities for being a ‘self-selecting’ and being a ‘hollow brand’ 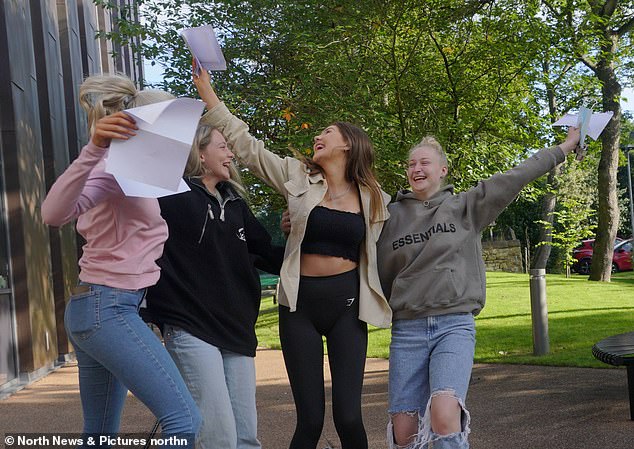 Pictured: Scenes of joy at Newcastle High School For Girls as pupils receive their A Level results after getting through a COVID-19 hit school year

Who are the Russell Group of universities? 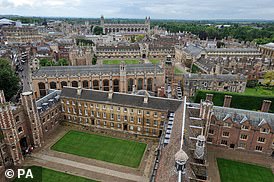 The Russell Group is made up of 24 ‘leading’ UK universities.

She said that some of the rest of the Russell Group is comprised of ‘modest performers’ as they would find it difficult to be reach the top 50 universities in the league tables, by student progress.

‘A few score poorly on teaching quality too, she added’.

She said that while Russell Group universities prize intensive research, she has seen no research suggesting this matches up to student preferences.

Russell Groups have a disproportionate number of white middle-class undergraduates and privately educated students, while just paying ‘lip service’ to diversity, she said.

Several ‘outstanding’ universities are also not included in the Russell Group and she said some should be kicked out and the criteria changed so that others can join.

She also accused the government of being selective against former polytechnics in culling degrees of a low standard.

Ms Curnock Cook now sits as a non-executive director at the Student Loans Company, and as a trustee of the Higher Education Policy Institute.

However, chief executive of the Russell Group Dr Tim Bradshaw told the Times that the criticisms were an ‘unfair attack’.

He said that over half of the members are among the top 100 universities in the world and that 91% of their research is ‘world leading’ or ‘internationally excellent’.

Dr Bradshaw added that pupils from more disadvantaged areas are going to Russell Group universities each each year – and that the institutions have low dropout rates. 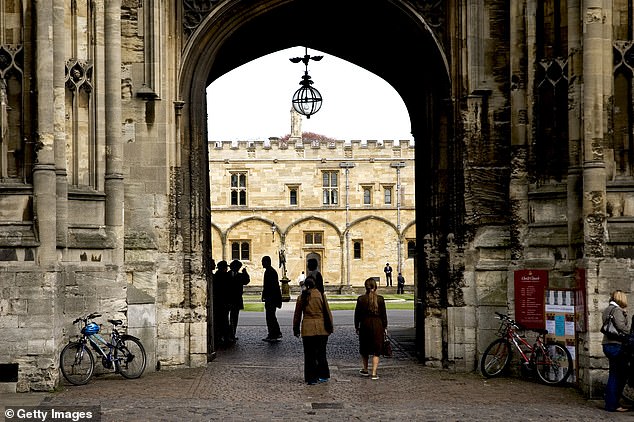 Of all students with a new place at Oxford University (pictured) this year, a high of nearly one quarter are from a deprived background

Of all students with a new place at Oxford University this year, a high of nearly one quarter are from a deprived background.

However the number of students coming from state schools has stalled.

Almost one in four students accepted by Oxford for this autumn is from a deprived background, the university said yesterday.