The attacks, first reported by GQ magazine, and confirmed by the Nine Network's political editor Chris Uhlmann. The incident occurred at the hotel where they were staying.

But US Secretary of State Mike Pompeo refused to state if foreign actors were involved with the peculiar cases of US diplomats and spies around the world falling ill with brain damage. He cautioned that the government has not reached a definitive conclusion about what is behind the so-called Havana Syndrome. 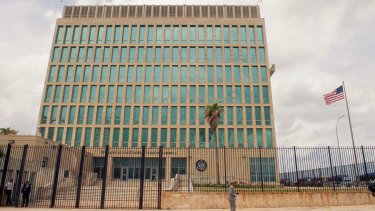 Where the Syndrome first emerged: The US embassy in Havana, Cuba.

Havana Syndrome refers to the curious symptoms first reported by American diplomats stationed in Cuba in 2016 and 2017. Diplomats in China reported the same set of symptoms. Now comes the report of attacks as recently as last year on Australian soil.

GQ also reported an instance of a similar attack targeting US President Donald Trump's former national security adviser John Bolton in London and his aide as well as attacks against CIA agents in Moscow and even in the United States. 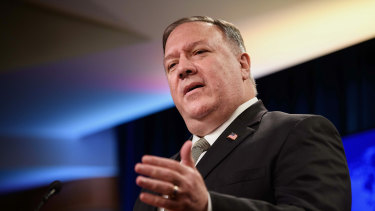 Nothing to add: US Secretary of State Mike Pompeo.Credit:AP

However this year, two experts, Robert Baloh, a Professor in Neurology and Robert Bartholemew a lecturer in Psychological Medicine at the University of Auckland said the illness was akin to "shell shock."

Their book Havana Syndrome concluded that the reported concussions and brain damage had been misdiagnosed with the real cause being stress.

Asked if the United States believed a foreign actor was responsible, Mike Pompeo who was director of the CIA at the time the attacks began in Cuba, said there were still "multiple theories" about what was to blame.

"I don't want to add anything here," Pompeo told reporters at the State Department. "It is a very complicated situation and there is not yet any complete US government analysis which definitively tells us precisely how this all came to be." 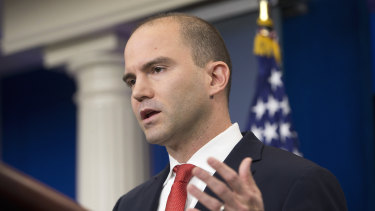 "There are significant government resources, now three-plus years on, devoted to getting to the bottom of this and then holding those responsible accountable should we determine that that's required."

But Ben Rhodes, a former adviser to Barack Obama said the Trump Administration was deliberately overlooking Russia as the culprit because of President Donald Trump's cosy relationship with Vladimir Putin.

"Many of us who worked on Cuba in the Obama Administration suspected Russian involvement from the beginning," Rhodes said.

He revealed that when he conducted secret negotiations with the Cubans he was occasionally tailed by the Russians, including being followed to a Canadian hotel where he was holding meetings with Cuban officials in 2014.

"There were apparently similar attacks happening in Russia and China. While we heard a lot about the attacks in Cuba we heard nothing about these other attacks that harmed people serving the US government," he said.

"Trump can't find a single bad word to say about Vladimir Putin and lavished praise on Xi Jinping in futile pursuit of a trade deal, ignoring all of the other US interests that were suffering vis-a-vis China."

Retired CIA agent Marc Polymeropoulos said it was difficult for him to speak out about the attack he experienced in 2017 while stationed in Moscow but said that since speaking to GQ, he had been inundated by messages of support from former CIA colleagues.

Polymeropoulos spoke out because he believes the dozens of US officials left ill by the attacks have been abandoned by the Trump Administration, which has expelled Cuban diplomats over the issue but never pointed the finger at Russia.

"This was a very difficult decision to speak out [sic]; I only wish for the United States Government to do the right thing and provide proper medical care for patriots who have suffered what is no doubt a combat injury," Polymeropoulos said.

Pompeo insisted all officials who had reported being harmed were receiving care.