Russian state TV is broadcasting the names of ALL 12.6 million Soviet soldiers killed during World War II, with 6,070 per hour over 75 days

A Russian news channel is broadcasting the names of 12 million Soviet soldiers killed during World War II, ahead of the 75th anniversary of the end of the war in May.

The unprecedented move by the state-controlled Rossiya 24 news channel reflects the Kremlin’s efforts to use the conflict to stir national pride.

The initiative was launched on ‘Defender of the Fatherland Day’ – February 23 – and is timed to end May 8. 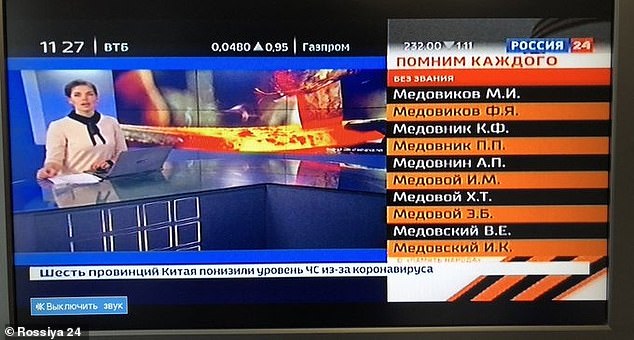 Russian TV channel Rossiya 24 has begun broadcasting the names of all Soviet soldiers killed during the Second World War (right), which will take 76 days to complete

The next day is Victory Day in Russia when tanks roll and infantry march through Red Square to mark the end of the war in Europe.

Russia is set to hold large-scale celebrations this year, 75 years after the Allied victory over the Nazis.

The USSR suffered particularly heavy losses of some 27 million people, according to official figures.

Rossiya 24 said its aim was to commemorate Soviet heroes ‘regardless of rank’.

It said the project would ‘create a factual basis to counter attempts to falsify the history of the war’. 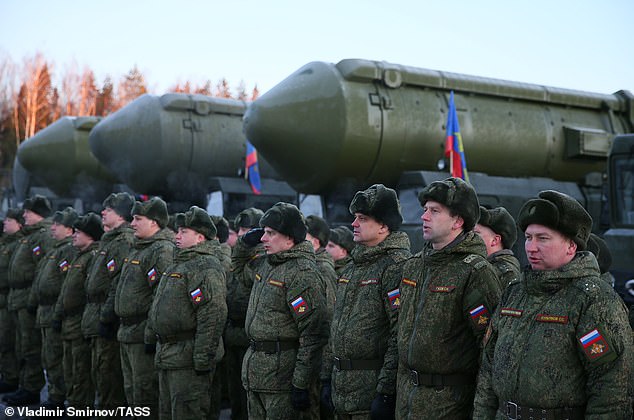 The display will finish on May 8, the day before the annual Victory Day parade in Moscow to mark the defeat of Nazi Germany (pictured, soldiers rehearse for the parade)

Russia has frequently accused Western countries of downplaying its contribution to defeating the Nazis despite the huge Soviet losses.

Tensions with some countries have risen ahead of the May 9 anniversary, in particular with Poland, which President Vladimir Putin recently accused of collaborating with Hitler.

Warsaw has in turn accused Moscow of ‘renewing Stalinist propaganda’.

The names of 12,677,857 soldiers killed and missing from the war are being aired on Rossiya 24 around the clock in black and orange, colours associated with the Russian military.

The names are listed on the right hand side of the screen, scrolling from top to bottom under the heading ‘Remember Each One,’ with 6,070 appearing per hour.

WHAT WAS RUSSIA’S ROLE IN HELPING TO DEFEAT HITLER?

While the defeat of Nazi Germany is often recalled as a victory won by Western powers, in fact it was Russia that made the largest contribution to defeating Hitler’s war machine – and paid the highest price.

While America lost some 400,000 soldiers fighting the Nazis and Britain fractionally less, the Soviets lost an estimated 12million – though that figure is disputed, even within Russia.

By the same token, it is thought that three-quarters of Nazi troops killed during the conflict died while fighting the Red Army. 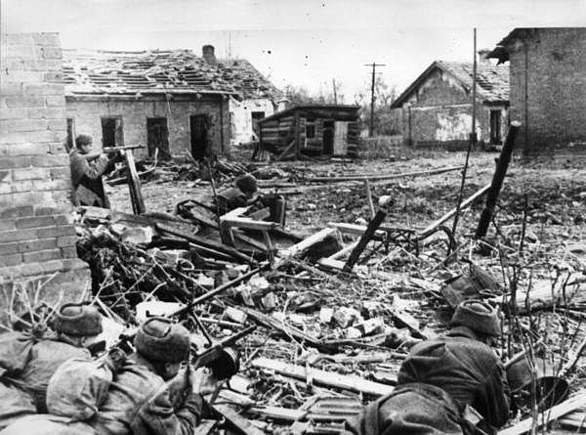 Soviet soldiers defend their position against a German advance at Stalingrad

Battles on the Eastern Front dwarfed those being fought in the West.

D-Day was the largest amphibious assault ever launched and involved an estimated 400,000 men in total, fighting on both Allied and Nazi sides.

But by contrast, the Soviet counter-offensive during the Battle of Stalingrad involved more than 2.2million men fighting on both sides.

It is among the bloodiest confrontations in the history of warfare, with between 1.8million and 2million wounded, killed or captured.

Similarly the Battle of Kursk involved 2million troops fighting alongside 6,000 tanks, making it the largest tank battle ever fought.

However, Stalin’s war record remains deeply marred thanks to the persecution of his own people and those in eastern Europe.

Estimates of the number of Soviet civilian deaths range from 13million to almost 20million, though are controversial and highly disputed.

In his memoirs, Dwight D. Eisenhower recalled Soviet Marshal Zhukov telling him that the true figure would never be known. 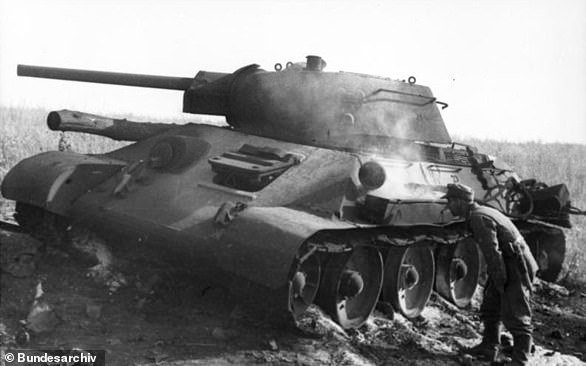