Ukraine: Wheat fields appear to be set on fire in Kharkiv

Russian troops are believed to be burning grain fields in Ukraine in order to starve the world and cause famine, as Ukraine was one of the top exporters of wheat, maize and barley. Russian blockades have been disrupting grain exports in Ukraine in retaliation, due to Western countries imposing tough financial sanctions on the Russian economy. Video footage shared on social media shows dramatic scenes of bright orange flames and thick black smoke, as the field’s crops are completely destroyed.

The footage shows a rolling line of orange flames burning through a field of wheat in Ukraine.

Flames begin to reach up to five feet in height as they roll through the field.

Thick black smoke covers the field making it hard to see the fields beside it and behind it.

Throughout the footage, you can hear the wheat sizzling as it is singed by the flames making it completely inedible.

JUST IN: Prince Harry and Meghan fear Lilibet will be ‘written out of royal history’, expert claims 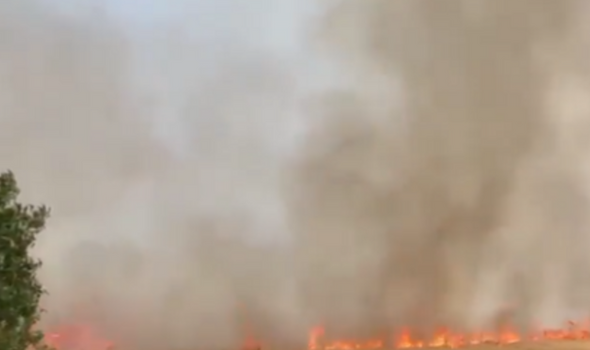 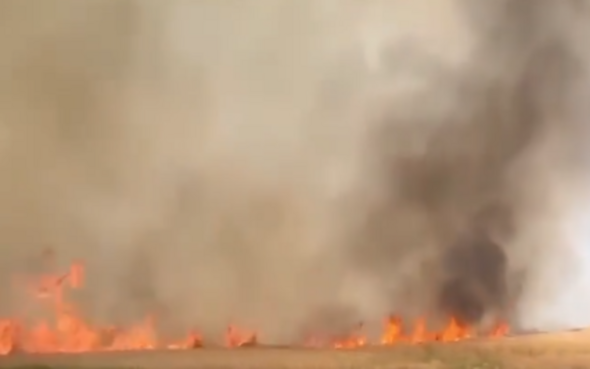 Users on Twitter have been reacting to the deplorable footage.

One user @NationalEscape said: “Good grief, let them either get it together and start producing their own food or starve if that’s their attitude.”

@Needuneedduakram said: “Who poked the sleeping bear???? West via Ukraine and we all will suffer drastically…”

@Sydney_124BC09 said: “Africa have a lot of food. Ukraine is too small to feed a single country in Africa. Ask EU they get their food in and other minerals in Africa.”

@Iamoyegun said: “When Africa is mentioned, it is better to mention the countries you refer to. Africa is a continent and consists of several tribes across several countries. Let’s not be ignorant, I’m African, and I support Ukraine, yet it is wrong to apply your words to all of Africa.”

@Storyteller said: “I surely don’t understand why you drag African into the Russian shenanigans. We don’t sell weapons nor do we fund the war. And the statement “Africa, are watching?” what do you want them to do join the war. For your information, we have 54 countries on the continent…”

@Messypouokam said: “I have no doubt that Ukraine will be a shining beacon of democracy and prosperity for the region and the world From Africa: WE STAND WITH #UKRAINE TO WIN THIS WAR, TAKE BACK ALL HIS TERRITORY INCLUDING CRIMEA.”

@Sourtwatter said: “Russia has a history of weaponizing food. Also, check out Hungary where crop fires have mysteriously increased over 500% in a year.” 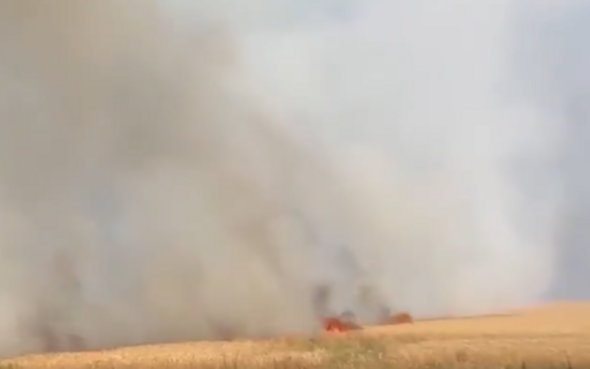 Mr Butler said: “Obviously that is before the Ukraine situation, that we’ve got used to seeing, perhaps not quite the level of stock that we’ve been accustomed to historically.

“There is no doubt that the current very serious situation with the awful war that’s going on in Ukraine is going to exacerbate that.

“I don’t think this is a passing situation there are obviously many multifactorial reasons why that’s been happening.

“It’s very complicated, it’s only my view as a farmer which obviously isn’t as a professional within the industry, I think yes we may be for certainly, I call the medium term.

“I’m not saying it’s a long-term thing but, I certainly would say we’ll see for the next couple of years I think, we’re still going got have the happy shelves.”