Russia is the biggest spreader of disinformation and the US is top target for foreign influence operations, Facebook threat report finds

Facebook has released a new threat report saying that Russia is the top source of foreign influence campaigns, and saying the company has removed more than 150 shady disinformation groups over the past five years.

The U.S. topped a list of the countries most frequently targeted by deceptive foreign influence operations using Facebook between 2017 and 2020, the report on Wednesday said.

The U.K tied for second on the list of targets of foreign influence, along with Ukraine.

In addition to foreign operations, Facebook tracks a disturbing rise in domestic influence operations that originate in the same country that they target. 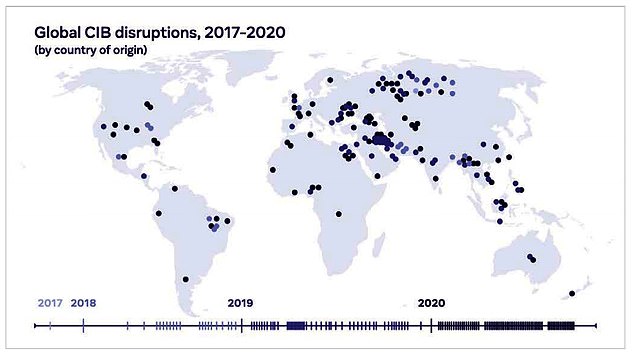 A Facebook threat report analyzed more than 150 coordinated inauthentic networks identified and removed by Facebook since 2017, seen on the map and timeline above 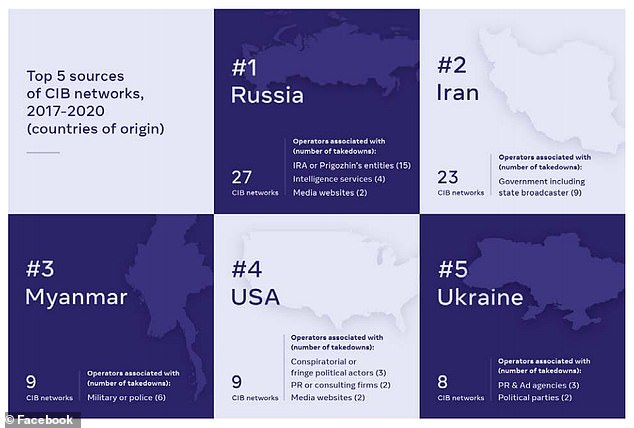 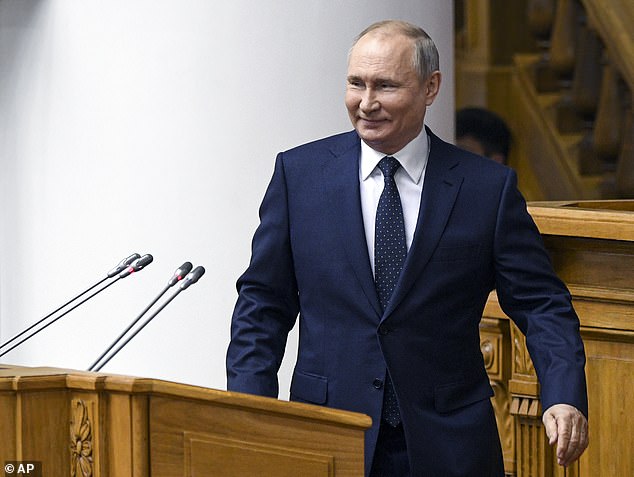 During the 2020 presidential campaign, for example, domestic campaigns originating in the United States itself were one of the top sources of ‘coordinated inauthentic behavior networks,’ Facebook said.

One of those U.S. networks was operated by Rally Forge, a marketing firm whose clients including the conservative youth group Turning Point USA, according to Facebook.

The tallies were based on the number of ‘coordinated inauthentic behavior’ networks removed by Facebook, a term it uses for a type of influence operations that relies on fake accounts to mislead users and manipulate the public debate for strategic ends.

Facebook began cracking down on these influence operations after 2016, when U.S. intelligence concluded that Russia used the platform as part of a cyber-influence campaign that aimed to help former President Donald Trump win the White House, a claim Moscow has denied.

Facebook said that about half of the influence operations it has removed since 2017 around the world were conducted by domestic, not foreign, networks. 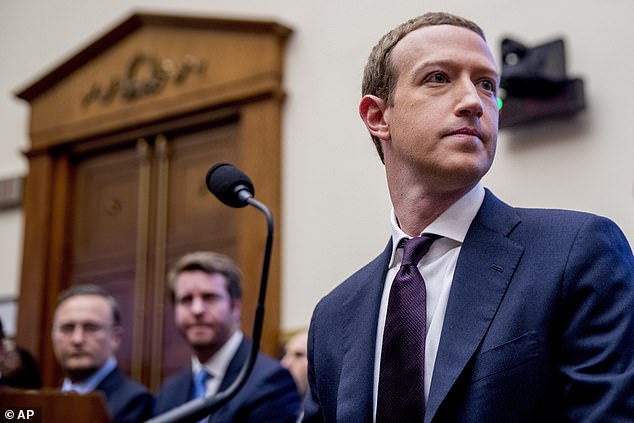 Facebook CEO Mark Zuckerberg is seen above. The tallies in the report were based on the number of ‘coordinated inauthentic behavior’ networks removed by Facebook

The US was the top target for foreign influence, with the UK tied for second

‘IO [influence operations] really started out as an elite sport. We had a small group of nation states in particular that were using these techniques. But more and more we’re seeing more people getting into the game,’ Nathaniel Gleicher, Facebook’s head of security policy, told reporters on a conference call.

Facebook said the domestic influence operations that targeted the United States were operated by conspiratorial or fringe political actors, PR or consulting firms and media websites.

Myanmar, which recently underwent a military coup, was the country targeted by the most domestic inauthentic networks, according to Facebook’s count, though these networks were relatively small in size.

Gleicher said threat actors had pivoted from large, high-volume campaigns to smaller and more targeted ones, and that the platform was also seeing a rise in commercial influence operations.

‘They’re scammers, they’re fraudsters, they’re PR or marketing firms that are looking to make a business around deception.’ 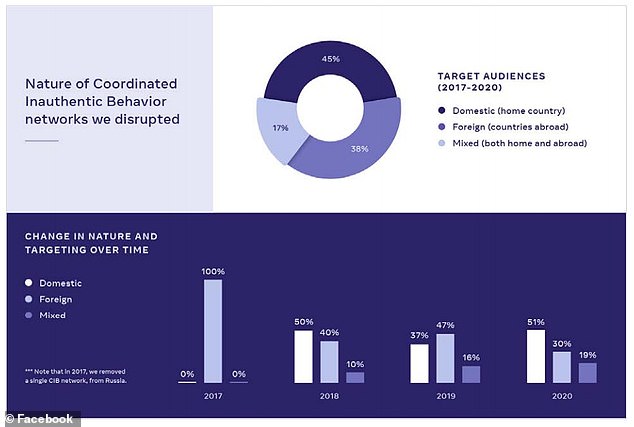 Domestic influence networks have grown over time, and tactics are more sophisticated

Facebook investigators also said that deceptive influence campaigns have evolved to be more sophisticated and harder to detect, by conscripting real people both ‘witting and unwitting to blur the lines between authentic domestic discourse and manipulation.’

‘Going forward, as more domestic campaigns push the boundaries of enforcement across platforms, we should expect policy calls to get harder,’ the company warned.

The report included more than 150 coordinated inauthentic networks identified and removed by Facebook since 2017.

‘Influence operations are not new, but over the past several years they have burst into global public consciousness,’ the report said.

‘These campaigns attempt to undermine trust in civic institutions and corrupt public debate by exploiting the same digital tools that have diversified the online public square and empowered critical discussions from Me Too to the Black Lives Matter movements.’