A HORROR plane crash is feared to have killed 19 paratroopers and injured three others in Russia.

The aircraft was carrying 22 people when it crashed in Tatarstan immediately after take off. 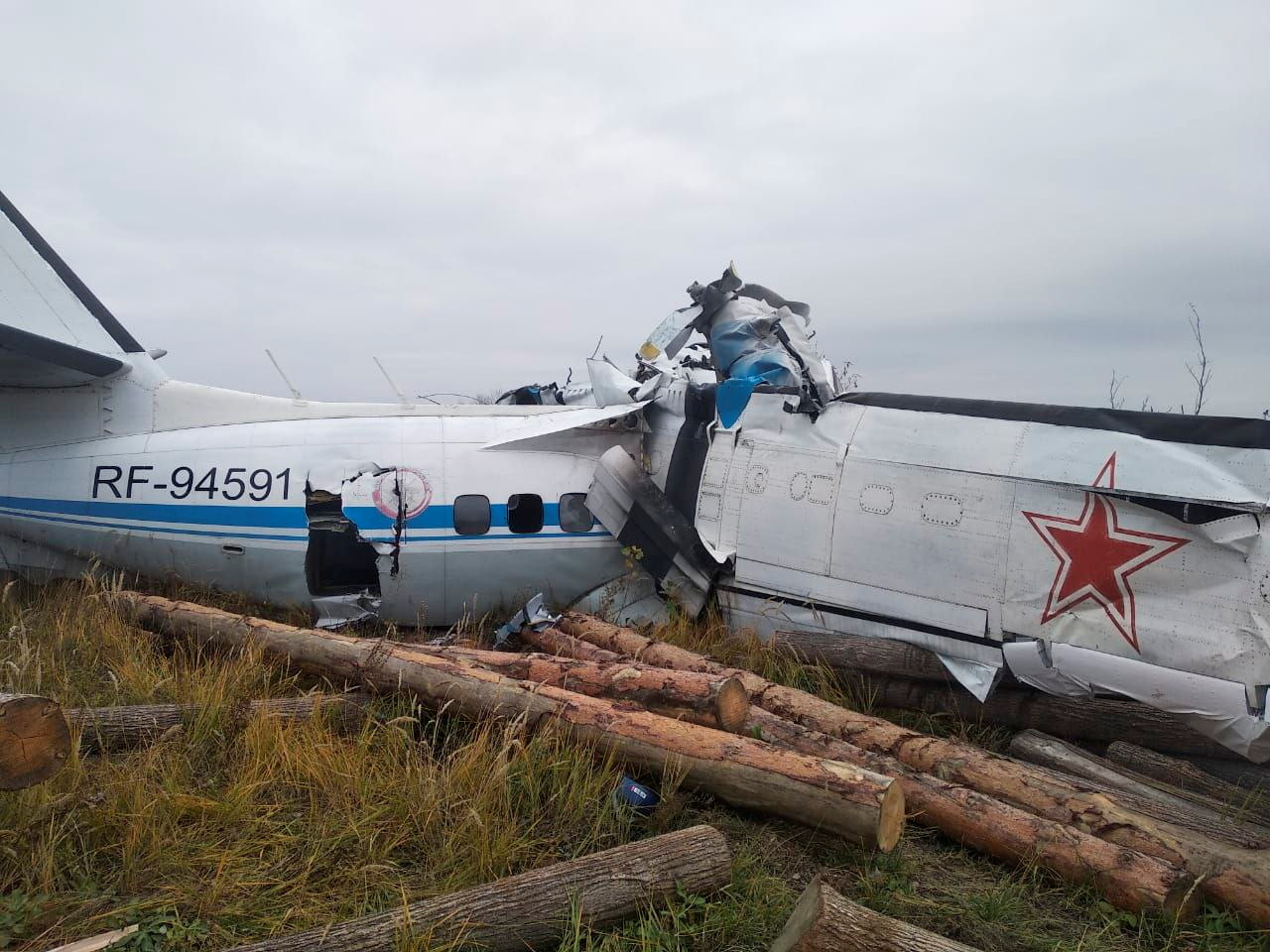 At least 16 people are believed to have died and seven more are injured, local media reports.

The light engine L-410 was being used to train parachutists frin the Menzelinsky flying club.

Some 20 of those on board were parachute jumpers, while the final two were drew members.

Witnesses said it had just taken off and was flying over low trees when it crashed.

Air traffic control reported the plane had stopped communicating with the dispatcher before it then suddenly disappeared from the radar screen.

Shocking pictures from the scene show the mangled aircraft on the ground – while video shows rescuers clambering over the wreckage.

And all 28 people on board an Antonov An-26 twin-engine turboprop died in a crash in Kamchatka in July.