Russian activist is fined 50,000 roubles for ‘discrediting’ Russia’s armed forces after protesting against the war in Ukraine with a sign displaying only ASTERISKS on it

A Russian activist has been fined 50,000 roubles (£362) for ‘discrediting’ Vladimir Putin’s armed forces by protesting in Moscow with a sign that only had asterisks on it.

Dmitry Reznikov was arrested by police in the capital on March 13 after holding up his sign against the conflict in Ukraine.

Since Russia invaded Ukraine on February 24, more than 15,000 people have been detained at anti-war demonstrations across the country, according to OVD-Info.

Marina Ovsyannikova, previously coined the ‘bravest woman in television’, was only fined 30,000 roubles (£210) after her protest on the Kremlin-controlled Channel One show.

One user on Twitter commented in response: ‘Marina Ovsyannikova, the lady who protested on a live news broadcast only paid 30,000 rubles ($280) and that was a much bigger deal than some dude on the street holding a sign with asterisks. What’s up with that?’. 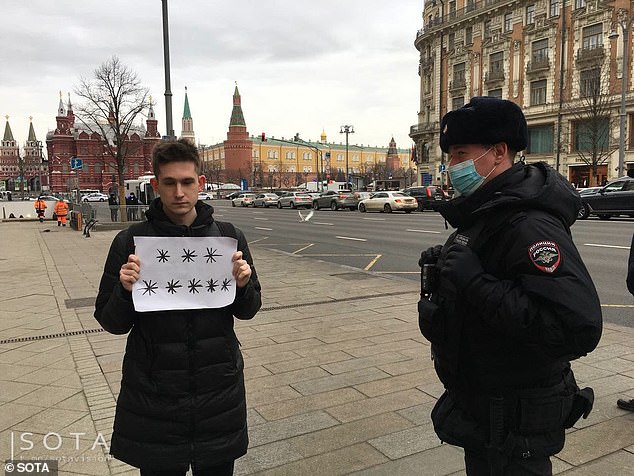 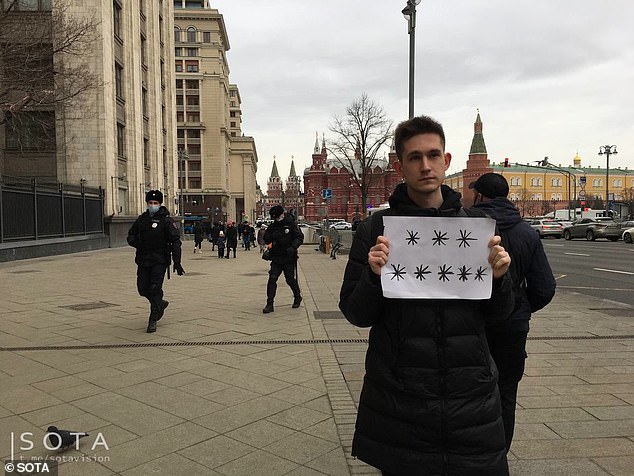 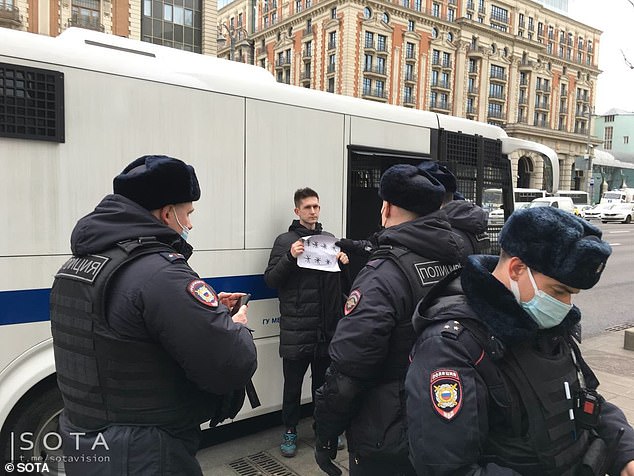 Dmitry’s conviction is part of a new protocol brought in earlier this month, with the Russian Government buckling down on ‘discrediting’ Russian troops.

His case was highlighted by OVD-Info, an independent protest monitoring group and Kevin Rothrock, an editor for the Russian independent news outlet, Meduza.

Putin also introduced new laws on March 4, criminalising independent war reporting as well as any calls to end the war – with penalties of up to 15 years in prison. Even characterisations of the attacks on Ukraine as a ‘war’ or an ‘invasion’ have been criminalised as ‘fake news’.

The country’s most widely consumed independent news sources, including the Echo of Moscow, TV Rain and the Znak news website were forced to shut down in early March.

Russia has also blocked access to Facebook and Russian language media produced outside the country – including the BBC.